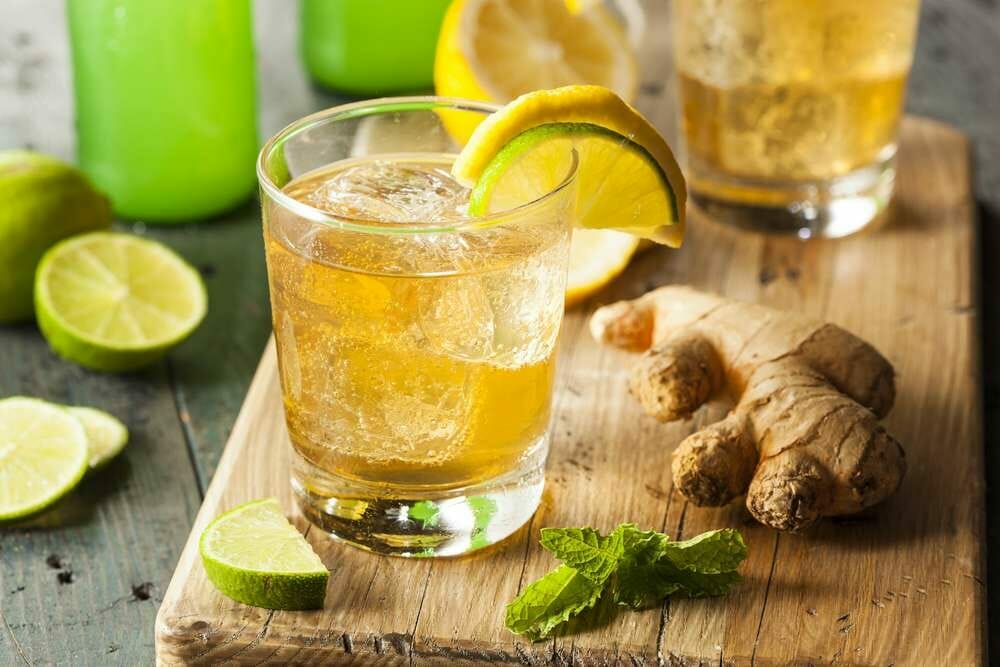 “Bring me more mead!” I don’t know about you, but when I think about mead and ale, I think of the middle ages and traveling men in roadside inns.

But actually, ale is one of the most popular alcoholic beverages even today (hint: it’s a type of beer), and mead is also still widely available. Still, if you’ve ever thought to yourself that mead and ale were the same things, you would be wrong.

In general, ale is made with malted barley, just like mead. However, there are a few critical differences between mead and ale you should know. Firstly, Mead has a higher alcohol content than ale. The Hops in ale also gives it a bitter flavor. On the other hand, mead is made with honey, which gives it a sweeter taste. The sweet taste of mead doesn’t come without drawbacks, however, as mead is much higher in calories and carbohydrates than ale.

So let’s go ahead and dive a bit deeper into the differences between ale vs. mead!

Ale vs. Mead: Which one tastes better?

Mead has a more intense flavor than ale because ale is brewed with hops which gives ale its signature bitterness.

Meads are normally sweeter due to honey but they can also be made with spices and other ingredients in order to enhance the fruity flavors of melomel or give sack mead its strong sherry smell.

Meads also have a higher alcohol content than ale and some meads can contain up to 16% alcohol.

One of the main differences between ale and mead is that ale has hops while mead does not.

This gives ale its bitter flavor and more balanced sweetness while making it light on the palate. Mead, on the other hand, is sweeter and has a strong fruity flavor.

Ale also has more carbonation than mead due to hops which gives ale its crispness. Meads are also very earthy, which ale is not.

Ale vs. Mead: Which one is healthier?

Both ale and mead are high in sugar, but mead is higher because it is made up mostly of honey.

Alcoholic beverages such as ale and mead can be good for the heart because ale contains compounds called cardioprotective agents.

Ale is believed to be healthier than mead because ale has more polyphenols and antioxidants but there is still not enough research to confirm ale’s health benefits.

Here is a breakdown of the nutritional value of ale vs. mead:

Here is the full nutritional information for ale:

Here is the full nutritional information for mead:

Ale vs. Mead: Which one is cheaper?

Mead is generally more expensive than ale because ale is made with two ingredients (water and yeast) while mead contains honey.

Here is a reference chart for a few popular mead and ale brand prices:

Ale is a yeast-fermented alcoholic drink made from grain mash and water.

Traditionally ale is brewed with malted barley and adjunct grains such as corn, rice, and sugar to increase alcohol content and add flavor.

Ales are top-fermented at ale yeast’s ideal temperature range of 12 to 25 degrees Celsius (54 to 77 degrees Fahrenheit).

At ale yeast’s favorite temperature, ale ferments quickly and has a sweetish taste with low bitterness.

How Ale is Made

Brewing ale begins with the malting process. Then comes mashing, where all the ingredients for ale come together.

The ale yeast, malt, and sometimes cereal grains are steeped in water at a specific temperature to create a sugary soup called wort.

When all the ingredients have been combined, they go through boiling for between 60-90 minutes.

This is also when the hops are added. The result is a sugary liquid.

Next, this liquid goes through primary fermentation, where ale yeast converts fermentable sugars into ale.

The ale is then transferred to a secondary vessel where it goes through maturing, which allows yeast to further ferment sugars into co2 and alcohol.

When ale has just about reached its peak flavor profile, it is bottled or kegged.

Where Ale Originated From

Ale dates back to the dawn of civilization with ale yeast being cultivated as early as 7000 BCE in Mesopotamia.

Over time, ale spread into northern Europe where ale brewers developed their own styles of ale such as porters and stouts which were invented during the Industrial Revolution.

Mead is an alcoholic beverage fermented from honey, water, and ale yeast with possible additional ingredients such as fruit, spices, or grains.

The most common types of mead are metheglin which contains spices; melomel which is a fruit mead; and sack mead, which contains high concentrations of sugar.

How Mead is Made

It is crucial that honey be free from impurities such as pesticides and antibiotics because they can destroy ale yeast.

Brewing mead begins with boiling a mixture of pure honey and water for about an hour to remove any harmful bacteria or fungi from the mixture.

When ale yeast is added, the mixture begins fermenting immediately because mead contains a lot of easily fermentable sugars.

Mead will not stop fermenting once it has been bottled unless a chemical analysis reveals that its sugar content has dropped below a certain threshold.

This means that mead will continue fermenting in the bottle and pressure may build until the bottle bursts.

For this reason, it is important to store mead under low temperatures and away from strong light.

Where Mead Originated From

Mead was first documented around 7000 BCE when it was consumed by both ale brewers and beekeepers.

Beekeepers would return from their fields with honeycombs full of nectar and ferment them into mead while ale brewers would add honey to ale in order to give it a sweeter flavor.

Ale is excellent as a drink, but it can also make a great ingredient in your cooking! Here are a few fun recipes to try using ale:

Mead is also a fun ingredient to experiment with in the kitchen! Here are a few recipes to try:

Ale and mead are two different types of alcoholic drinks that have been around for centuries.

Mead is made with honey while ale is brewed with malted barley. Mead also has a higher alcohol content than ale.

Ale vs mead comparisons can be difficult because they can differ on several different levels, such as the level of sweetness.

But ale does have more carbonation than mead due to hops which gives ale its crispness. Meads are also very earthy, which ale is not.

In addition, both ale and mead are high in sugar but ale has a lower calorie content than mead.

Ale is believed to be healthier than mead because ale contains compounds called cardioprotective agents.

Do you have any more questions about mead vs. ale? Let us know in the comments below!