How Long Can Sour Cream Sit Out At Room Temperature? 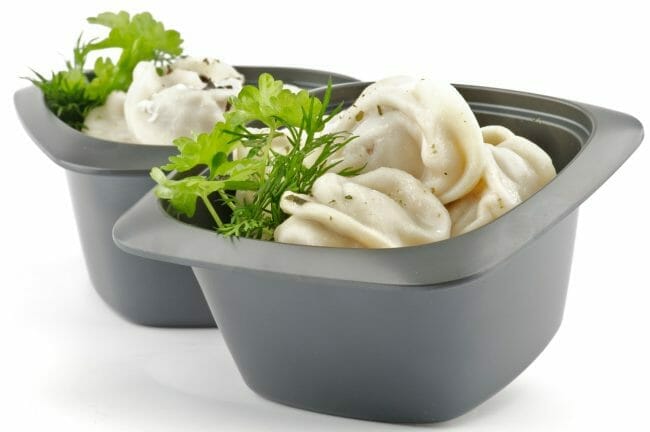 Sour cream is a beautiful addition to the dairy products you keep in your fridge. You can top your tacos or nachos, and it kicks baked potatoes up a notch.

You may know this and love sour cream, but if you noticed that the tub was left out after you put the groceries away, you might be wondering, “How long can sour cream sit out at room temperature?”

Sour cream can sit out at room temperature for no longer than 2 hours. This is the standard rule with all perishable foods, set by the United States Department of Agriculture. Sour cream that sits out at room temp longer than the 2-hour limit is at risk for bacterial growth, which can cause foodborne illnesses when ingested.

How Long Can Sour Cream Sit Out Of The Fridge?

Food that sits out longer risks entering the Danger Zone, where bacteria growth is almost guaranteed.

The Danger Zone is a temperature range that starts at 40˚F and ends at 140˚F. When food falls between these two temps, it becomes a breeding ground for dangerous bacteria that can cause severe food poisoning.

All foods that have sat out of the fridge for 2 hours will enter the Danger Zone, so get it back into the fridge.

How Long Can Unopened Sour Cream Sit Out Of The Fridge?

If you’ve already purchased a container of sour cream, you probably know that typically it comes in a plastic tub.

There should also be a seal under the top. The manufacturer puts that on as soon as the tub is filled. The seal keeps it fresh for shipping and shelving.

As you likely know, sour cream is always kept in the refrigerated section of grocery stores like Whole Foods.

But an unopened sour cream container out of the fridge is still at risk for bacterial growth that could lead to food poisoning.

You can try wrapping it in foil and securing the lid with a rubber band, but the time limit will not change. If it’s out longer than 2-hours, throw it away.

How Long Can Sour Cream Dip Sit Out?

If you whip a brick of cream cheese with some sour cream, chives, and garlic cloves, you’ll have a dip that will be the hit of the party.

Still, dairy cream products, like cream cheese and sour cream, are susceptible to that 2-hour window limit advised by the USDA.

Can Cooked Sour Cream Sit Out & How Long?

The limit is the same for cooked sour cream. It shouldn’t sit out for a moment longer than 2 hours; otherwise, you run the risk of food spoilage due to the Danger Zone temperatures we mentioned earlier.

If you missed it, you don’t want your food to reach any temp between 40˚F and 140˚F, which begins at that 2-hour mark.

When your food goes into the Danger Zone, you risk the growth of bacteria and possibly food poisoning, which is never fun.

Even if the sour cream is cooked alone or in something, once it starts sitting out at room temperature, that 2-hour clock begins to tick.

Food cools off faster than you think when sitting out in rooms that are set at 68˚F.

Can You Let Sour Cream Sit Out?

Sometimes we decide to have a party, which means that the sour cream will sit out on the table for some time.

How do you keep it fresh and safe for your guests to eat? Some people like to put it in a glass bowl and then let that bowl sit in another bowl filled with ice.

While this is a fantastic technique for keeping milk products cool while out in the open, this method does not prolong the time you can keep your sour cream out.

The Danger Zone rule still applies, so keep an eye on the clock and get it back in the refrigerator.

You can always pull them back out later after they had a chance to cool down again.

How Long Can A Dip With Sour Cream Sit Out?

Sour cream dips can sit out for 2-hours before they go bad. Bad sour cream is sometimes visible.

You may see a color change, but you may not. This is why it’s essential to look at the date on the container.

That’s a sell-by date, which means you have four to seven days after that date to use your sour cream.

Bad sour cream puts you and your loved ones in danger of food poisoning. Color changes are a clear sign that sour cream has gone bad, so even if the sell-by date hasn’t expired and you see yellow, throw it away.

Sour cream already has a sour flavor, which is why the taste can be misleading.

How Long Can Sour Cream Sit Out Before It Goes Bad?

Food spoilage isn’t always apparent, which is why that Danger Zone window of 2-hours is so essential.

When it comes to the shelf-life of dairy products like sour cream, you may see signs of spoilage, but you may not.

As we’ve mentioned, color and scent could be a possible indicator, but to be on the safe side, get that stuff back in the fridge once it’s been out one hour and fifty-nine minutes, so you don’t risk foodborne illness.

How Long Can Food With Sour Cream Sit Out?

Sometimes sour cream is an ingredient. I’ve used it to make dips, casseroles, and salad dressings. Using sour cream in baked goods is quite common.

Still, all of these foods fall under that 2-hour time limit that the USDA dubbed the Danger Zone.

Covering it with aluminum foil will speed up the warming process and move your food into those dangerous temperatures.

Sour cream is also used as an ingredient in baked goods, like cake. I use sour cream in chocolate cake, and the results are perfect.

Some cakes are stored out at room temperature for days. When it comes to cakes made with sour cream as an ingredient, you can let it sit out for two days max if covered.

If stored in the fridge, you will prolong its shelf-life up to a week.

What Happens If You Eat Left-Out Sour Cream?

Suppose the weren’t any color changes, signs of spoilage, off smell, or any other indication that the regular sour cream you left out has spoiled, and you ate it after the 2-hour recommendation.

In that case, the best you can do is hope you haven’t eaten something that will make you sick later.

The texture of sour cream doesn’t change when it spoils, and there is no guarantee that you will be able to tell if it’s bad sour cream.

Can You Get Food Poisoning From Sour Cream?

Yes. If you let it fall into that Danger Zone we keep mentioning, you risk food spoilage.

But, you can also get food poisoning from dairy products if you consume them after the perishable date, which is four to seven days past the sell-by date stamped on the container.

The shelf life of sour cream is essential because food poisoning can make you very sick.

Symptoms of food poisoning can be as bad as the flu and last weeks, so don’t risk your health for a little bit of sour cream.

Sour cream that turns warm in hot temperatures is especially risky, which is why you could keep the sour cream in a cooler with ice if you are planning a picnic or barbeque at the beach.

Foods move into that Danger Zone when kept out at average room temperature in only two hours. The typical room temp is 68˚F.

When hosting an event or eating outside in warm climates or seasons, you drastically speed up that 2-hour window.

The rule is that any temperature that is 90˚F or higher gives your food 1-hour to move into the Danger Zone. Sour cream keeps best when cold.

This is why a cooler will come in handy. Seal it in a freezer bag with a frozen cube or two.

How Can You Tell If Sour Cream Is Bad?

There are several ways you can tell if your sour cream has gone bad. If it comes from the store moldy, be sure to contact the store and get a refund.

If you’ve left it in the fridge for too long lactic acid bacteria will begin to give it an unpleasant odor.

Some people think that there was food spoilage when they open the container and see a separation of liquids. This is not the case.

That separation is whey, a protein found in a dairy cream. Manufacturers try to stabilize it, but that doesn’t mean it’s gone bad.

Sour cream is an excellent addition to any meal and can be used in many recipes, from cake to spinach artichoke dip.

While we love to create incredible meals for our families, the last thing we want to do is make them sick.

Your best option to keep that from happening is to get your food back into the fridge once that 2-hour window is up. It never hurts to play it safe.