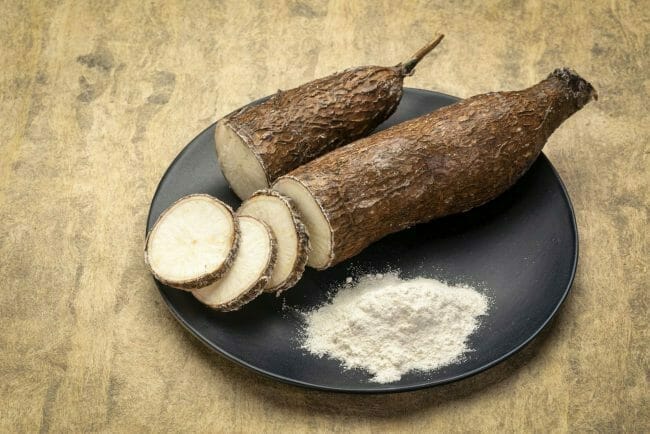 What do you do when you discover you’re out of a key ingredient that is rarely available in grocery stores? Imagine being in the middle of making a much-anticipated dinner for friends or family and realizing you’re missing the one crucial ingredient that ties together your entire dish.

Whether it’s pepper pot, a meat-based dish or your favorite stir fry, cassareep is the Caribbean kitchen staple that adds unparalleled flavor and zest to your favorite meals.

So, what do you do when you’ve unexpectedly run out? Fortunately, there are several substitutions you can use to mimic cassareep’s distinctive flavor when you are unable to get the real thing.

Because cassareep is such a unique sauce, creating a close substitution requires using a mixture of ingredients like vinegar, molasses, and a combination of cloves, cinnamon, cayenne pepper and salt. For meat-based dishes, use barley malt syrup, cassava flour, or granulated sugar as a base ingredient.

In this article, we’ll discuss some of the top substitutions for cassareep and what dishes they best complement. It’s important to keep in mind that replicating the exact flavor of cassareep without cassava root is virtually impossible, so the following substitutes hinge on channeling different elements of traditional cassareep and adjusting the other key ingredients – cloves, cinnamon, cayenne pepper, salt, and dark brown sugar – to most closely express cassareep’s original and complex taste.

Substitutes for Cassareep in Meat-Based Dishes

If you’re making a cassareep substitute from scratch and discover you’re out of molasses, try using barley malt syrup instead. In addition to being a slightly sweeter option than molasses, barely malt syrup carries a distinguished malty flavor.

In combination with other necessary cassareep staples – cloves, cinnamon, salt, and cayenne pepper – this substitute is especially complementary to pork and can be used as either a sauce or marinade.

Another way to mimic the thick, syrupy consistency of traditional cassareep is to make a roux. Essentially, roux is a thick sauce made from gradually whisking flour into oil heated in a skillet, and what better way to stay true to cassareep’s core ingredient than use cassava flour in our substitute.

In addition to the cassava flour, you can add the spices and a touch of lime juice to recreate cassareep’s warm, tangy flavor. This cassareep-inspired roux would pair well with rice and shrimp, or another meat of your choosing.

Granulated sugar is another optimal substitution for the molasses in cassareep; however, this substitution requires you to increase the quantity of the other spices – cinnamon, cloves, cayenne pepper, and salt – to approximate the complex richness of traditional cassareep.

The consistency of this substitution makes it suitable to use as a sauce, and its deep flavor profile pairs well with red meat. Try adding a tablespoon or two of Worcestershire sauce for a subtle hint of tang to use this substitution as a steak sauce.

Some even say that brown rice syrup offers a slightly nutty flavor to dishes, adding a twist to cassareep’s original flavor.

Like brown rice syrup, sorghum syrup adds a sweet, nutty taste to dishes, but it is particularly notable for its caramel accents. Using sorghum syrup as a cassareep substitute yields a very sweet sauce with heavy caramel flavors.

The spices used in cassareep allow you to make this substitute as spicy or as sweet as you like, which makes it great for glazing peaches, carrots, and even making a unique variation of caramel corn.

The salty bitterness of soy sauce resembles the distinctive taste of cassava root, which makes it an excellent base ingredient for a cassareep substitution.

To emulate the sweetness in cassareep, you can add either Worcestershire sauce with a few teaspoons of brown sugar or molasses; add cloves, cinnamon, cayenne pepper, and salt to taste to complete.

The pronounced flavor of soy sauce makes this substitution best fit for vegetable dishes; try using it to dress fried veggies for a unique take on stir fry.

Red wine vinegar serves as a great gluten-free substitute for cassareep and is easy to make. To make this substitution, you will ½ cup of red wine vinegar, 2 tablespoons of molasses, and 2 teaspoons of fresh Caribbean lime juice.

Combine the liquid ingredients with 2 tbsp of brown sugar and your choice of cloves, cinnamon, and cayenne pepper in a small saucepan and heat until caramelized.

This substitute differs from most others on our list because it places a greater emphasis on cassareep’s tanginess through using a larger quantity of red wine vinegar. The reliance on vinegar makes this substitute great for an original twist on a vinaigrette.

Worcestershire sauce is defined by its distinctively robust flavor and mimics the balance of sweet and savory in cassareep through its combination of tamarind and apple cider vinegar.

The apple cider vinegar produces a fruity tang, which best complements chicken, beef, and a variety of veggie-based dishes.

The smokey, bittersweet taste of molasses along with its syrup-like consistency makes it a go-to substitution for recreating cassareep. It’s commonly found in the baking aisle of many grocery stores, so it’s easy to find in a pinch.

Molasses is gluten-free and contains less sucrose than granulated sugar, making it a healthier option.

Because of molasses’s natural smokiness, adding additional spices is optional. To add a savory element, try adding a combination of Worcestershire sauce and soy sauce or some apple cider vinegar to taste.

Depending on your choice of additional sauces, this substitution offers a smokey, maple flavor and pairs well with pork. If you want to accentuate maple undertones in your dish, check out these maple ingredients as possible additions to your substitute.

Apple cider vinegar works well as the main ingredient in cassareep substitutions because of its tangy and sweet qualities.

To imitate cassareep’s spice level, add cloves, cinnamon, cayenne, and salt according to your preference. Heat in a small saucepan and add molasses or a similar syrup as a thickening agent.

How To Choose The Best Alternatives For Cassareep?

The bonus of having so many options for substitutions is that you can pick and choose which ingredients you want to use. For example, some substitutions like sorghum syrup can be too sweet for meat dishes while working best fruits and vegetables, and others, like molasses, add flavors like maple to dishes and pair well with pork or other red meats.

In this article, the substitutions are categorized by which dishes they best complement as well as a gluten-free section.

While most options are vegan friendly, Worcestershire sauce contains anchovies or fish sauce, so it is not a good choice for vegans or vegetarians.

Cassareep is described as having a complex flavor that contains a combination of both sweet and savory elements. The sweetness of cassareep is often compared to the taste of caramel and is compounded by a particular bitterness yielded by its primary ingredient: cassava root.

The taste of cassareep enhances the flavor of beef and other umami dishes.

Does Cassareep Need To Be Refrigerated?

Always check the expiration of store-bought cassareep, but as a general rule of thumb, cassareep is safe in the pantry for up to two years. However, if you prefer to refrigerate after opening, that is completely fine.

What Is The National Dish Of Guyana?

Pepper pot, the national dish of Guyana, is traditionally a holiday stew made of meat and a decadent gravy. The meat is cooked slowly in the dark, rich gravy, and is allowed to sit for a few days, which allows the flavors to fully mingle.

The celebrated taste of pepper pot is characterized by the stew’s defining ingredient: cassareep.

Cassareep is a fun ingredient to incorporate into your daily diet. With its cultural heritage, cassareep adds both gastronomic delight and an educational edge to your favorite meals. Experimenting with creating your favorite substitutions allows room for creativity in the kitchen and a deeper exploration of flavor. Happy cooking!