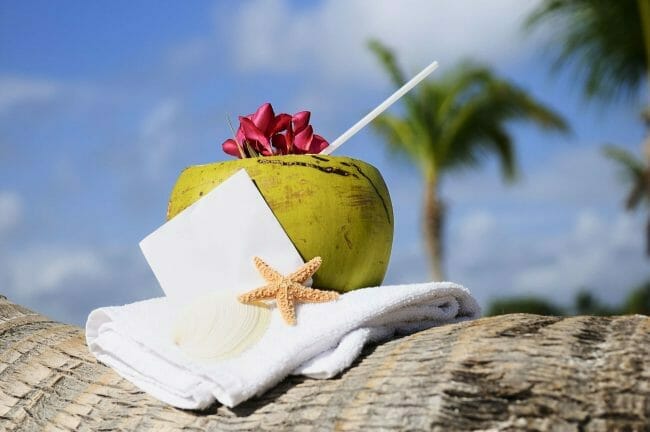 I was trying a new recipe a week ago, and I came upon an ingredient called coconut soda. I was shocked to find that soda was needed in my cooking recipe.

To my surprise, it turns out that coconut soda is used in Vietnamese dishes as it serves various functions.

In this article, we will dive into the different substitutions of coconut soda based on what applications they will be used for. We will also take a look at the most popular brand of coconut soda, Coco Rico. In addition, we will address some commonly asked questions pertaining to coconut soda.

Coconut soda is not only for drinking. Some people exclusively use it to make their favorite Vietnamese food.

Coconut soda’s acids and carbonation are great for breaking down fibrous meat and tenderizing it as it braises. Any remaining sugar thickens up, and you’re left with a caramelized coating.

Coconut-flavored soda is a sweetener for savory dishes in Vietnam. Coconut soda has a subtle coconut flavor. Thus, the meat will be infused with a coconut flavor. That is another characteristic the following substitutions meet.

To substitute coconut soda in a recipe, you can add sprite and coconut extract. This allows there to be both the carbonation and coconuttiest you want from a coconut soda during cooking.

For this substitution, you’ll need to add the same amount of sprite as you would have with coconut soda. Then, mix ¼ teaspoon of coconut extract with the sprite. 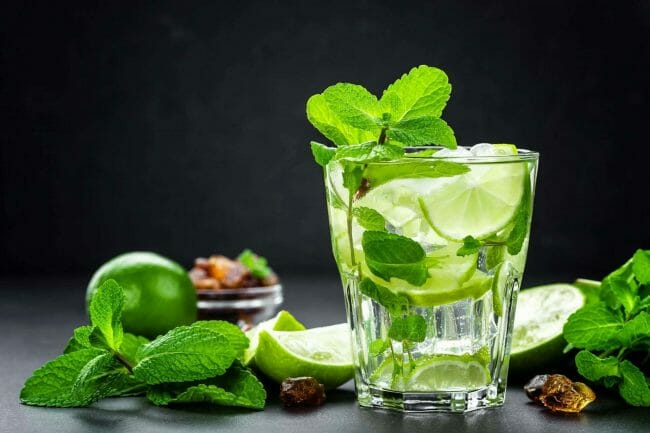 Substituting coconut soda in a recipe is easy. All you need is two ingredients you probably have in your kitchen right now—sugar and coconut water.

The amount of sugar depends on your liking. Mix them around so that the sugar dissolves.

Coconut soda is a fizzy drink, so why shouldn’t its substitute also be fizzy? Add tonic, a sweet and fizzy drink, to the coconut milk for this substitution.

To substitute coconut soda, you’ll need to mix equal parts tonic and coconut milk. It’s important to mention that the milk will leave the batter slightly richer than coconut soda, but both are effective and tasty.

If you don’t have any coconut milk at hand, no worries. You can use tonic with coconut water, and it could also be an excellent substitute for coconut soda.

As a nutritionist, I always try to find healthier alternatives to the food or drinks that I consume. I am well informed on the negative health effects of soda and would prefer to stay away from it when possible.

I didn’t want to miss out on the total coconut soda experience, so I gathered a few healthier alternatives I could enjoy.

From a nutritional standpoint, we should be avoiding sodas as they contain lots of sugar or unhealthy artificial sweeteners (if diet). According to the Centers for Disease Control and Prevention (CDC), consuming high amounts of sugar can lead to health issues such as type 2 diabetes, weight gain, obesity, and cardiovascular conditions.

In America, most people consume too much-added sugars. So, if you’re trying to avoid this, you might be considering switching your coconut soda with something better for your health.

A can of Coco Rico Coconut Soda that is 355ml has 155 calories, 47mg of sodium, 36g of carbohydrates, 32g of sugar, and 0g of protein and fat. This soda contains carbonated water, sugar, high fructose corn syrup, and coconut extract preserved with sodium benzoate.

The 32g of sugar is about 7.73 teaspoons of sugar, which is very high. The following are much healthier substitutes for coconut soda.

Though water is not soda, coconut water is seen as an excellent substitute for coconut soda. That is because it doesn’t contain the high sugar content of the soda but still has the delicious coconut flavor.

Unsweetened coconut water is much lower in calories, carbohydrates, and sugar. It is a bit higher in protein content.

Coconut water also contains electrolytes, minerals that regulate chemical reactions in the body and aid in maintaining fluid balance, such as potassium, magnesium, and sodium.

Next time you are in the mood for coconut soda, try replacing it with a delicious cup of coconut water instead.

Coconut milk can also be used as a substitute for coconut soda. However, don’t confuse coconut milk with the previous alternative, coconut water, as they are not the same.

Coconut water is about 94% water that comes directly from the coconut fruit. Meanwhile, coconut milk is only 50% water, and the rest is mainly fat and protein. It is made from the grated flesh of mature coconuts.

Coconut water is typically used to hydrate, while coconut milk is used in cooking. Aside from this use, coconut milk can also be a main ingredient in beverages like Piña colada.

However, this milk is not for people to drink straight. You might find some companies selling drinkable beverages called “coconut milk,” but this drink might be coconut cream mixed with water. 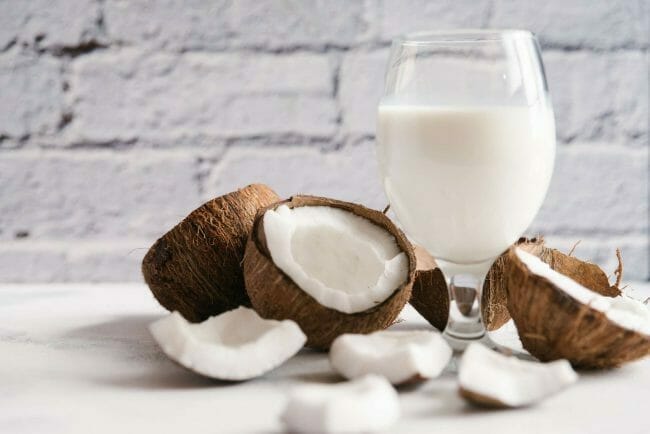 I know what you’re thinking. Doesn’t lemonade contain sugar? Yes, it does. Fortunately, though, it is less sugary than coconut soda, especially if you adjust the sugar content in your recipe.

That means 355ml of Vita Coco Coconut Water Lemonade contains 23.6g of sugar, which is less than the 32g of sugar in coconut soda. However, I would advise you to make it at home in order to alter it to be healthier.

It could be more nutritionally beneficial to decrease the sugar content or replace the sugar with honey. Also, consider adding more fruits to the mix.

Coconut Iced Tea is another healthier substitute for coconut soda. With anything you make at home, you can adjust the recipe to be healthier. This applies to the making of coconut iced tea.

There are several recipes for coconut iced tea online. You can make this iced tea by adding ½ cup of unsweetened coconut milk and 1.5 teaspoons of sugar to a cup of brewed tea. Serve this drink with ice and a slice of lime.

A cup of coconut iced tea could provide about 249.4 calories, 17mg sodium, 9.9g carbohydrates, 6.3g sugar, 2.3g protein, and 24g fat. As you’re making this drink, you can decrease the sugar content or substitute it with honey.

It’s common knowledge that people enjoy fizzy drinks. That is one of the aspects that make coconut soda so desirable.

If you don’t have any coconut soda but still want bubbliness in your drink, here are some carbonated substitutes for you.

Sparkling coconut water combines both the hydrating benefits of coconut water with the refreshing bubbles of CO2. It is an excellent substitute for coconut soda as it has both the fizziness and coconut characteristics.

Sparkling coconut water is a good substitute health-wise as most are low in sugar and calories. You might find many different kinds at your grocery store with many different flavors.

If you don’t have coconut soda to satisfy your fizzy drink cravings, you can use 7-Up soda. In fact, any other clear mild-tasting soda can be a good substitute.

7-Up is an American soft drink that is lemon and lime-flavored. It is non-caffeinated. If you’d like it to be a bit more like coconut soda, consider adding ingredients that have a subtle coconut flavor. 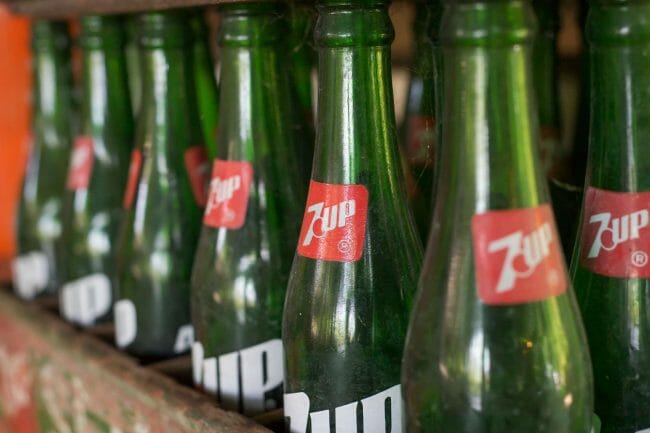 What Type Of Drink Is Coconut Soda?

As the name suggests, coconut soda is a coconut-flavored soft drink. If you’ve tried or used coconut soda before, you’ve probably tried its most popular brand, Coco Rico.

Coco Rico Coconut Soda, according to its label, is natural coconut-flavored soda that you can find in the beverage aisle of some grocery stores. It is a fizzy soda with a mildly pronounced yet subtle coconut flavor that does not leave an aftertaste.

Coco Rico Soda is remarkably refreshing and can be enjoyed as a soft drink. Many people like to mix this coconut soda with alcohol on a relaxing, hot summer day.

It is most commonly combined with a bit of rum.

Coconut soda is not only for drinking. Soda is an ingredient that can sometimes be found in many recipes. In particular, coconut soda goes well with many Vietnamese meals.

The coconut soda’s subtle carbonation and mild flavor give a fluffy consistency and light coconut flavor to whatever batter it is used in.

Does Coco Rico Soda Have Caffeine?

Many sodas, such as Mountain Dew or Diet Coke, are highly caffeinated. If you’re looking for a caffeine-free soda, I have good news! Coco Rico Soda does not have any caffeine.

How To Use Coco Rico?

In cooking, you can add coconut soda to break down fibrous meat and tenderize it as it braises. It also infuses the meat with a coconut flavor.

Any remaining sugar thickens up, and you’re left with a caramelized coating. Coco Rico Coconut Soda can also be served as a drink. It can be consumed either alone or with alcohol. 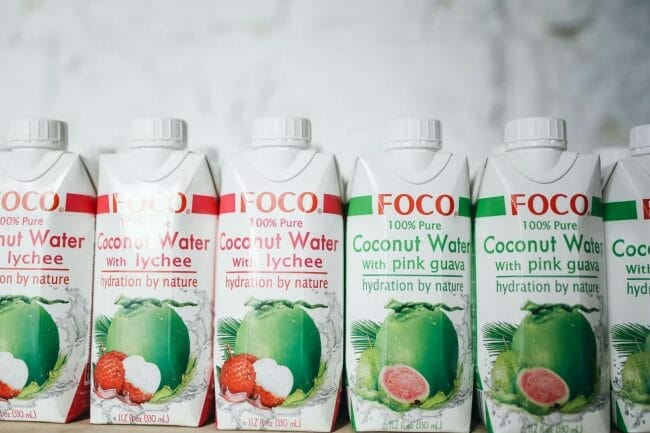 Does Coconut Water Have Less Sugar Than Other Fruit Juices?

However, you should always beware of labels as they can be deceiving.

Can I Substitute Coconut Water With Coconut Milk?

If you substitute coconut milk with coconut water, you won’t get the creamy texture your recipe calls for.

Coconut soda is a coconut-flavored soft drink. It is enjoyed as a refreshing soft drink, which is sometimes added to alcohol. It is also a popular ingredient used in Vietnamese recipes.

If needed, coconut soda can be substituted with several alternatives.

Finally, if you want to enjoy a carbonated drink in place of coconut soda, you can drink sparkling coconut water or 7-up.