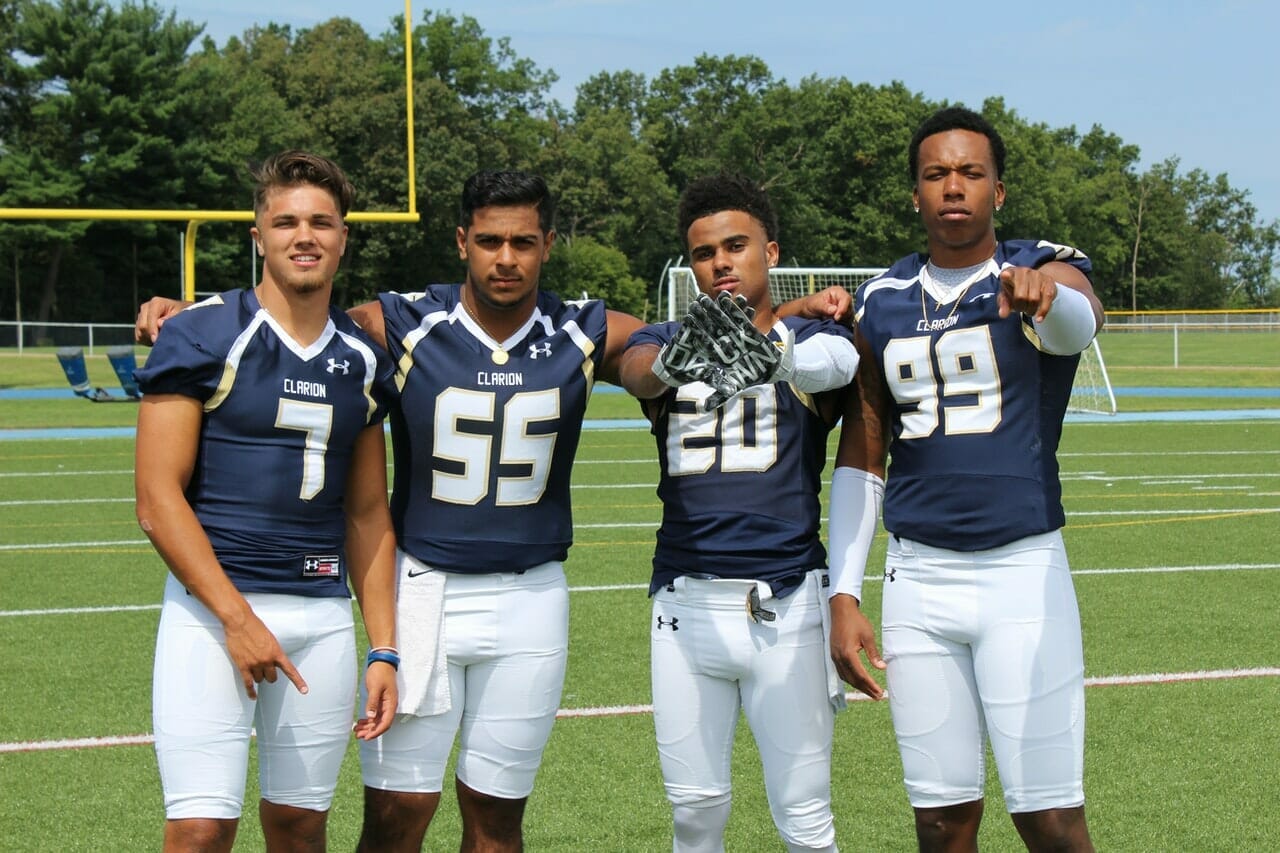 Are you confused about what extracurricular activities your daughter should be doing to get accepted into an Ivy League? Been there!

When my daughter was in middle school she already knew she wanted to go to Harvard University but didn’t know what she needed to do to get there. That’s why I ended up researching all the top extracurriculars for Ivy League schools.

Generally speaking the best extracurricular activity for an Ivy League is participating in sports such as tennis, football, crew, and more. This is because sports demonstrate all the valuable qualities Ivy Leagues are looking for such as leadership, team cooperation, and passion.

If sports isn’t an interest, the other activities that should be considered are government internships, innovation experiments, and charity work.

Out of the top 60 extracurriculars that Ivy League’s are interested in, I was able to narrow it down to the top 12 that your child should check out.

Sports offers a little bit of everything. Most kids can find a sport they are passionate about and become competitive with.

Participating in a sport shows an admissions board several key characteristics such as leadership, teamwork, and ambition. There are also ways to get involved with charity work with sports which shows commitment.

Here are the top five sports you can get involved with.

Out of these five sports, you can demonstrate the following qualities for your resume.

If you excel in your sports and demonstrate good leadership skills it is likely you will be nominated to be a captain. This is of course if you play a team sport. This demonstrates to admissions that you stand out and have responsible qualities.

Take it one step further by standing out with a unique sport. Something that is not as popular as football and basketball will pique interest. This could be water polo, figure skating, cricket, or anything else you don’t see in the headlines.

Individual sports also demonstrate a whole different set of characteristics that you can work to your benefit. Playing tennis showed that I was mentally tough and able to be independent.

Sports allow athletes to find ways to give back to their communities easily. It may be working with a youth team or helping clean up an old field that has been out of commission for a while.

This shows you aren’t just throwing anything on your application but something a student actually cares about.

Get involved with your local government annually and take it a step further by visiting your State House. You can volunteer with your local Parks and Rec and who knows you may just turn into the next Leslie Knope.

In the summertime try and internship with your State Reps as internships are offered annually in most Capitol buildings.

Saying you helped pass a bill can be a major milestone on anyone’s resume. If you work with legislative aides of certain State Representatives they may delegate tasks like getting co-sponsors on a specific bill.

Here are the top three internship roles you can take on.

If you would rather work solo putting a patent on something before the age of 18 is always impressive.

Here are the top three innovation ideas you can take on.

7. Get Involved with a Charity

Giving your time and effort back to community rates high with an Ivy League. Harvard in particular has been known to look at students who are involved with their communities in charitable ways.

What Extracurricular Activities Do Ivy Leagues Look For?

There are many different types of extracurriculars that a high school student can participate in. When it comes to applying for Ivy League schools the extracurriculars you partake in make a difference.

It’s less about the specific extracurricular and more about what you get out of it.

Are you a good leader because of it?

Did you show ambition through competition?

Were you creative and individual?

These are all questions an admissions officer will think of when looking at these types of extracurriculars.

Being able to be an independent leader always has been one of the strong characteristics that Ivy Leagues look for.

This is because if you are able to lead a team of individuals it shows promise that you will set an example for the school and in the workforce.

Being captain of my debate team and passing that tradition to my son was a major win on our applications. Not only did it display leadership skills but it also displayed confidence and the ability to think quickly.

Participating alone in an academic-based activity was key. This can be any club that goes in hand with your education.

Spending time traveling indicates that you are aware of the world and are able to think outside the box. Being well-rounded by doing community service and volunteer work is a great extracurricular because it shows that you want to give back to the world and are not set in self-serving ways.

Consider joining a Habitat for Humanity program or something similar to demonstrate these qualities.

How Many Extracurricular Activities Do Ivy Leagues Look For?

You need to have minimally two extracurricular activities. Having said that, the desired number is four.

Keep in mind Ivy Leagues first look at how well you do something before they will look at how many different things you can do.

This is because too many activities on a resume may indicate that the student applying is not invested in one thing or the other. This may lead to admissions thinking they are not passionate in general.

Think about your resume like a cupcake. You want it to taste better than it looks. But if it doesn’t look good you may not try it at all.

Choose one extracurricular activity that you know you can really excel at. If you are a great soccer player pursue this.

If you are able to be a captain you demonstrate the ability to lead. If you achieve individual accolades and win competitions, you demonstrate you have passion and work ethic.

Something that surprised my son on the application was that some Ivy’s asked him to tally up the hours per day, days per week, and the number of years he consistently dedicated to that extracurricular. This is because Ivy’s want to see commitment.

Just because you are great at one thing doesn’t mean you can mail it in. Showing that you are well-rounded is important so add in a few things you may not be as dedicated to but are involved in enough to impress admissions.

These will be your involvement with non-profits. By volunteering a few times a year in a non-profit that means something personal you’ll stand out. If you love sports combine this with volunteering for the Special Olympics.

How to Stand Out to Ivy Leagues?

Extracurriculars do play a large role in whether you will get into an Ivy. Some schools place certain values on specific extracurriculars while other schools may think more carefully about test scores.

Getting into an Ivy League is difficult because you need more than just extracurriculars to stand out. You also need great grades, to test well, and more.

The obvious factor is getting good grades. Being at the top of your class and excelling in high school is one of the most important factors for getting into an Ivy League.

If your grades are not high enough for Ivy League standards they will likely not even move on to look at your extracurriculars.

Testing well on the ACT, SAT, and TOEFL (if you are international) are also musts. There is a minimum that students must hit when it comes to testing scores.

While it is slightly different for each school,  all the bars are set exceptionally high. In other words, you must test well above average if you want to get into an Ivy League.

Developing relationships in high school is important. Having a good letter of recommendation can go far when it comes to applying for an Ivy League.

The balance is similar to the extracurriculars in the regard that the letter must be genuine. Someone that knows you well will do a better job than someone who doesn’t.

But also a letter from someone important, well-recognized, or an alumnus also goes the extra mile. Getting both would be the most optimal situation.

Can I Get Into An Ivy Without Extracurriculars?

While it is not impossible it is unheard of. Extracurriculars are what set you apart from other students because it says a lot about who you are as a person.

Ivy Leagues are not looking for just great students but they are looking at passionate motivated individuals that want to make an impact on the world. This is demonstrated by the things you do and how you spend your time before college.

Absolutely. While it can be hard to decipher exactly what the meal ticket is into the Ivy League, doing a little research on the types of people that have graduated there can allow you to understand what they look for.

For instance, Harvard has been known to value those who give back to their communities so volunteer work is always a great thing for their application. While not an Ivy, MIT looks for innovators. This is how different schools value different extracurriculars.

How Many of The Ivy’s Should I Apply To?

The answer is as many as you want. The more Ivy’s you apply to the better chance you give yourself to get into one of them.

Some Ivy’s may value your skills and extracurriculars more than another but it can be hard to always know who. If you have the time and affordability, apply to them all.