Can You Freeze Half And Half? [Plus Best Freezing Solutions] 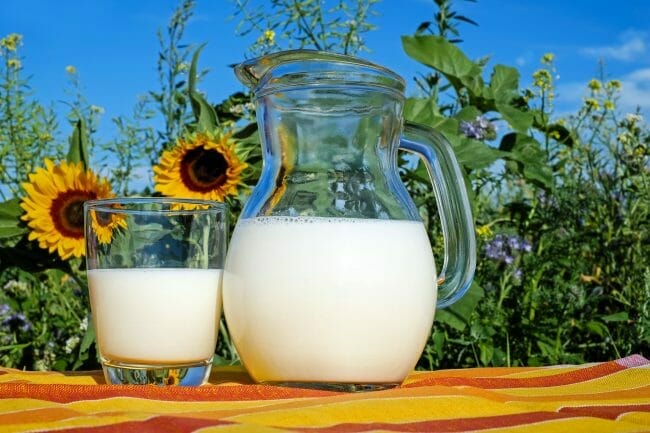 Sometimes I order my groceries to be picked up. A store employee finds all of the items I want and brings them out to my car when I arrive. However, one day I made a grave mistake when ordering my groceries and somehow, I got home and realized I had ordered a gallon of half and half, instead of our normal pint.

There was no way my family could use all of this before it went bad, so we had to get creative. Trying six new recipes that called for half and half was fun. But it was only when I pour out the last drop from the gallon, that I realized I could have frozen my half and half all along.

Generally, you can freeze half and half milk. However, there are a few guidelines for what to store it in, how to thaw it, and how long it will last. When thawing half and half, you may have to re-emulsify it by whisking in a bowl quickly for a few minutes. Freezing half and half milk can cause the milk fat to separate from the rest of the liquid. You might see clumping but don’t fear because it is safe to consume.

What Happens If You Freeze Half And Half Milk?

Tin cans, like those that hold condensed milk, can explore in the freezer.

Similarly, if you are freezing half and half milk in a container up to the brim, you may be left with a mess. To avoid these mishaps, freeze half and half in a properly sized container and remove it from any tin cans. 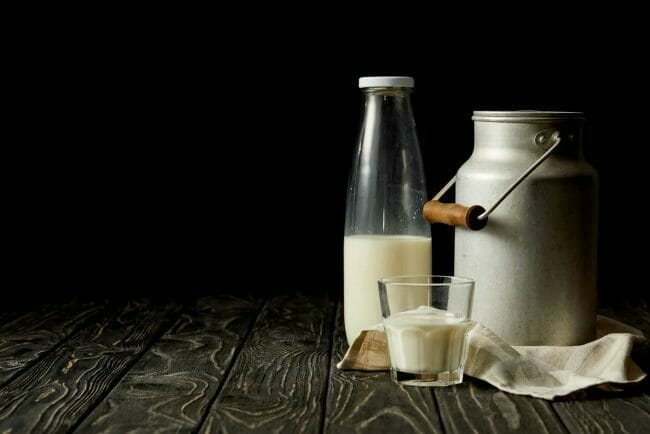 Is It Safe To Freeze Half And Half Milk?

Freezing half and half milk is easy and safe. Freezing almost anything will inhibit the ability of bacteria to multiply and become harmful. For this reason, as long as your half and half milk was properly stored throughout its frozen life, it is safe to eat.

However, as time goes on, frozen half and half milk becomes harder to re-emulsify. It also might take on an off-flavor. So, how do you freeze half and half without ruining it?

How To Freeze Half and Half?

The smaller portions possible, the better. However, it is not unheard of for restaurants to freeze large batches of half and half milk. Bigger portions make reincorporating the thawed half and half more difficult.

Even with the amount of volume an entire container has, freezing half and half in its carton is awesome.

When half and half milk are not exposed to air (i.e. the carton is opened) it has a much lower possibility for bacteria growth. Most dairy products on the shelves are pasteurized which basically removes any residual bacteria.

For this reason, freezing half and half milk in the carton is a great option. Feel free to store half and half in a plastic sealable bag, silicon bag, mason jar, or plastic airtight jug.

If you don’t have a vacuum sealer, you can store your container in a freezer bag or even wrap it in plastic wrap for a second layer of protection.

How Long Can You Freeze Half And Half Creamer?

Half and half creamer can be frozen and stored for up to 3 months. After 3 months, half and half milk will no longer have the desired texture, and flavor might begin to diminish. Be sure to label your container when freezing half and half to know when the 3-month mark is approaching.

Although 3 months is when half and half milk will maintain its best quality, it is safe to consume after 3 months. Your half and half must be stored consistently below 0°F.

For instance, if your power goes out or your freezer breaks, your frozen half and half will need to be thrown away. If this doesn’t occur, freezing half and half milk can safely extend its shelf life indefinitely.

How Do You Defrost Half And Half?

When you return, your frozen blocks of half and half milk will have changed into a clumpy mess. You don’t need to freak out. Just whisk it for a few minutes and your frozen half and half should reincorporate itself.

Is My Frozen Half And Half Curdled?

Doing this will encourage the milk fat to rejoin the rest of the liquid like its pre-frozen state. Re-emulsifying half and half is fairly effective but you may be left with a few clumps. If you can’t handle the clumps, go ahead and strain them out with a cheesecloth or a fine strainer.

Can You Freeze Fat Free Half And Half?

It is not recommended to freeze fat free half and half because separation becomes a much bigger problem. To make half and half fat free, manufacturers replace the fattening ingredients with watered down versions of them.

When you attempt to thaw frozen fat free half and half, the separation becomes unfixable. You cannot re-emulsify it by whisking and you’re left with something you definitely don’t want in your coffee.

Can You Freeze Cream?

It is not a good idea to freeze cream. When frozen and thawed, heavy cream separates, badly. The fat content is so high that whisking it to attempt to reincorporate the separation will not be rewarded.

Much like fat free half and half, heavy cream cannot be frozen because it does not thaw into something edible.

Can You Freeze Milk?

Freezing milk is a great way to make it last for up to 6 months. However, flavor and texture suffer when milk is frozen for longer than one month. Moreover, freezing milk will only work if it is used for baking, smoothies, or another ingredient in a mixture.

Freezing milk then thawing it for drinking, will not be enjoyable. Thawed milk undergoes texture changes that make it best suited for using in cooking rather than drinking alone. 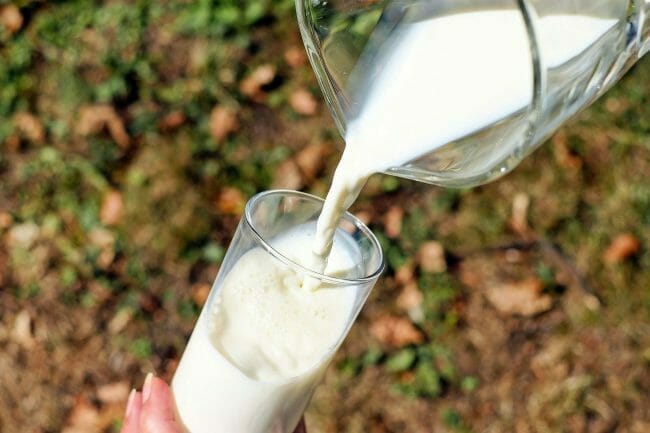 Can You Freeze Half And Half in Soup?

Freezing half and half in a soup is totally manageable. Store bought soups made with half and half must be transferred out of their original can before freezing. However, freezing store bought soup is altogether unnecessary as it will already last a very long time in your pantry.

Freezing homemade soup made with half and half milk or cream, works well because the other ingredients in the soup protect the half and half from separating.

Go ahead and freeze that half and half milk you were wondering about. However, if your half and half is fat free, or heavy cream, you should avoid freezing it. When you thaw half and half milk, you will need to reconstitute it by whisking it for several minutes. Whisking reincorporates the fat and the liquid that was disturbed as it thawed.

Freezing half and half with milk and cream is simple and easy with generally good results.