How Can You Tell If Raw Artichoke Is Bad? 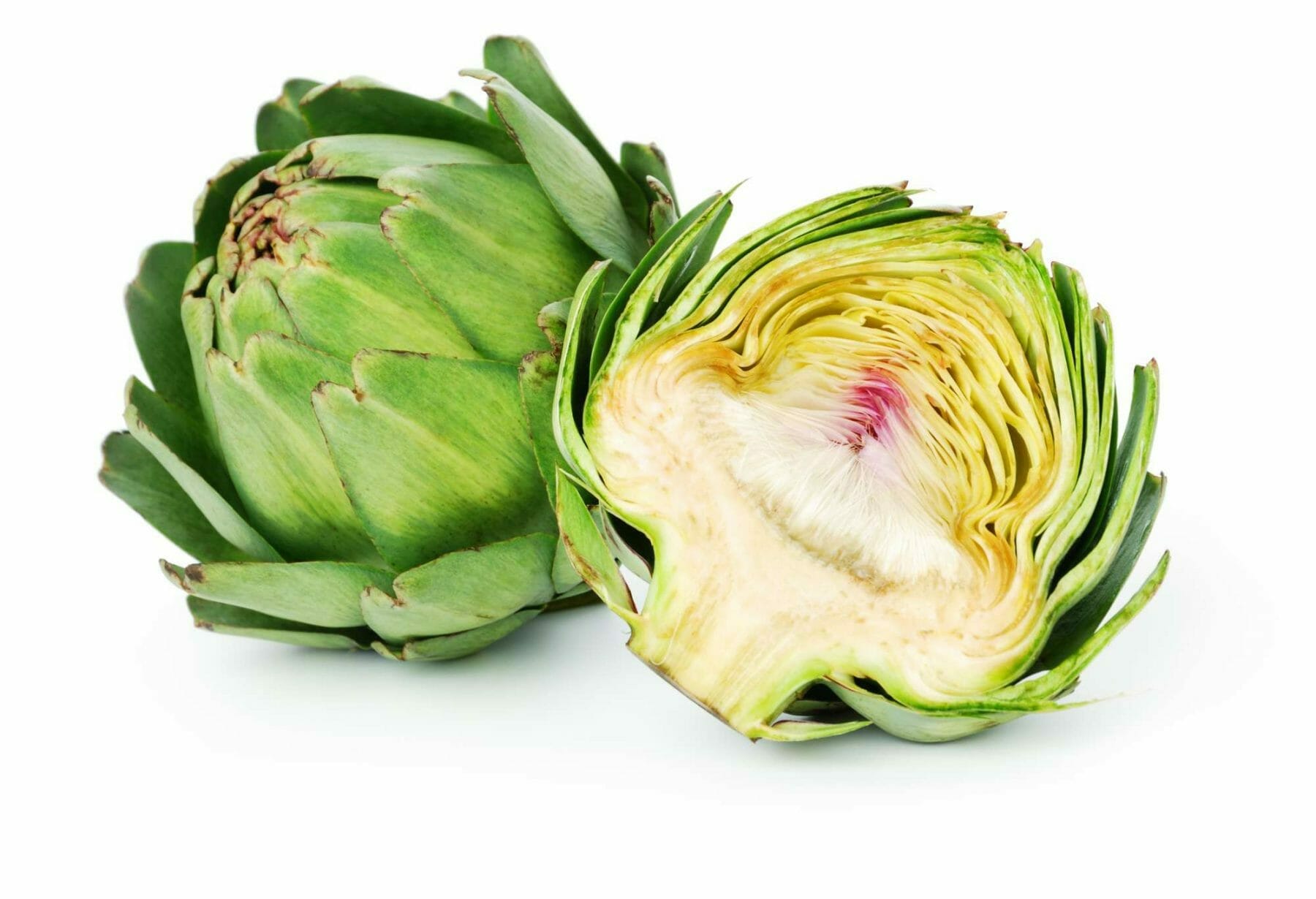 Artichokes are low in sodium and packed with valuable nutrients, like vitamin C and magnesium. Although artichokes are a delicious and nutritious addition to any diet, those benefits apply to fresh artichokes.

Don’t know how to tell if artichoke is bad? Whether you’re dealing with raw artichoke, baby artichokes, cooked artichokes, or even artichoke dip, there are plenty of red flags you can look for.

The easiest way to check the freshness of an artichoke is to look at its leaves. If it’s begun to spoil, many of its outer leaves will be loose, brown, and dried out. The leaves may be shriveled, and the tips of the leaves may have started to split. You may see an open hole at the top of the artichoke.

If you’ve inspected an artichoke, but you’re still not sure that it’s bad, you can also try picking it up and giving it a squeeze! Artichokes dry out as they spoil, which means bad artichokes can be unusually light.

You may even notice that it has a bit of a spongy texture. If all else fails, you can always rely on your sense of smell. Bacteria, yeast, and even mold can grow on foods as they spoil, and these microbes may have unpleasant odors.

If an artichoke’s been sitting in your refrigerator for a while, give it a sniff. If it doesn’t smell right, it’s best to discard it.

What Should You Look for When You Check the Outer Leaves of Artichokes?

An artichoke has three edible parts: the base of the leaves, the middle portion of the stem, and the artichoke heart.

Since you won’t be able to check the heart of the artichoke before you cut it open, you should focus your attention on its outer leaves, paying especially close attention to the tips.

If the leaf tips are split or look dry, it’s likely that the artichoke is close to going bad. When you inspect the artichoke, you should also look for loose leaves.

Not only does this suggest that the artichoke is no longer fresh, but it also means there will be fewer leaves for you to eat.

Discolored leaves can be a sign that an artichoke has gone bad, but it can also be an indicator of frost damage.

If you see brown spots on the leaves, but the leaves are still plump and fully intact, you can safely assume that the artichoke is still fresh.

How Can You Tell When Cooked Artichoke Is Bad?

You should never taste artichoke to check to see if it’s bad. If you suspect that it’s started to spoil, it’s best to trust your instincts.

Even if you don’t see signs of spoilage, you should also toss cooked artichoke that’s been sitting out for more than two hours.

When cooked food sits at room temperature for a long stretch of time, bacteria can start to grow on the food, making it unsafe to eat.

How Do You Tell If Artichoke Dip Is Bad?

Most artichoke dip is dairy-based, which means it can spoil quickly, even when it’s refrigerated. Discard your dip if you notice a bad smell or if you see any signs of mold.

Like with regular cooked artichokes, you should also toss out your dip if it’s been sitting out at room temperature for a few hours or more.

Store-bought artichoke dip should have an expiration date. You can use this date as a guideline, but you should still check it before you eat, especially if it’s been in the fridge for a few days.

When homemade artichoke dip is stored properly, it can keep for up to a week, but it’s always best to use dip earlier if you can.

How Can You Tell If Canned Artichoke Hearts Are Bad?

When artichoke hearts have gone off, they usually have an unpleasant odor. You may also see visible signs of spoilage, like mold.

What Happens If You Eat an Artichoke That’s Gone Bad?

How risky is it to eat an artichoke that’s past its prime? That largely depends on the microbes that are causing it to spoil.

Most of the organisms that you’ll find on a bad artichoke aren’t dangerous, but they can impact its taste and leave you with a sick stomach. If you can see mold on the artichoke, it’s especially hazardous.

When you eat mold, you’re also eating bacteria that can cause serious foodborne illnesses.

Some molds even produce mycotoxins, which are naturally occurring toxins that can make you very ill.

Ultimately, when it comes to spoiled produce, it’s better to be safe than sorry. Even if eating bad artichoke doesn’t make you sick, artichoke that’s gone off doesn’t taste great.

Instead, you should choose fresh, ripe artichokes that you can enjoy without having to worry.

How Can You Find Fresh Artichokes?

Fresh artichokes are compact, with very little space between leaves. When artichokes are fresh, they tend to hold a lot of moisture, which means they’re on the heavier side.

You may want to pick up a few different artichokes so that you can find the heaviest produce available. Another way to check the freshness of an artichoke is to give it a squeeze.

Fresh, ripe artichokes shouldn’t have a strong scent, but you may notice a mild earthy smell if you give it a whiff.

Although artichokes often become discolored when they go off, you shouldn’t be concerned if there are some brown spots around the edges of the leaves. Some discoloration is completely natural.

However, if the leaves are mostly brown, or if they have started to turn yellow, you should stay away.

Even though baby artichokes are small, they’re very similar to full-sized artichokes. When they’re fresh, they should be bright green and have plenty of moisture. If they’ve started to go off, you’ll see some discoloration.

Spoiled baby artichokes may also be slimy. It’s common for baby artichokes to be stored in some sort of packaging, which means you may not be able to hold the produce or see how much it weighs before your purchase.

In these cases, you should check the expiration date on the packaging and look for any obvious signs of spoiling.

How Can You Keep Artichoke from Going Bad?

Even though artichokes won’t stay fresh forever, proper storage can keep your produce fresh until you have the chance to use it. Artichokes should always be refrigerated.

It’s best not to store artichokes in the drawer of your fridge; they’ll spoil more quickly if they don’t have space to breathe.

If you keep your artichokes in a plastic produce bag, poke a few holes in the bag before tossing it in your fridge.

Alternatively, you could try storing your produce in a reusable mesh bag. You may want to try spraying your artichokes with water. A little extra moisture can help keep your produce fresh.

If you’re concerned that an artichoke is about to go bad, and you’re not ready to eat it just yet, try cooking the artichoke.

When stored in a shallow, covered container, cooked artichokes will last in the fridge for several days.

You can extend the shelf life of cooked artichokes even further by freezing them. When stored in an airtight container or freezer bag, artichokes can keep for 12 months or more in the freezer.

You can keep the artichokes from discoloring by sprinkling them with lemon juice before freezing.

Can You Store Artichokes at Room Temperature?

You can keep artichokes at room temperature if you’re planning on cooking them right away, but you won’t want to leave them there for long.

If you store artichokes in your cupboards or on your countertop, they’ll quickly start to lose their green color.

Even if you cook the artichokes before they go bad, this can give them an unpleasant, bitter taste.

Artichokes might look intimidating when you see them in the produce aisle, but they’re healthy, delicious, and surprisingly easy to prepare.

As long as you know how to tell if artichoke is bad, you can avoid foodborne illnesses while enjoying all of the health benefits that artichokes can offer.