How Long Can Raw Shrimp Stay In The Fridge? 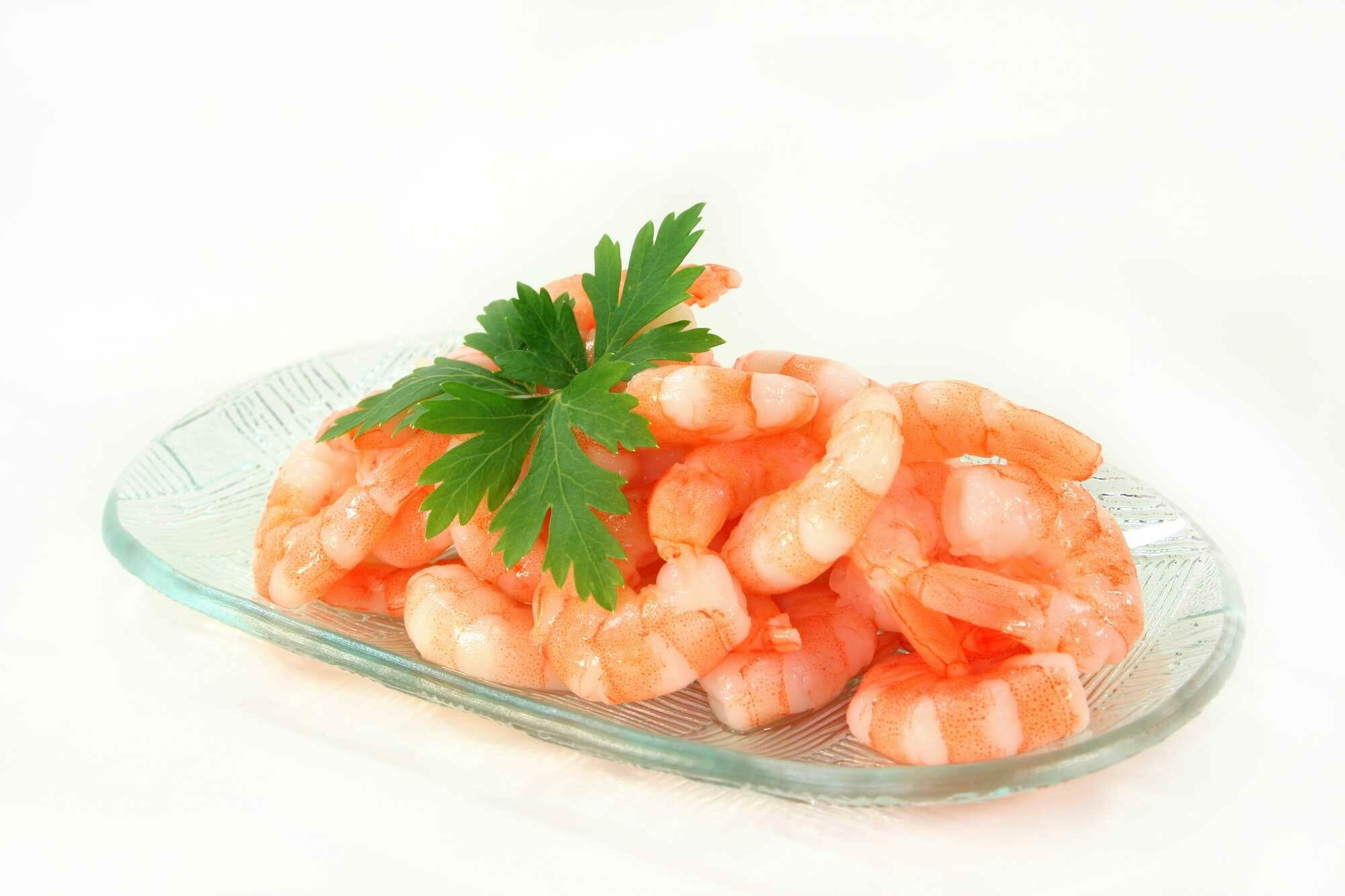 Shrimp is one of the most popular types of seafood in America, but not all shrimp are created equal.

If you had raw shrimp in your fridge over four days, you probably are debating if you should eat it or not.

The answer can vary depending on a few different factors.

There’s a lot of confusion around what “fresh” shrimp really means and how long raw shrimp can stay in the fridge.

To understand how long raw shrimp can remain in the refrigerator, it’s important to know the difference between fresh and frozen shrimp. The size of the shrimp can also make a difference.

It is also important to note if the shell has been removed or not. Fresh shrimp means that it has never been frozen.

Shrimp can either be caught at sea and sold immediately or processed and frozen shortly after being caught. Many shrimp sold as fresh has actually been frozen and then thawed.

This is not necessarily a bad thing, but it does mean that the shrimp will not last as long in the fridge.

Most frozen shrimp is flash-frozen shortly after being caught to help preserve the seafood. Frozen shrimp can last much longer than fresh shrimp. If you have properly stored frozen shrimp, it can be safe in the freezer for 2-3 months.

This article will clear up some myths and give you everything you need to know about storing your shrimp.

How Long Raw Shrimp Will Stay Good in the Fridge

Raw shrimp can stay in the fridge for about two days, but it’s best to use them as soon as possible. The smaller the shrimp size, the quicker they’ll spoil.

If you buy fresh shrimp that has already been frozen, it will last less in the fridge. Peeled shrimp will also spoil quicker than unpeeled shrimp.

Here’s how long a few types of shrimp will typically last in the fridge:

Different types of shrimp can have other shelf lives as well. For example, tiger shrimp will last longer than Pacific white shrimp.

These are some of the main types of shrimp, but there are many more.

The rule of thumb is to keep the shell on when possible and only have shrimp in the fridge for two days max before you plan to cook them.

How Long Cooked Shrimp Will Stay Good in the Fridge

You can store cooked shrimp in the fridge for up to 4 days, but it’s best to use them as soon as possible.

If you’re not going to eat them right away, you can store cooked shrimp in a sealed container in the freezer for about 6 months.

How Long Raw Shrimp Will Stay Good in the Freezer

Raw shrimp can stay in the freezer for about six to nine months. The primary factor with freezing shrimp is ensuring that the bag or storage container you put the shrimp in is properly sealed.

If not, the shrimp will freezer burn. Freezing shrimp is a great way to make them last longer, but it’s not the best way to keep them fresh.

Freezing shrimp can be good if you plan on eating them periodically and not all at once. You can freeze raw shrimp for 6-9 months.

When it comes to freezing shrimp, size does not matter. You can also freeze shrimp whole, peeled, deveined, or with the shell on.

How Many Days After the Expiration Date Can You Eat Shrimp?

Ideally, you should use shrimp within a day or two of the expiration date. If it’s been longer than that, check for signs of spoilage before eating.

If you don’t plan on eating it right away, freeze it. Shrimp can last in the freezer for about six to nine months.

If you’re not sure whether or not shrimp is still good, it’s best to throw it out.

How to Tell if Shrimp is Bad

If you’re not sure if shrimp is still good, there are a few signs you can look for. The first is the smell.

Shrimp should have a slightly salty smell, but it’s probably spoiled if it smells fishy or ammonia-like.

The second is the texture. Shrimp should be bouncy and firm, but if it’s slimy or feels like it will fall apart, it’s not good.

When it comes to shrimp–if in doubt, throw it out!

How to Thaw Frozen Shrimp

The best way to thaw frozen shrimp is to place them in the fridge overnight. You can also thaw them in a bowl of cold water, but this will take about an hour.

You can cook frozen shrimp without thawing them first if you’re in a hurry. This is the least recommended method as it can lead to uneven cooking.

As your shrimp are thawing out, it is good to get rid of the access water that can cause them to spoil faster.

You can do this by patting the shrimp down with a paper towel or shaking them in a colander.

The best ways to cook shrimp are boiling, grilling, or baking. Boiling and grilling are the most popular methods, but baking is a good option if you avoid using oil.

When boiling shrimp, make sure to use a deep enough pot. This will help ensure that the shrimp don’t stick to the bottom and cook evenly.

You’ll also want to use a lot of water so that the shrimp don’t overcrowd the pot. As for grilling, you’ll want to either use a grill pan or skewer the shrimp so that they don’t fall through the grate.

Grill over medium-high heat until they’re pink and slightly charred around the edges. Baking shrimp is easy and doesn’t require any oil.

Just place them on a baking sheet in a single layer and bake at 400 degrees Fahrenheit for 6-8 minutes, or until they’re pink and slightly charred around the edges.

There are many different ways to cook shrimp, but a common mistake is overcooking them. The most important thing to remember is that shrimp don’t need much time to cook.

They are done when they’re pink and slightly opaque in the center. If you cook shrimp any longer, they’ll become tough and rubbery.

Should I Buy Frozen or Fresh Shrimp?

If you’re looking for the best flavor, then fresh shrimp is the way to go. They’ll have a sweeter taste and a firmer texture.

Remember that they’ll only last for a few days in the fridge, so you’ll need to cook them soon after purchase. If you’re looking for convenience, frozen shrimp will be your better option.

They can be stored in the freezer for months at a time, so you can cook them whenever you want. Just make sure to thaw them before cooking.

Do Shrimp Have to Be Peeled?

Shrimp do not have to be peeled before cooking. Many people prefer to leave the shells on while cooking shrimp because they add flavor and help keep the shrimp moist.

Just be careful to remove all parts of the shells before eating. If you choose to peel them before cooking, it is also an excellent idea to devein them.

This is the process of removing the dark vein that runs along the back of the shrimp. It’s unnecessary, but it can make them look and taste better.

Does the Type of Shrimp Matter?

There are three main types of shrimp–wild, farmed, and frozen. Wild shrimp are caught in the ocean and can be sold fresh or frozen.

They’re considered a delicacy and are the most expensive option. Farmed shrimp are raised in captivity and are typically cheaper than wild shrimp. They can also be either fresh or frozen.

Frozen shrimp are caught in the wild and then immediately frozen. They’re a good option if you want the taste of fresh shrimp but don’t want to pay the high price tag.

The larger the shrimp, the longer it will take to cook. Small shrimp (often called cocktail shrimp) is typically more than 60 pieces per pound. You can cook them in a few minutes without peeling or deveining.

Medium shrimp are typically 40-50 per pound. They can also be cooked without peeling or deveining but will take a few minutes longer to cook.

Large shrimp vary from 21-30 per pound. They should be peeled and deveined before cooking and will take a few minutes longer to cook.

Extra-large shrimp are 11-20 per pound. They should also be peeled and deveined before cooking.

Shrimp is a delicious, healthy, and affordable protein that you can cook in many ways.

Remember to cook them soon after purchase, so you aren’t storing raw shrimp in the fridge for more than three days.

Whether you’re looking for convenience or the best flavor, there’s a way to cook shrimp to satisfy your needs.

So the next time you’re at the grocery store, don’t forget to pick up some shrimp!