How Long Does Chick Fil A Sauce Last In The Fridge? (+Storage Tips) 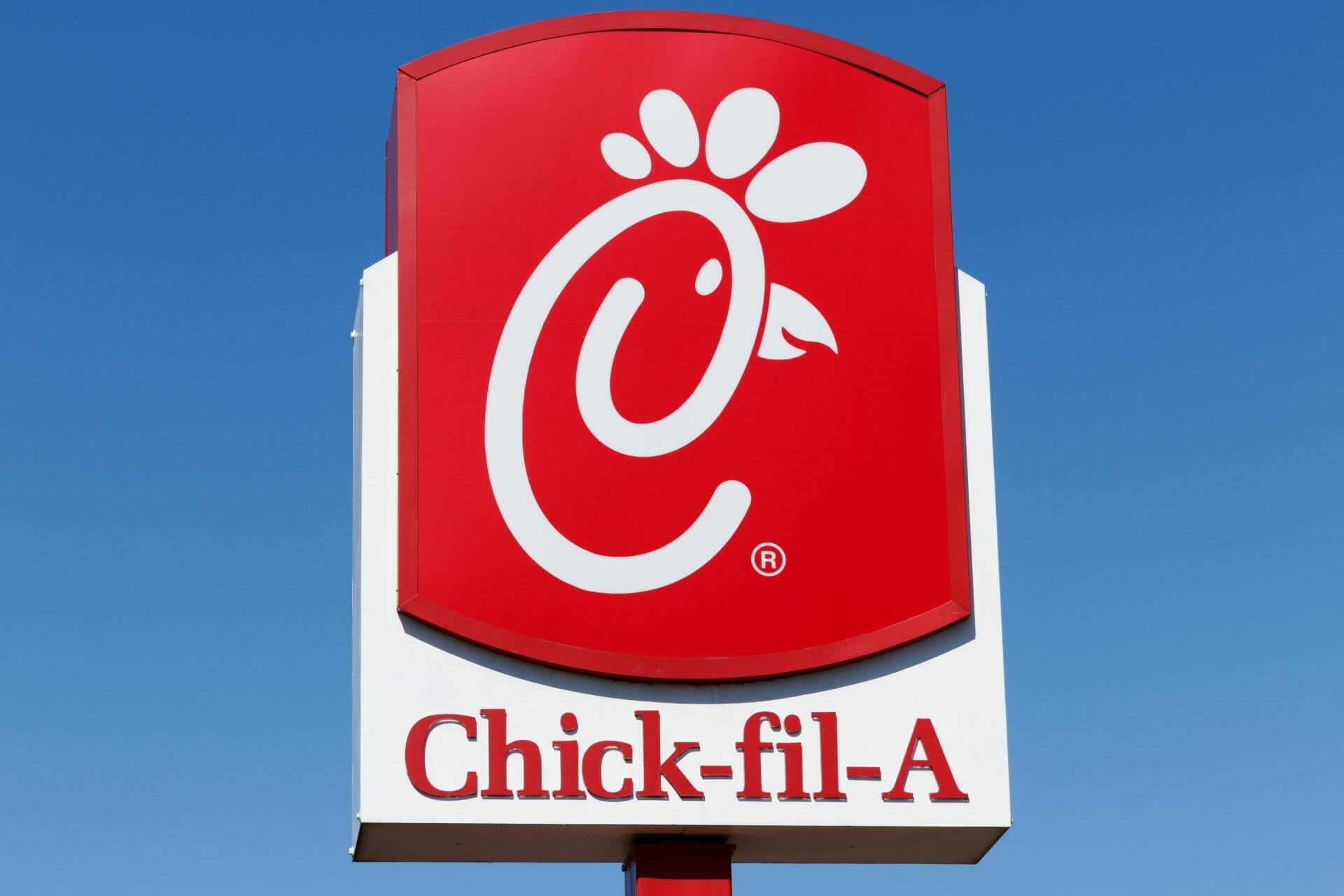 Chick-Fil-A is widely known for its amazing flavors, progressive thought process toward animal welfare, and a pleasant dining experience complete with some of the most stellar customer service teams in town.

However, one standout item is their namesake sauce, created in 2014.

If you’re one of those (typical) customers who stuff way too many Chick-Fil-A sauce packers in their pocket before leaving, you need to know how long it will remain good.

Chick-Fil-A packets last around 90 days in the pantry and up to a year in the fridge. Store-bought bottles of Chick-Fil-A sauce can be left unopened for up to 12 months. Once opened, they will need to be used within 3 to 6 months. Homemade Chick-Fil-A sauce has the shortest shelf life and should be consumed within 1 week.

Knowing when your Chick-Fil-A sauce has “flown the coop” is essential for your health (and the tastiness of your meal). And that’s exactly what this article is going to teach.

How Long Does Chick-Fil-A Sauce Last?

There really is no “one size fits all” answer to this question. After all, the longevity can change depending on where it is stored, if it’s opened or not, or if it’s a homemade version or one you’ve bought from the store.

How Long Does Chick-Fil-A Sauce Last in the Fridge?

Unopened packets and store-bought Chick-Fil-A sauce can easily last up to a year in the fridge.

The same is true for store-bought bottles of sauce that have been opened. However, once opened, the longevity shortens.

Most bottles of Chick-Fil-A sauce will have a “best used within 90 days after opening” statement.

That said, it’s best to use the opened store-bought bottle of Chick-Fil-A within 90 days. However, proper storage in the fridge can make it last up until the 6-month mark.

The best thing to do is to check for any signs of expiration (more on this in an upcoming section).

“Best-by” dates don’t exactly equate to expiration dates. It is more of a recommendation from the manufacturer about quality levels, not safety.

Homemade Chick-Fil-A sauce must be stored in the refrigerator. Due to the presence of mayonnaise, it has a relatively short shelf life of just 4-5 days to a week.

How Long Does Chick-Fil-A Sauce Last Out of the Fridge?

Of course, this is assuming you have stored it correctly.

Any exposure to heat, light, and humidity can cause premature spoilage.

Chick-Fil-A sauce is so tremendously good, that most customers can’t help but stash a few extra packets in their pocket before heading out.

And while it would be a dream come true for these packets to last forever, that’s simply not the case.

Chick-Fil-A packets are designed to have a relatively long shelf life, up to a year when stored properly.

If storing in the pantry, make sure they are in a dark and cool environment. The fridge is another excellent spot for Chick-Fil-A packets.

You can keep them on the side door as they aren’t overly fussy about temperature fluctuations (unlike other perishables).

When stored correctly in the fridge, homemade Chick-Fil-A sauce will last up to a week.

This is due to the mayonnaise and complementing ingredients.

There are also no added preservatives in the homemade version, so it won’t have the same shelf life as its commercially-made counterparts.

How to Make Your Own Chick-Fil-A sauce?

Making your own Chick-Fil-A sauce is a cinch and only requires four ingredients and a mixing bowl.

Add ¼ cup mayonnaise, 1 teaspoon mustard, and 1 tablespoon each of barbecue sauce and honey to a mixing bowl.

Stir generously until ingredients are thoroughly combined. Use immediately and store any leftovers in an airtight container.

How to Store Chick-Fil-A Sauce

This is true for items that are unopened and opened.

How to Store Chick-Fil-A Sauce Packets

Chick-Fil-A sauce packets can be left in the packet and stuck on the side door of the refrigerator or in the back of the pantry for up to a year.

Unopened store-bought Chick-Fil-A bottles can be stored in the back of the pantry for 10-12 months or in the refrigerator for up to a year.

Opened store-bought Chick-Fil-A bottles should be left in the bottle and stored anywhere in the fridge for 3-6 months.

How To Store Homemade Chick-Fil-A Sauce

Homemade Chick-Fil-A must be stored in an airtight container and stored toward the back of the refrigerator for up to a week.

Can You Freeze Chick-Fil-A sauce?

Now, there isn’t a rule saying you can’t. However, just because you “can” doesn’t mean you necessarily “should.”

The issue with storing Chick-Fil-A sauce in the freezer is that the ingredients will separate. In turn, the texture and flavor will deteriorate, even after thawing.

With that in mind, it’s best to store Chick-Fil-A sauce in the fridge and use it before it goes bad. (Which shouldn’t be a huge problem, considering Chick-Fil-A sauce can go with several meals from burgers to pizza, fries to fish tacos).

How Do You Know If Chick-Fil-A Sauce Is Bad?

Do you have a bottle of store-bought Chick-Fil-A sauce hiding in the back of your pantry, and you’re not quite sure if it’s good anymore?

Chick-Fil-A sauce that has gone bad will have an awful taste. It will also have an “off” odor that is especially acidic or pungent.

Chick-Fil-A notoriously becomes thicker when it’s gone bad, so check the consistency. Lastly, check for any changes in the color or if any mold is present.

One of the easiest ways to determine whether your store-bought Chick-Fil-A sauce or Chick-Fil-A packets have gone bad or not is to check for thickening.

Chick-Fil-A sauce will generally have a smooth and light consistency, not clumpy or thick.

If there is a noticeable difference in the smell of your Chick-Fil-A sauce, it’s best to toss it. Chick-Fil-A that has spoiled will have an odd, pungent odor that is especially acidic in some cases.

Think back to what your Chick-Fil-A sauce is supposed to look like: creamy with a deep, rich golden hue that looks pleasant and inviting.

Now, look at your current packet or bottle of Chick-Fil-A sauce. Does it look the same, or are there noticeable changes in appearance?

If your Chick-Fil-A sauce is anything but the golden-y, “eat me right now” hue it once was, toss it out.

The Chick-Fil-A sauce is as infamous as the Chick-Fil-A chicken sandwich. That said, it’s fairly obvious when the taste isn’t quite right.

So, be daring if you must. Put a blot of Chick-Fil-A sauce on your finger and give it a taste.

You don’t want to eat mold. Not only will it gross you out, but it could also make you sick. Give your Chick-Fil-A sauce a good look-over before consuming it.

If there are any concerning dark or colorful spots in the sauce, toss them out immediately.

What Happens If You Eat Bad/Expires Chick-Fil-A Sauce?

In fact, you’re likely to be grossed out by the flavor before consuming too much that it causes any sickness.

It is possible to experience subtle food poisoning symptoms such as stomachache and diarrhea. That said, it’s best to toss the Chick-Fil-A sauce if it shows any signs of spoilage.

Chick-Fil-A sauce is one of those special sauces that people drool over, so it’s no wonder why they may end up with plenty of it in their arsenal.

Homemade Chick-Fil-A sauce tastes just as good and is convenient. However, it won’t last longer than a week in the fridge.