How Long Does Cotija Cheese Last In The Fridge After Opening? 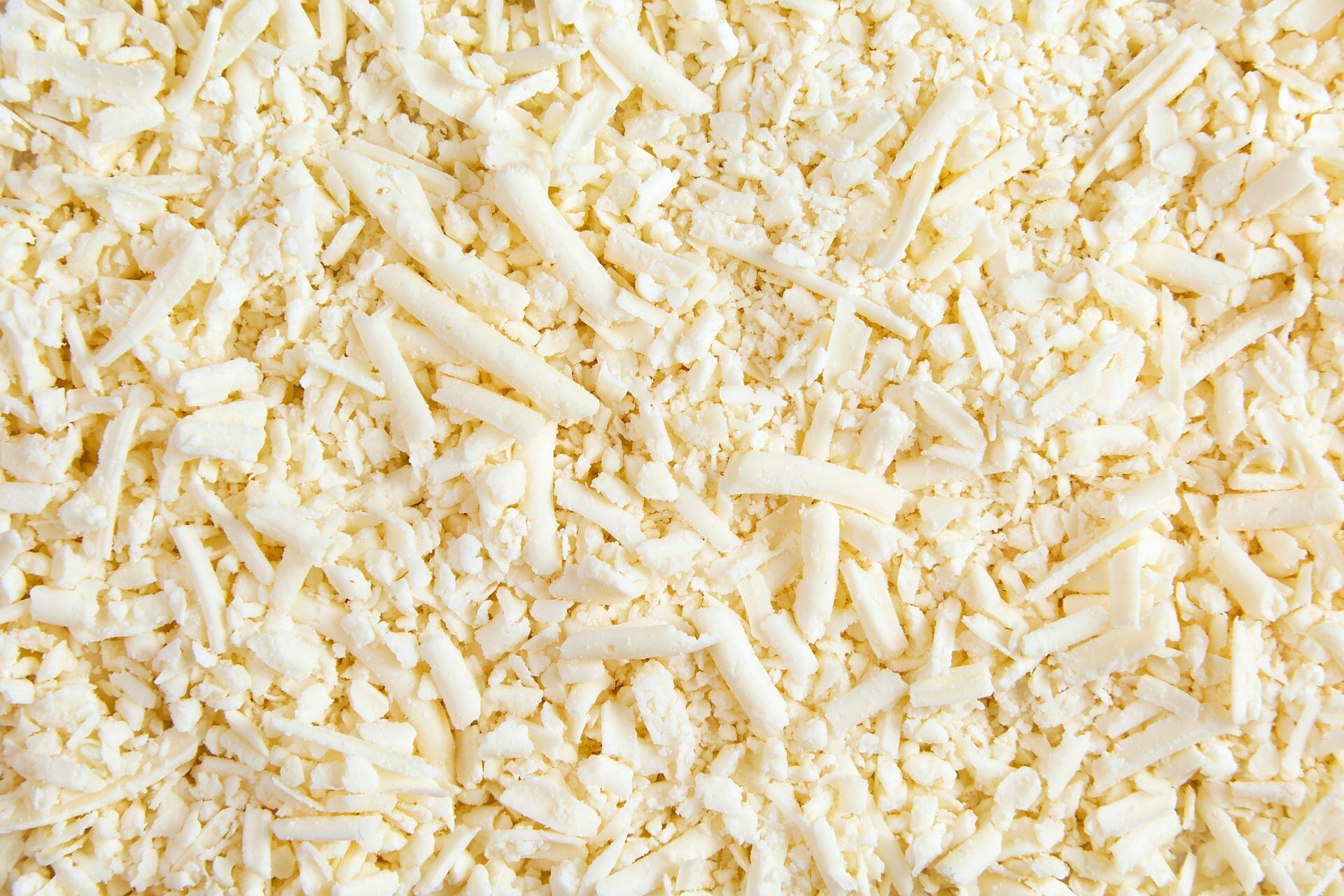 If you are a big fan of Mexican food like I am, you may have come across “queso cotija” or artisanal mexican cotija cheese when dining out or following a recipe at home.

Perhaps you bought some cotija cheese from the store and didn’t use all of it, so you put it in the fridge to use later.

Down the road, you see the cheese sitting in the fridge and wonder if it is still safe to eat. If so, then this article is for you.

What is Cotija Cheese?

Cotija cheese, originally from Mexico, is made from cow’s milk. The white cheese is firm and crumbly with a very salty taste.

When fresh, cotija is very soft, and similar to the texture of ricotta cheese, whereas aged cotija is harder and has a much stronger flavor.

The aged cotija cheese has been compared with parmesan cheese.

It is most commonly used as a topping cheese that is crumbled or grated onto dishes such as salad, soup, casseroles, tacos, chili, etc.

Cotija cheese has been classified according to its region of origin, Cotija, hence the name.

Although it was also developed in the surrounding regions, in 2005, its artisanal manufacture became regulated and standardized by an official Mexican norm.

The goal was to differentiate authentic Cotija cheese from any imitations, according to “Invited review: Artisanal Mexican Cheeses.”

How Cotija is Made

To make cotija, one must start with fresh curd. This is made from curd that has been cut, drained, and pressed into a wooden mold fastened with a fiber twine, called a wheel.

The wheel is then soaked in brine for about 18 to 24 hours, giving the cheese its well-known salty flavor.

How Long is Cotija Cheese Aged?

After brining the cheese, the next step is to age it. The molds are placed under pressure for 8 to 12 days until the cheese is drained.

Fresh cotija is usually ripened for about 3 months. It is reminiscent of feta in texture, color, and flavor at this point.

After this period, the aging process can continue, known as maturing or ripening, for a year before ready to be sold as a hard, aged cheese.

The aging process that occurs in Hispanic cheeses such as cotija allows for the desired flavor and texture to develop.

“The lactose and citrate in the cheese are fermented by lactic acid bacteria, producing a host of compounds responsible for the characteristic flavors of the product.”

In a study by Michael Tunick, he found that the breakdown of casein and fatty acids due to these bacteria, resulted in the change of texture and flavor of the cotija cheese.

How Long Can Cotija Cheese Sit Out?

As with all fresh foods and dairy products, cheese should not sit out for an extended period of time at room temperature.

The longer it sits out, the more risk there is of harmful bacteria growing and contaminating the cheese.

Do not leave perishables out of the refrigerator for more than 2 hours, according to the U.S. Safety and Inspection Service.

To keep cheese as fresh as possible at room temperature, keep it covered to prevent exposure to mold spores in the air.

If the cotija cheese is not opened yet, it will last until it becomes smelly or moldy. Because cheese has already been fermented, it keeps fresh for a long period of time as long as it is kept in the refrigerator.

The best-by or expiration date of the cheese is an indication of how long it will last, but not necessarily absolute.

How Long is Cotija Cheese Good for After Expiration?

Cotija cheese can last until it is moldy or discolored or smells bad. Even when it has technically expired according to the date on the package, cheese can last for quite a while after expiration as long as it is properly stored in the fridge.

In my experience, many cheeses are still good past their expiration dates, especially hard cheeses, which keep better longer than fresh varieties.

Cotija cheese is known to stay enjoyable in the fridge for at least 4 to 8 weeks. For grated, shredded, or crumbled cheese, it will last about 2-4 weeks in the fridge.

How to Tell If Cotija Cheese is Bad

If the cotija cheese has any strange colors on it that are not white, such as pink or green, or has a bad smell, this means the cheese is bad.

Use your best judgment and senses for determining this. The cotija cheese should immediately be thrown out to prevent any food poisoning from occurring.

Yes, all cheese can become moldy over time or from improper storage. If the cotija is left out at room temperature for too long, it will be more likely to spoil and become moldy quickly. After a few months, even in the fridge, cheese will eventually mold as well.

How Long Does Cotija Cheese Last Once Opened and Kept in the Fridge?

Once opened, cotija cheese can remain good to enjoy for four to eight weeks when kept in the fridge.

It should be wrapped in parchment or waxed paper instead of the original plastic it came in, and stored in a plastic container or resealable plastic bag. If the cheese becomes rock hard, then it is probably too dried out to eat.

Because all cheese does not like to be too cold, it can be hard to store cheese at the appropriate temperature.

The best place to store cheese is thus in one of the produce drawers, since they tend to be slightly on the warmer side than the main shelves of the fridge.

Or, if you have a very modern fridge, it may have a smaller designated “cheese” drawer that you can use to keep your cheese fresh.

This goes for grated cotija as well. Keep it in a sealed container or plastic bag in the fridge and just keep an eye on it after several weeks have passed, but it should be good for at least 2-4 weeks.

Can You Freeze Cotija Cheese?

Yes you can easily freeze cotija cheese, especially if it has been aged for a longer time.

First cut, slice, or grate the cheese into the size you would like when defrosted. Wrap the cheese up carefully in wax paper and place in a sealed plastic bag in the freezer.

If you like to use it grated, it is a good idea to grate the cheese first, and then seal it in an air-tight freezer bag.

It is also recommended to add in some cornstarch to the bag to prevent the grated cheese from sticking together.

I recently bought a wedge of cotija cheese for a recipe and decided to try freezing it so it would not go bad.

I was able to grate the frozen cheese onto my dishes, similar to how you would use a parmesan.

How to Defrost Cotija Cheese

You will need to take your cheese out of the freezer the night before you wish to use it, so make sure to plan ahead.

When ready to defrost, place the frozen cheese in the vegetable drawer of the refrigerator. Leave the cheese to thaw out overnight.

Then, 2-3 hours before ready to use, take the cheese out of the fridge and let it soften at room temperature.

How Long Does Cotija Cheese Last

What to do if You Have any Leftover Cotija Cheese:

Since cotija cheese is usually more of an extra addition to a dish rather than the main ingredient, you can use it for many different dishes.

For instance, it is delicious to layer inside enchiladas, sprinkle over a salad, add to scrambled eggs, guacamole, or soups.

Feel free to use it as desired, even if a recipe doesn’t call for cotija cheese. It would be great on top of avocado toast, for instance.

This is a simple but delicious dish popularly eaten as street food in Mexico. You essentially take a few cooked ears of corn, ideally grilled in the husk, and then slather on a mixture of sour cream or crema to 1 part mayonnaise mixed with fresh lime juice and fresh garlic.

Roll the corn in the mixture to coat and then roll in some crumbled cotija cheese on a plate. Sprinkle it with cilantro and chili powder and serve.

Cotija is a delicious and popular Mexican artisanal cheese that adds flavor and texture to many dishes.

It can be found at most supermarkets in the cheese aisle, either as a wedge or already grated.

After opening, be sure to wrap the cheese up well and store in the fridge in a produce drawer to keep it fresh and not too cold.

Make sure to look for any signs of mold such as discoloration or funky smell before using it, especially if past the expiration date.

But, if it is stored correctly, cotija should last for at least a month and up to 8 weeks.