How Long Does Taco Meat Last? 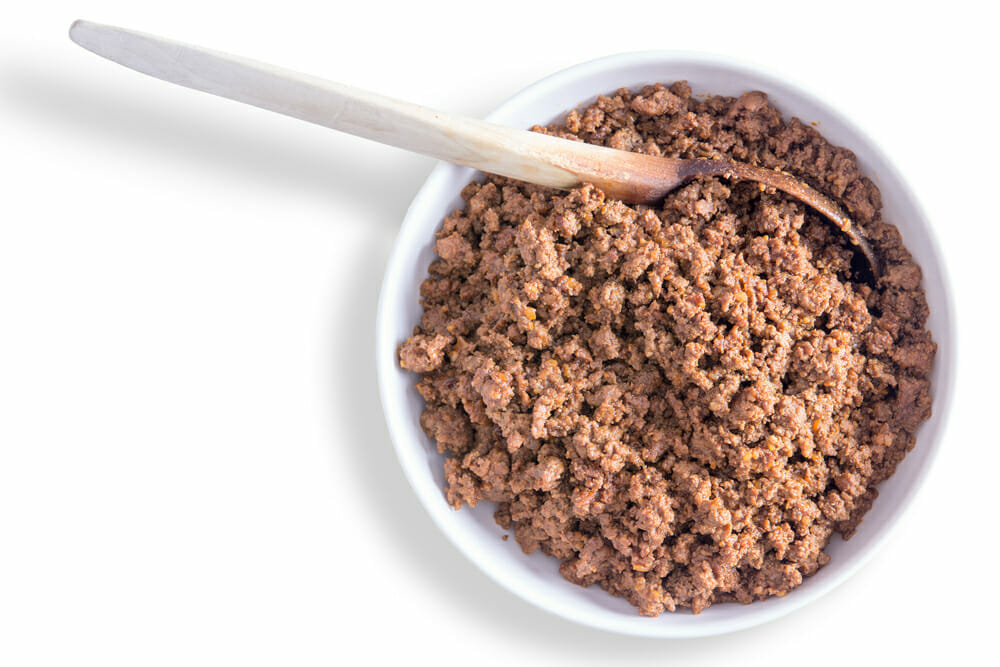 Whether it’s Taco Tuesday or any other night of the week where your family is settling down for a delicious taco Tex-Mex feast, you are probably wondering how to store the leftovers and how long you can enjoy your taco meat without getting sick.

Luckily for you, we have all the details about how long taco meat stays good for consumption.

We also have different factors that might contribute to keeping taco meat fresh and edible for longer periods.

When stored in the refrigerator immediately after cooling upon cooking, taco meat tends to stay fresh and edible for 1 to 5 days. Freezing the taco meat preserves it for longer–up to six months for cooked taco meat and a year for raw taco meat.

The length of time that taco meat lasts in the fridge depends on several factors.

If the taco meat is stored in an air-tight container in a refrigerator that is kept at a constant food-safe temperature, the taco meat has the best chance of lasting longer.

No matter what method of preservation, taco meat only lasts as long as it maintains a fresh smell, appearance, and texture.

Taco meat should always be heated to at least 165 degrees Fahrenheit before eating to avoid foodborne illness.

How Long Does Taco Meat Last in the Fridge?

Taco meat lasts between one and five days in the fridge. Most experts agree that leftovers, in general, should be discarded after a week.

If leftover taco meat changes in texture, taste, and smell when reopened, it’s probably worth tossing, regardless of how long it has been in the fridge.

Conducting an informal “smell test” on any questionable meat and letting your nose determine how comfortable you feel consuming the meat after a few days is one way to see how long your taco meat is lasting.

We would not recommend trying to eat taco meat after the five-day window has passed.

No matter how good it might smell or how tempting it might be to heat a convenient pack of pre-cooked taco meat, the consequences such as food poisoning and gastrointestinal issues are not worth the risk.

How Long Does Taco Meat Last in the Freezer?

Taco meat usually lasts between 6 months and a year in the freezer.

For those who have cooked more taco meat than they could intend to consume over the few days following preparing the taco meat, storing leftover taco meat in the freezer might be their best option.

After all, taco meat lasts between two months and six months when stored in an air-tight container or freezer plastic bag in a stable freezer environment.

You could prepare taco meat in large batches and enjoy it for months after cooking without worrying about it expiring.

Make sure to date containers of taco meat before storing them in the freezer to avoid this problem.

This can lead to questionable timetables for how long the taco meat has been in the freezer.

How Should You Prepare Frozen Taco Meat?

Before consuming frozen taco meat, inspect the container for signs of leak or disturbance in the air-tight seal.

This could make the meat unfit for consumption and worthy of tossing in the trash.

Additionally, toss any frozen taco meat that is not dated and that has not been cooked within the last month to your best knowledge.

Although it might feel okay to reheat the taco meat again, there are a lot of invisible bacteria that could fester in the meat if it was refrigerated or even re-frozen and then reheated. This makes it a risky meal choice.

When cooked, taco meat usually lasts in the fridge between 2-4 days. Cooked chicken taco meat will last for 3-4 days, while cooked beef taco meat might stretch to five days.

The most important factor in storing cooked taco meat leftovers, regardless of the type of meat they may be, is storing the meat in an air-tight container at a constant temperature of or below 40 degrees Fahrenheit.

Even if taco meat leftovers have been stored in an air-tight container for a couple of days, they are likely unsafe to eat if they are stored above 40 degrees Fahrenheit. Bacteria will inevitably grow at an accelerated rate in warmer temperatures.

No amount of cooking–even at high temperatures for long periods–will reduce the risk of food poisoning that such a leftover would hold.

Should I Throw Away Moldy Taco Meat?

Even if cooked taco meat has only been stored for 24 hours, those who wish to continue enjoying it should inspect the taco meat for changes in smell, texture, and color.

Signs of mold are also a good reason to throw away the entire container of taco meat no matter how long it has been refrigerated.

Although you might not see mold throughout the container of meat, the mold spores are still present.

Therefore, it is useless to try to cut out the mold to salvage the “good” parts.

There are no good parts in a moldy container of leftovers–only a whole container that is hazardous to your health if you attempt to eat it.

If cooked or uncooked meat molds before the expiration date or expected freshness date, it is best to throw it out and replace it.

Can I Cook Raw Taco Meat After the Expiration Date?

Typically, chicken taco meat should last until its “best by” date and within a couple of days of its “sell by” date.

However, raw chicken meat is always fresher sooner after purchase rather than later.

By waiting until the last day of the raw chicken’s “best by” date, consumers risk discovering that their chicken is no longer usable.

Look out for changes in texture, color, and smell as you attempt to use raw chicken in tacos.

Even if the chicken has been properly stored, it can still go bad earlier than expected. Raw chicken taco meat should be pink and relatively odorless.

In the freezer, frozen chicken taco meat lasts between 3-4 months for ground chicken and up to one year for whole raw chicken cuts like chicken breasts.

Uncooked beef for tacos–whether ground or sliced into steaks–is usually good for two to three days in the fridge.

However, it is always best to refer to the “best by” or “sell by” date as a guideline for freshness.

For frozen uncooked beef, experts say that the meat should last up to a year in some cases.

It depends largely on the cut of the beef. As always, observe frozen meat for changes in scent, feel, and look before deciding to cook tacos with it. Cooked frozen beef taco meat should last

Here is an easy chart to determine how long taco meat should last:

Taco meat can generally last between 2-4 days in the fridge in an airtight container and up to one year in a freezer.

Additionally, those consuming taco meat after storing it as leftovers should look for signs of expiration or hazard in the meat such as changes in the appearance, feel, or smell of the meat to avoid food poisoning.