How Old Does a Child Have to Be to Choose Which Parent to Live With? 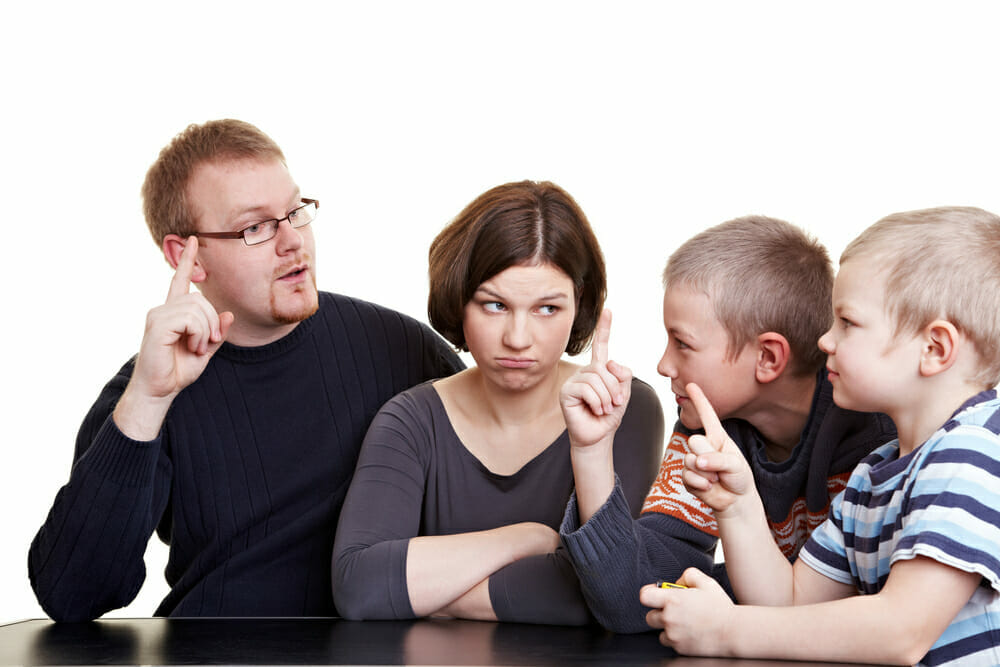 Some parents want their child’s opinions to be taken into account during custody cases. While this may be a weapon against the other parent, the real victim may be the child. Most importantly, know the outcome is far from certain.

No state allows a child to unilaterally decide which parent to live with, regardless of age.

However, all states do allow the judge to consider the child’s preference. Each state can set a minimum age where the child’s opinion may be considered. The most common minimum ages are 12 to 14 years old, but Georgia does allow children as young as 11 to testify.

A core principle in child custody law is that judges and parents decide custody, not the child. Read on to learn when and how a child’s opinion may impact custody cases under the best interests of the child standard.

Disclaimer: This article is for informational and educational purposes only. It is not a substitute for legal advice. Please consult a licensed attorney in your state if you have questions or believe you have a legal situation.

How Old Does a Child Have to Be to Choose Which Parent to Live With?

For better or worse, there is no magic age that gives a child the sole authority to decide which parent to live with. All states allow the judge to consider the child’s preference, but the judge always has the power to override the child.

Each state requires that the child have sufficient maturity before their preference can be taken into account. The child’s maturity is important because the child will be a witness in court.

The judge’s role is to assess the credibility of any witness when weighing their information. Children are known to be questionable witnesses simply because of their age.

Accordingly, state laws determine the minimum age where the court can consider the child’s wishes. Most states require that children meet one of the following three requirements:

Georgia allows the court to consider the opinion of children as young as 11. This is the youngest minimum age in the United States.

States that do not set a clear-cut minimum age expect the judge to decide on a case-by-case basis. The judge is supposed to determine whether the child has the ability to voice a reasoned preference.

This is intended to be a safeguard that allows children to express valid preferences. Perhaps they feel more supported and safe with their mother. Or maybe the other parent leaves them home alone all the time.

It also allows the court to disregard children who are vouching for a parent in order to get an inappropriate amount of freedom, like the ability to skip school or stay out late.

When Would a Child Choose Which Parent to Live With?

When parents cannot agree, the court will issue a custody determination that decides parenting time, decision-making, and child support. Each parent, or their attorney, will have the opportunity to present evidence and witnesses.

At the hearing, each parent will present their perspective to the judge. This is done in an effort to get the judge to issue an order to that parent’s liking.

One or both parents may attempt to call the child as a witness. By doing this, the child’s opinion could be made clear to the court in the form of their testimony.

The Child’s Preference Is One of Many Factors

In addition to the concerns about the psychological impacts for the child, there is also a legal reason that prevents the child from being the sole decider. All states apply the best interests of the child standard to custody decisions.

This means that when deciding what should happen moving forward, the judge should do so with the best interests of the child in mind. So, your child’s preference is only one of several things the judge considers.

Each state defines what factors go into that best interests determination. That may be done through a specific set of factors or through a statement of overarching goals.

To know exactly how your state sets the determination, look up your state’s child custody laws on FindLaw.com. The judge in each case interprets the best interests standard and applies the facts of your case to that standard.

Currently, 22 states have statutes that specifically identify the factors that the court should consider when determining the best interest. This means that the judge would analyze what combination of parenting time or living arrangements would maximize these elements.

Here are some of the common factors:

Some states specifically add the child’s wishes to the list of factors. Other states just say that the judge can take other factors into account as needed.

California, Utah, New Mexico, Indian, and West Virginia only allow children 14 or older to share their preferences with the court.

Texas, Oklahoma, Tennessee, and Mississippi only consider the opinions of children 12 or older. Georgia takes into account the preference of children 11 or older.

In all other states, the individual judge makes a determination whether the child in question as sufficient age and maturity to testify.

If a Child Testifies, Will It Be in the Courtroom?

Many parents assume that the child will be able to speak privately to the judge in the judge’s office. These meetings, called in-camera interviews, are increasingly rare.

Ohio and Kansas are the only states with specific statutes that permit the judge to interview the child in their chambers. That practice is controversial and falling out of practice.

More commonly, if the child is allowed to speak, it will be in the courtroom. The judge may elect to clear the courtroom of everyone except the court staff.

Interviewing the child in the courtroom makes it easier for exchange to be recorded and made part of the official transcript. The transcript is an important part of protecting each parent’s right to appeal an incorrect order. Additionally, each parent should know all the evidence presented against them.

Why Shouldn’t the Child Testify?

Child witnesses present challenges on several fronts. Judges are concerned about the credibility of a child as a witness given their age. And, there can be doubts about the child’s ability to act in their own best interest. The third concern is the impact of the court hearing on the child.

The American Academy of Pediatrics notes that children who testify in court need ongoing psychological support. Otherwise, kids can hold on to that trauma into adulthood.

The courtroom can be a frightening place for children. The experience can be intimidating for adults, let alone a young adolescent.

Allowing a child to express their opinion is really important in families where one parent better meets the child’s needs. This can be due to neglect, abuse, living conditions, or just poor parenting skills.

Pushing a child to testify and making them choose sides is an emotionally damaging action.

Alternative Ways to Convey the Child’s Opinion to the Court

As discussed above, a child may not be able to communicate their wishes to the court due to age or maturity. However, there are still ways for the court to learn the child’s custody preferences.

The most common way that the court can indirectly learn what the child wants is through the report of a court-ordered expert. These professionals take on different names depending on the state, but the basic concept is the same everywhere.

During a contested custody case, either parent can ask the court to appoint a professional to make custody recommendations. The recommendation comes in the form of a written report. The judge does not have to do what the professional recommends.

The professional writes the report after interviewing the child and parents. Depending on the scope of the appointment, the professional may interview teachers, extended family, caregivers, and others.

In the report, the professional will note any concerns they have about the child living with either parent. They may include what they learned about the child’s opinion. Then, they make a recommendation regarding the child’s living arrangements.

The professional may or may not make the recommendation that the child wants. Ultimately, the professional will recommend the custody arrangement that they think is in the child’s best interest.

Parents of children who want to tell the court which parent they prefer to live with are put in a hard position. Telling the judge which parent they like best is a memory that lives with them, and you, forever.

Be prepared to support your child throughout the process.

If you are thinking of pushing for your child to testify, remember that the court may or may not do as your child wants. The judge must always apply the best interests of the child standard, and that includes several variables.