How To Know If Steak Is Bad? [We Have The Answer] 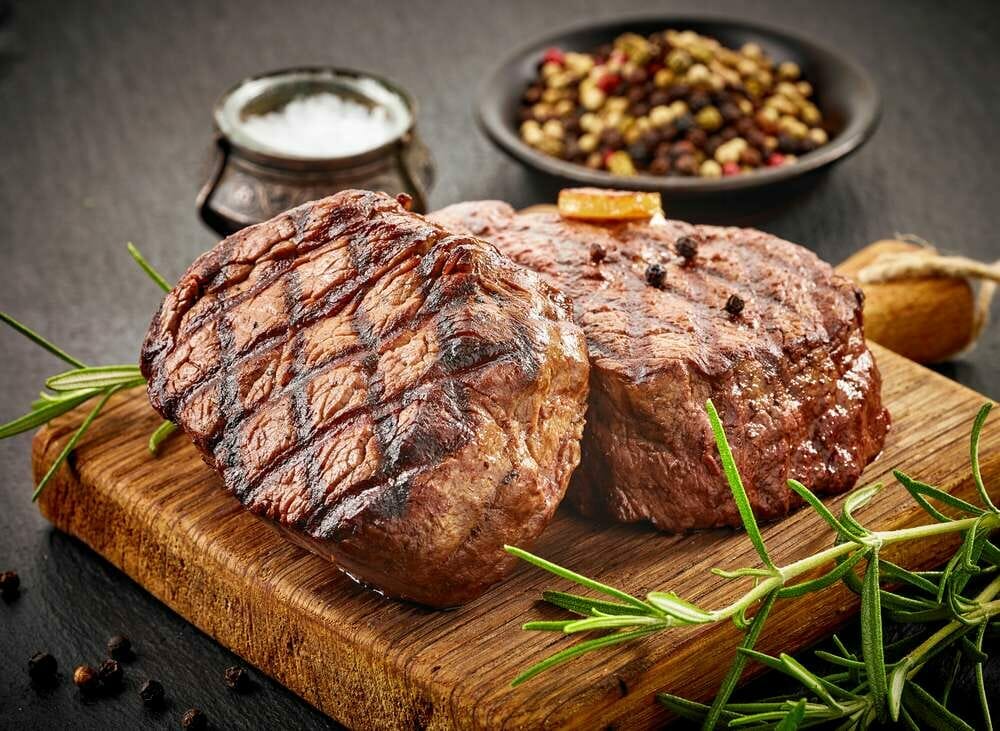 As one of the more expensive choices in food selection to have for dinner, steak is a coveted main course that’s perfect for any occasion.

Whether you decide to eat a nice piece of steak at a fancy restaurant, or cook one at home, eating it fresh from the butcher’s helps you feel like you’re in heaven with the delectable flavors and aromas!

However, nothing’s worse than sinking your jaws into what appeared to be a fresh piece of steak, only to discover it’s lost its flavor and taste due to spoilage.

Generally speaking, you can tell when steak has gone bad by the texture, discoloration, and taste when you’re eating cooked steak that’s rotten. When raw, pay attention to the odor.

Now, steak can either go bad relatively quickly or have a decent amount of time depending on how it’s packaged.

And despite being stored in the fridge, frozen steak, when given enough time, can still become rotten! To avoid a serious trip to the emergency room, let’s unpack this!

How Long Does Steak Last?

Steak can last anywhere from two days to 2 weeks depending on how it’s packaged. If bought from the grocery store, chances are, it’s sealed tight in a Styrofoam package with a tight plastic wrap.

Check to make sure that there are no punctured holes as meat easily absorbs bacteria when exposed to those pesky airborne particles!

How Long Does Steak Last in the Fridge?

Traditionally speaking, steak lasts about 3-5 days in the fridge before it starts to go bad, as it needs to be in 41 degrees Fahrenheit or below to keep away bacteria.

This is true for both opened and unopened packaging, as the meat, regardless, is exposed to temperatures above 41 degrees. So, make sure to thaw it out and prepare it properly to ensure maximum freshness and taste!

Been there, done that! It goes bad quickly and bacteria can spread more easily this way. Be sure to either store it in a glass container or a good old fashioned zip lock bag.

For more tips on how to store your steak properly in the freezer to avoid freezer burn and to preserve its quality, check out How To Freeze Steak After Cooking.

How To Know If Steak Is Bad?

The big key components to knowing if steak, or any kind of meat for that matter, is bad is to check for changes in these areas: texture, discoloration, and taste.

Another key component that needs to be discussed is checking the expiration date, as this will let you know immediately whether the steak has past it’s prime.

By checking these individual areas, you’re ready to be prepared for when you receive that delectable cut of filet mignon. And, after all, steak is not cheap!

Steak, when it has expired, will start to grow a slimy surface film and the steak will appear to be shiner than usual. When preparing the meat with your hands, before ever cooking it, feel the texture.

If you’re a newbie to working with steak, chances are, you might not know the difference immediately. But if it starts to feel sticky or slippery then be sure to just discard it, as you don’t want to ingest a piece of rotten meat.

Meat that’s expired can be deadlier than consuming anything else past their expiration date.

Instead of a nice red color, as traditionally seen in commercials or at your local grocery store, rotten steak can start turning green or yellow.

In most cases, a distinct grey color can be seen as this lets you know how much bacteria and viruses it has absorbed from being exposed to room temp for too long.

Steak, as with several other foods, needs to either be cooking in the oven above 131 degrees or frozen in the fridge under 41 degrees to preserve it and keep it from absorbing bacteria.

Meat that’s past it’s prime, such as steak, will start tasting sour in the mouth instead of tasting sweet spices and flavored juiciness.

The taste, in short, is rancid and not very pleasant on the tongue.

So, when you first bite into a piece of steak and you experience this rancid taste, throw the steak out immediately!

Nothing’s worse than a serious trip to the emergency room because of eating spoiled meat.

And, arguably speaking, rotten meat is one of the deadliest ways to get infected with bacteria that could potentially harm your gut health to such a degree that you are hospital bound.

And last, but certainly not least, check the expiration date! This will let you know for sure whether your steak has spoiled.

Especially if the steak has not been exposed to room temperature long enough to start showing symptoms.

How To Tell If Steak Is Bad After Cooking

Generally speaking, if someone cooks a bad steak by accident, the ways to tell are similar to when it’s raw: mold, discoloration, and strange smells.

So, if the steak still smells off even when you add spices, then chances are it’s a spoiled piece of steak.

Any signs of discoloration or moldy parts are clear indicators that the steak is rotten or has gone bad.

Some symptoms that you might experience after eating moldy steak is as follows: nausea, vomiting, and diarrhea.

Steak that is oxidized means that the steak has changed in color due to its exposure to oxygen.

The technical definition of this would be the following: “this darkening is due to oxidation, the chemical changes in myoglobin due to the oxygen content.”

As previously stated, steak should not be anything other than a nice pink or red hue. However, there are exceptions to this rule that should be discussed!

Any kind of beef, such as steak, that has turned brown during a short amount of time in the freezer may have just turned brown because of oxidization.

However, the USDA recommends tossing it out should it have been there for an extended period.

How To Tell If Steak Is Bad When Frozen?

Almost 90 percent of the time, you can almost always tell if frozen steak is bad by the same principles as thawed steak. These components are the color and the texture.

Some additional tips are to be sure to note how long it’s been since you’ve frozen the steak, as well as check the expiration date. If it’s been more than 4 to 6 months, toss it out.

Should the meat be murky gray in color or become any other colors such as brown or yellow, toss it out. Steak, when frozen, should not be anything other than a pinkish or reddish color.

This applies even to frozen steak, to maintain the steaks color and integrity. Of course, as the old saying goes when in doubt toss it out!

Steak that changes in texture, such as looking and feeling dry to the touch, should be immediately tossed.

Of course, it’s important to verify and check the other potential signs of a steak that’s gone rotten. However, frozen steak may seem like it plays by different rules.

What Happens When You Eat Bad Steak?

Steak that has been cooked, yet turns out to be spoiled or rotten, can very well lead to food poisoning and gastric distress. Especially since steak is a type of meat that easily absorbs bacteria, eating it may lead you a trip to the hospital!

A very commonly well-known bacteria can grow in foods such as beef is known as E. Coli.

This bacterium is deadly, and the body can only handle so much when eating large portions of spoiled meat.

Coli lives in the intestines of cattle – and steak comes from cow – so butchers and farmers should always take into consideration that their animal may have been exposed to larger amounts of this bacteria before doing the necessary prep work.

Symptoms that may occur once the germ E. Coli is consumed would include the following: severe stomach cramps, diarrhea (often bloody), and vomiting that usually lasts about 5-7 days.

The dangers here are that steak can be cooked from rare all the way until past well done. This means that people are more exposed to the bloodier parts of the steak when they consume it rare or medium rare.

If E. Coli is living in the meat, chances are, these folks will get food poisoning and gastric distress as their gut health takes a severe hit.

It can be dangerous territory working with cuts such as this, so it’s important to consume it at least past medium rare to avoid experiencing the possibility of consuming E. Coli.

So, remember this: even if you’re preferring to eat your steak rare or medium rare take the precautions to know and check whether the meat has been done properly to avoid a trip to the hospital.

Whether you’re having a filet mignon or a nice piece of chuck roast steak, it’s important to make sure that you select a cut that’s sealed properly.

Check the meat when you get home to ensure its high quality and freshness.

Otherwise, the bacteria that is eaten when consuming spoiled meat can be quite deadly. Through following these guidelines, you’ll do more than needed to save yourself a hospital bill!