How To Store Cilantro To Make [3 Simple Ways] 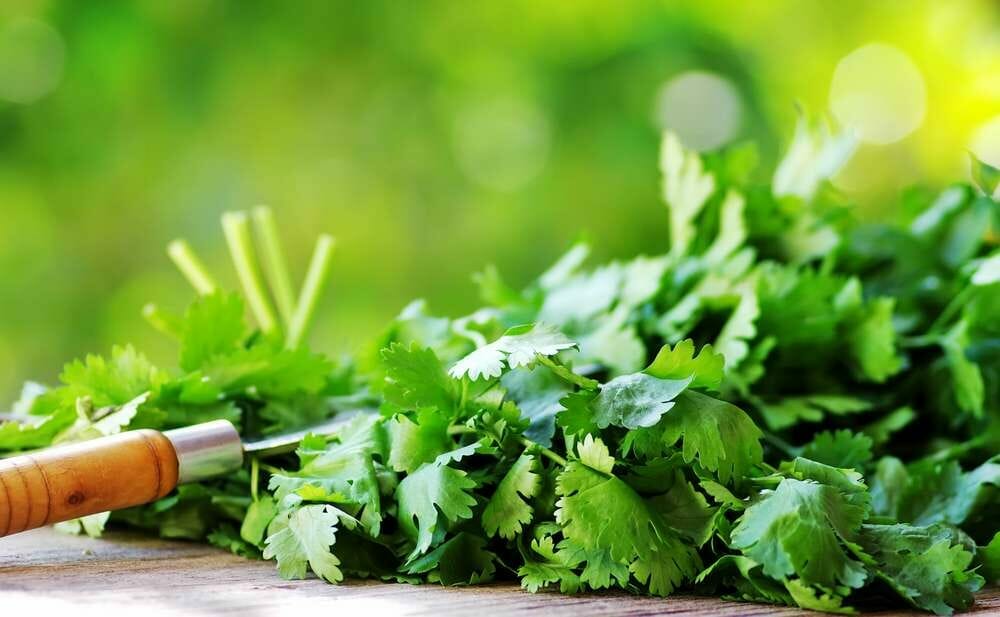 If you are a fan of Mexican fare made by hand, you buy a lot of cilantro. You can make cilantro sauce, add cilantro to your salads, and of course, use it as a taco topping. The deliciously soapy flavor is addictive, but the problem is, cilantro has a rather short shelf life…or so it seems. If you’re like me, you’re wondering how you can make it last longer. We did a little research on the subject.

There are several ways to store cilantro in a way that naturally extends its life. The most common methods for proper cilantro storage include:

Keeping your cilantro in good shape is pretty important if you love to keep it in the home. This guide will help you store this notoriously fussy herb properly.

Why Does Cilantro Go Bad So Fast?

If you’re like me, you probably have at least one story of going to the store, buying cilantro, and leaving it in the bag for a couple of days. Lo and behold, when you finally are ready to use it, it’s a nice watery mess of brown sludge. Yikes, right? This might make you wonder why cilantro goes bad so quickly.

Somehow, it gets even worse. Since cilantro is also very prone to wilting and moisture-related issues, it can get mold and blight growth pretty quickly.

Prep Your Cilantro For Storage

Cilantro is the “diva” of the herb world. It needs to be gently handled. So if you want to keep it fresh, it needs to be dried out and also handled with care. Here’s how to prep your cilantro for storage:

Now that you have an idea of how to prep the cilantro for storage, you need to know how to handle the actual storage aspect of it. We found a couple of ways to stretch the life of your cilantro.

How To Use The Jar In A Fridge Method

While cilantro does need to have its leaves kept dry, it still does act a lot like a flower. This is how you can make your cilantro last in the fridge for up to a month:

*Note: If you are a huge fan of herbs, it’s good to know that this storage method works with a wide variety of fresh herbs, including parsley and basil. When storing multiple types of herbs, label the jar and check to see which herbs can be easily stored together.

How To Freeze Cilantro

There are two common ways to freeze cilantro. The first is to shove a bunch of the prepped-for-storage herbs into a resealable plastic bag, then add it to the freezer. If you want to make cilantro cubes (for say, a sauce or some sofrito) then you can use the method below:

This is another storage method that can be done through a quick trip to the store. Cilantro can be bought dried, and if you do buy it this way, you can store it on the shelves for up to a year without issue.

This is great if you’re low on storage space, but let’s be honest. Dried cilantro is not going to be as versatile as fresh cilantro.

You can dry the cilantro yourself by spreading it out on a baking sheet and lightly baking it for 15 to 20 minutes, or you can buy it at the grocery store. Either way, the results are going to be fairly similar.

How To Pick The Right Cilantro

Cilantro is a delicious plant, but let’s face it, you’re not going to get much mileage out of low-quality cilantro. Unfortunately, there is a lot of shoddy cilantro out on grocery store shelves. Here’s what you want to look for when shopping for cilantro:

Buying It In A Tube

Don’t feel like putting in the effort to blend your herbs, or just feel like your entire process is a little too involved? There’s another option for chefs in a hurry.

It’s possible to buy fresh herbs that were blended and then stored in an airtight tube at the grocery store. This storage method makes it possible to keep the cilantro in question in your fridge for up to four weeks.

The perks here are obvious. There is minimal work on your end, you get longevity, and you also end up being able to save space. The thing is, store-bought “tube cilantro” might not work well with all recipes.

If you are using the cilantro in a stew or a chili, it’s all fine and dandy. On the other hand, this method doesn’t work well if you want a fresh salad.

Should You Just Grow Your Own Cilantro?

Herb gardens are all the rage these days, especially when it comes to matters of indoor gardening. Herb planters are super trendy as decor on bookcases, shelves, and yes, kitchen centerpeices.

If you’re a huge cilantro fan or just have a natural green thumb, then you might be better off keeping a pot or two (or three, or four) of fresh cilantro growing in your home.

The obvious issue with growing your cilantro is that you need to maintain it, and it’s a fussy plant. If you are not good with plants or just don’t have the time, skip this and just store fresh cilantro in a jar.

Why did my cilantro turn black?

The black spots that you see on cilantro leaves are most likely a bacterial disease that is linked to the seeds of the plant. The disease causes the leaves to turn black and wilt, spreading the dark coloring as the disease takes over the plant.

This disease is pretty easy to recognize, since the leaves become extremely wet to the touch the moment that the blight starts to work its way into the plant.

If you notice small black spots on your cilantro, you may need to throw away the leaves. The disease is only going to get worse, and it speeds up the aging process of herbs around it.

Why is my cilantro turning white?

Most people have seen black cilantro, but white? Well, this strange color has more to do with powdery mildew that can infect plants during transit to the grocery store.

Many people might notice infected plants getting a strange coat of powder that keeps coming back, even if you wipe down the plant.

Overhead watering, overcrowding, and exposure to abnormally high rates of humidity are what make mildew catch on to cilantro. Unlike black spots on cilantro, white mildew can and will spread to other plant species if not addressed immediately.