How To Store Cucumbers [Whole And Sliced] 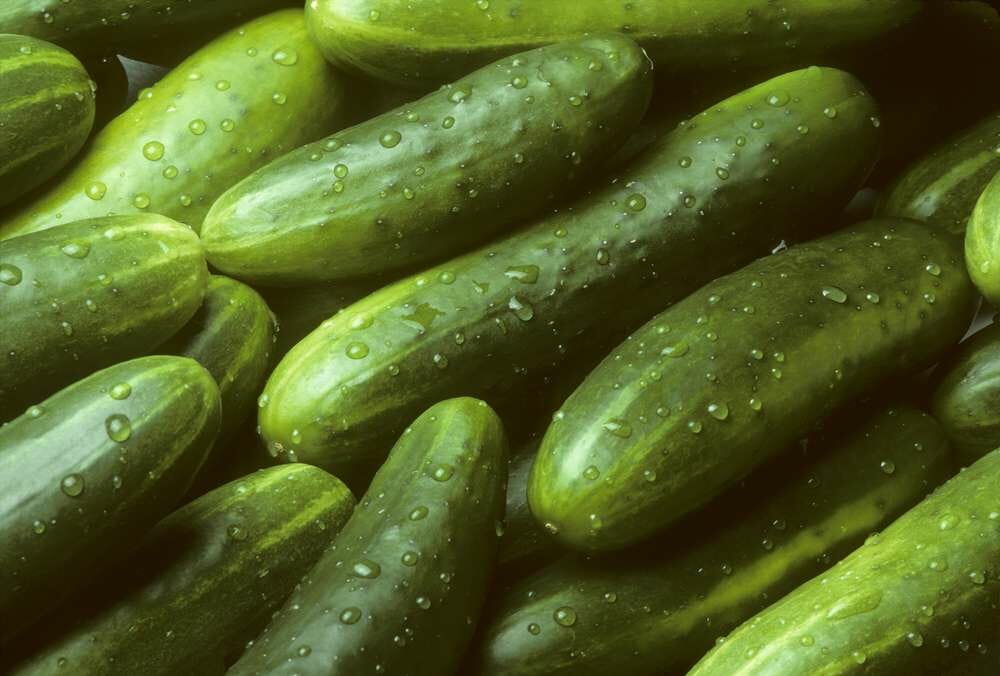 Ah, cucumbers! Is there anything more refreshing than biting into a freshly sliced, crisp cuke on a hot summer day? Maybe putting a slice or to under your eyes.

Either way, cucumbers are everyone’s favorite diet-friendly vegetable. The problem is, cucumbers seem to dry out or wilt pretty soon after you buy them.

If you’re like me, you’ve been curious about what you can do to make your cukes last longer.

Cucumbers are particularly finicky when it comes to storage. To keep cucumbers fresh for the longest possible time, use one of these methods below:

If you’ve ever had a moment where you finally got to the point of eating a cucumber, only to realize it’s rotted away, you understand the annoyance I face. That’s why I’m helping you learn how to store them well.

How Long Will Cucumbers Last In Storage?

If you do all the things right and store your cukes appropriately, you might be able to get a week to two weeks of life out of them. However, cucumbers are fairly fickle when it comes to storage.

It’s best to bank on a week, tops, if you are not sure what to do. If you’re talking about cucumber slices, then it will be even less than that.

Sliced cucumbers only last for the day they were cut if they are not stored properly.

Why Are Cucumbers So Hard To Store?

If you’re like me, you were probably wondering why your cucumbers were wilting the moment they touched your refrigerator.

It’s worse than storing cilantro. The truth is, it has a lot to do with physics. Cucumbers have a high concentration of water inside of them, and water freezes at 32 degrees Fahrenheit.

Cucumbers obviously don’t freeze that easily, but that high freezing temperature can cause cucumbers to chill unevenly.

When this happens, you get something called “chill damage.” Cucumbers are best stored between 40 and 50 degrees Fahrenheit since this temperature tends to prevent chill damage.

So, as it turns out, being “cool as a cucumber” isn’t really that cool at all.

How To Store Cucumbers Correctly

Now that you understand why cucumbers are so easy to spoil, it’s time to learn how you can max out your cucumber’s lifespan.

So, let’s talk about the three best methods for cucumber storage.

Moist paper towels are something you might have noticed in other food storage articles, and for good reason.

The moistness from the towel can help lock in the moisture in the cucumber. The trick is to have it be lightly damp rather than soaking. Here’s how to do it:

The Warm Part Of The Fridge

While a damp paper towel is a really good addition to cucumber storage, it’s not always necessary.

What is necessary, though, is making sure you don’t get chill damage. The warm part of the fridge is the best place for your cucumbers to go, especially if they’re not shoved in a plastic bag or anything.

The best place for your cucumbers to stay is in the door section of the fridge, or near the front of your fridge on the middle or upper racks.

These tend to be the places where warm air tends to congregate a lot.

Let’s face it. A whole cucumber is a lot of cucumber to eat. If you want to store a cucumber that’s been partially cut away, then wrap it up in clingwrap and place it in the warm part of the fridge.

The clingwrap will keep the cucumber moist and will also keep out any debris that might otherwise touch the cuke.

Imagine the following scenario: you were preparing a salad for 10 people and you realized that you have way too many cucumber slices for the portions that you’re making.

Great. Now you know you can’t just wrap up each individual slice, but you want to keep them stored for at least a week. What do you do? Follow these steps…

How Can You Tell If A Cucumber Has Gone Bad?

Most people can tell that cucumbers are fresh when they’re green, heavy, and firm. However, there are a couple of subtle changes that occur when they are starting to go bad.

These signs below suggest that the cucumber you’re storing is reaching (or really, has reached) its expiration date:

With some foods, eating them spoiled might cause a tummyache or just make you spit out the food due to its foul taste. Cucumbers are surprisingly not one of those foods.

Eating spoiled cucumbers can cause serious sickness in the form of salmonella.

The high water content of cucumbers makes it easy for salmonella to propagate, and there are dozens of cases every year involving cucumbers tainted by this parasite.

What Should You Do If Cucumbers Went Bad In Your Recipe?

Let’s assume for a moment that you made a decadent cucumber salad the other week. It’s kinda squishy rather than crisp now.

As tempting as it may be to fish out the cucumbers and eat the rest of the salad, you shouldn’t do it.

Once dressing or sauces or other items hit the cucumbers, you need to assume it’s all tainted. So, throw it out. Your stomach will thank you.

What Happens If You Eat a Bitter Cucumber?

Cucumbers only become bitter if they have been exposed to extreme heat or cold during their growing period.

The bitter taste comes from compounds that grow as a reaction, and those compounds are poisonous.

What happens if you eat a bitter cucumber depends on how much of it you eat.

A single bite of a bitter cucumber won’t harm you, but eating the entire cuke will cause you to experience nausea, vomiting, sour stomach, and diarrhea.

Is It Safe to Eat a Moldy Cucumber?

With many moldy foods, you can cut away the portion that’s moldy and eat it safely.

Unfortunately, cucumbers are not one of those types of foods. Because cucumber has such a high water content, it’s very possible that the mold grew inside the vegetable and spread through the capillaries of the plant.

Due to the rapid pace of mold growth in cucumbers, you have to toss out the entire cucumber the moment you see mold on the surface.

A common myth about cucumbers is that their skin is poisonous. In the past, this may have been true due to growing techniques as well as the genetic increase in compounds that cause bitterness in the skin.

However, modern cucumbers are grown well and are bred to be much sweeter.

While cucumber skins may have been poisonous in the past, there’s no reason to peel them now.

In fact, you might actually get an extra dose of fiber if you keep them on while you prep your next salad.