Is It Illegal To Back Out Of A Driveway [Multiple States] 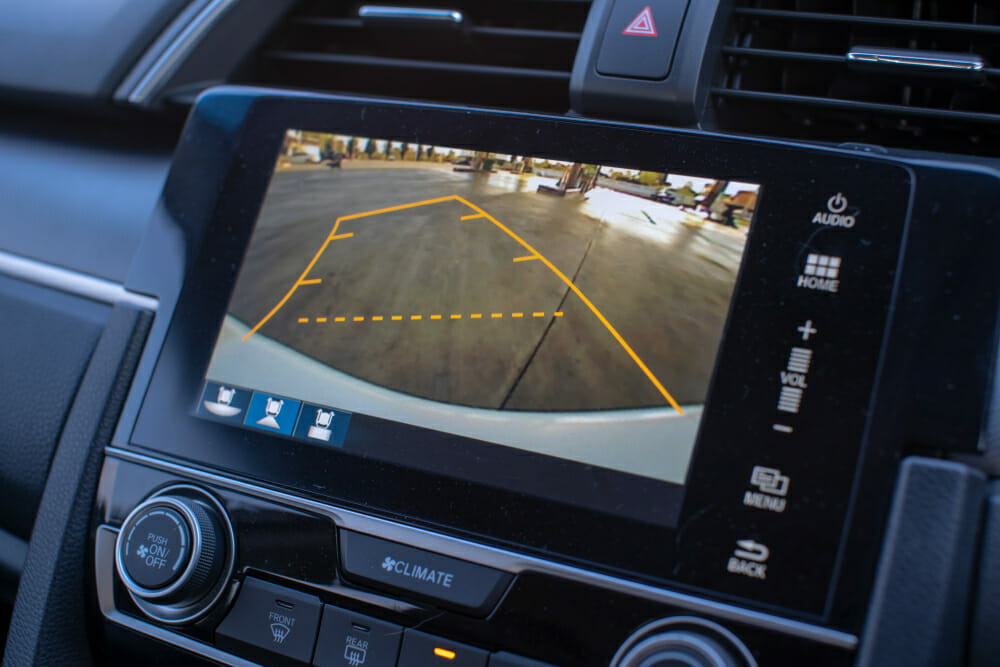 Many of us have the experience of hurriedly backing out of a driveway only to see oncoming traffic a little too late. Those close calls can be scary, but are they illegal?

In the United States and most of Canada, there are no traffic laws that specifically prohibit backing out of a driveway. Ontario, Canada does have laws against backing onto highways with a divided median. Legality aside, reversing out of the driveway does make you the responsible party if an accident results.

Before backing out and assuming traffic will wait on you, be aware that the responsibility is on the reversing driver to do so safely. Read on to take a closer look at the laws regarding backing out of driveways.

Is It Illegal to Back Out of a Driveway

For the most part, it is not illegal to back out of a driveway. There are a few exceptions that we will address.

For a specific driving action to be illegal, it must be codified in state traffic laws as a prohibited maneuver. This is not the case in the United States.

Some states have specific traffic provisions that state that reversing onto a road may only be done if the driver can do so without interfering with traffic.

The reversing vehicle is almost always presumed to be at fault in the United States. This means that if there is an accident, the reversing driver will likely have a ticket and to pay for the other car’s damages.

Is It Illegal To Reverse Onto A Main Road

Unless your city has a specific ordinance against it, it is not illegal to reverse onto any road, including a main road. If a road has special rules, you can expect it to be indicated with signage.

All states do require that reversing onto the roadway be done only when it is safe. Interfering with traffic or otherwise being unsafe when reversing is illegal.

Ontario, Canada is another place with more specific laws regarding reversing onto the road. There, it is specifically illegal to reverse onto a main road.

The Ontario Highway Safety Act does limit reversing. Under the act, it is illegal to reverse onto a roadway with a speed limit of 80 kilometers per hour or higher.

Should You Back into Your Driveway

Backing into the driveway is preferable for many reasons, including safety. Collisions caused by motorists reversing into traffic, called backover accidents, cause about 30,000 accidents and 300 deaths each year.

Backing into the driveway makes it easier to pull out into traffic when ready to leave. This way, the driver does not have to change gears, but can rather just start driving and quickly pick up speed.

Drivers’ vision and line-of-sight will also be better when facing forward instead of looking through mirrors and over their shoulder.

In the winter, backing into the driveway makes it easier to get out in the event of snow and ice. Cars can better accelerate and gain traction when moving forward instead of backward.

Finally, backing the car into the driveway makes it easier to jump the car should the battery die.

How Far Can You Legally Reverse A Car

While  you can legally reverse out of the driveway, that is not free rein to reverse as far as you want.

Most states, like Washington, specifically prohibit any reversing on a highway or freeway. Otherwise, it is usually ok to reverse as long as it is “safe and necessary.”

This means that it would not pose a risk to other drivers, so the road must be empty or have a lane closed for a reversal. It also must be necessary, such as due to a breakdown.

For example, it will likely be ok to reverse a car back to a turn off on a side road if there is nowhere safe to pull over. To do so, you may need to call law enforcement to put up traffic cones.

Always remember, that when you are on the road, reversing should only be done for extreme necessity. Missing your exit is not a necessity.

Reversing a car down a busy street or highway is highly dangerous, both to you and other drivers. If you think it is necessary, it would be smart to call law enforcement first.

Is It Illegal To Back Out Of A Driveway In Connecticut

In Connecticut, it is not illegal to back out of a driveway. However, drivers must yield to any oncoming traffic when reversing onto the roadway.

Specifically, Connecticut law states that any reversing may not interfere with traffic. Impeding traffic or being otherwise unsafe while reversing is a traffic infraction.

New York also permits backing out of driveways, providing it is done so with safety and caution. Just like in Connecticut, a motorist backing onto the roadway must yield to any oncoming traffic.

Backing into the roadway and causing an accident will put the reversing driver at fault. This means that the driver, or their insurance, will be responsible for the damages.

Is It Illegal To Back Out Of A Driveway In Massachusetts

In Massachusetts, drivers reversing into the roadway are presumed to be at fault if an accident occurs. So, while it is not illegal to back out of a driveway, the burden is definitely on the reversing vehicle to do so safely.

Keep in mind that oncoming traffic is not required to yield to a reversing car, even if the driveway is blind.

Is It Illegal To Back Out Of A Driveway In Pennsylvania

Pennsylvania law requires that anyone reversing onto the roadway do so safely and without interfering with traffic. Drivers must also yield to any pedestrian.

Failing to reverse with caution is a moving violation. This means that the driver can receive fines and demerits on their driving record.

Just like in the United States, New Zealand requires that any drivers backing onto the road do so safely. Drivers may not impede traffic and must yield to any pedestrians.

When an accident involves a reversing car, the reversing motorist is usually at fault in New Zealand.

New Zealand has recently experienced many child deaths due to children being ran over by reversing vehicles. As such, the government is encouraging drivers to back into their driveways.

Is It Illegal To Reverse Out Of Your Driveway In Victoria

Victoria does not have a law that specifically forbids reversing onto the road. Like all places, the reversing driver will likely be at fault if an accident occurs.

Drivers may not impede traffic when reversing onto the roadway. They must also yield to pedestrians.

Why Backing Into The Driveway Is Safer Than Into The Road

If a driver reverses into the driveway, they must still slow traffic and go into reverse. You may wonder how that is any safer than just backing onto the road.

First, every state gives the right of way to oncoming traffic. That means that vehicles, that may be going very fast, are not obligated to slow.

This puts both the oncoming and reversing vehicles at risk for not only an accident, but a very bad one. By reversing into the driveway, you can remove this scary power imbalance.

If possible, the driver who wants to reverse into the driveway should signal and pull onto the shoulder.  Then, allow any cars behind you to pass.

After any cars have passed, reverse into the driveway. If there is no shoulder to pull onto, be sure to signal and slow well in advance to avoid a chain reaction accident.

Drivers reversing out of a driveway should always use caution. It is the reversing driver’s responsibility to avoid impeding traffic and ensuring that the maneuver is safe.

Nearly everywhere, the reversing driver is considered at fault if there is an accident. They must be sure to yield to both traffic and pedestrians.

Ontario drivers should be particularly careful about backing onto higher-speed roadways. Doing so is against the Ontario Highway Safety Act.