Is It Bad to Eat Cold Food? 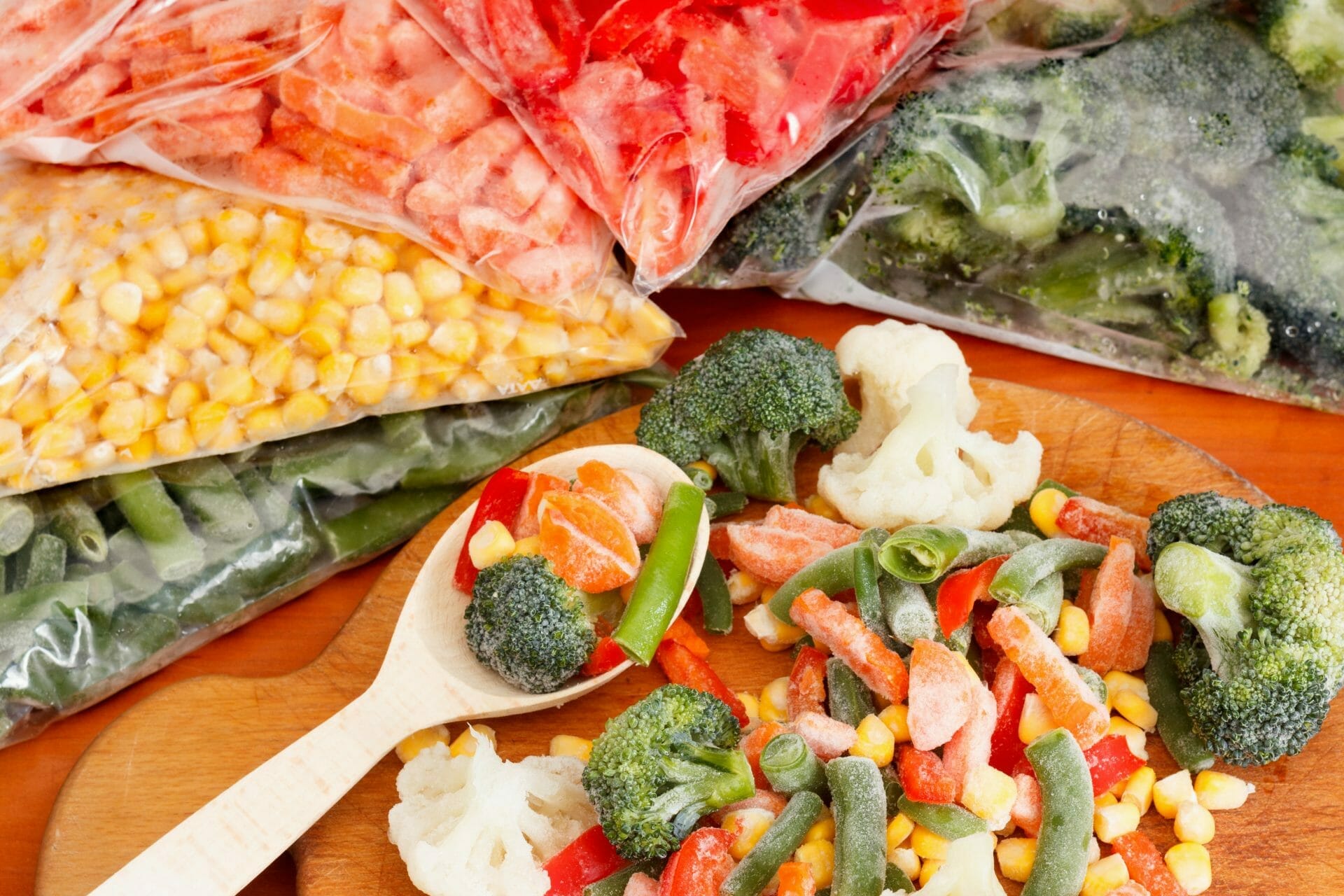 Sometimes it can be tempting to grab that last slice of pizza from the fridge in the middle of the night. Or get one scoop of ice cream to satisfy those late-night cravings.

According to Traditional Chinese Medicine, or TCM for short, eating cold foods is bad for the body.

Other studies, however, show that TCM is merely a practice instead of a fact to be blindly followed.

This, of course, leaves readers confused about who to follow. With these two juxtaposed positions, it can be hard to figure out whether eating cold food is bad for you. At least, up until now.

Cold food is harder for the body to digest and because of this, the body takes up a lot more energy trying to consume cold foods than not. Your body temperature and blood flow may also be affected from eating cold food due to the heat your body produces.

However, there are other factors to consider when deciding whether eating cold food is bad for you.

It is also important to note that food that has already been cooked and stored properly can be eaten cold as opposed to uncooked or air exposed refrigerated foods.

Let’s continue to discuss these factors and their importance to understanding the consumption of cold food.

Is Eating Cold Food Bad for Your Digestion?

Eating Cold Food is Harder for the Body to Digest.

Just asking the question shows that you’re wanting to know and understand more about how the body works and just what it means when we ask, “is cold food bad for your body?”

This may be why many practitioners think that eating cold food is overall bad for the health without even going through the different factors that could play because of this.

Including factors such as what time of day it is, whether you’re sick or not, or if it’s okay to just pull that last slice of cake you’ve saved for later.

Studies have shown that eating cold food is bad for the digestive tract.

So, when deciding to reach for a popsicle or a scoop of ice cream, keep this in mind so you’re able to make conscious choices that are both a treat and good for you.

Sometimes, when it comes to building habits in terms of eating healthier to gain more energy, it’s important to set those boundaries with yourself.

This way, you’re able to take back control of your health and make sure that you’re making the best choices for your body that will not ultimately harm your health.

The Time of Day: Does It Matter?

Should You Eat Cold Food During the Night?

Health practitioners everywhere can agree that eating cold food during the night is not a good idea.

And not just because the food is cold. As previously discussed, cold food is harder for the body to digest.

So, when it comes to waking up in the middle of the night to grab that late night snack, the body must work extra hard to digest the food.

Leading into a domino effect, this impacts the body’s ability to deep sleep and give the body plenty of rest that it needs to break down and process the previous day.

Should You Eat Cold Food During the Morning?

Eating cold foods in the morning can be hard on the body.

Not to mention that, when broken down, the name of the first meal that we eat after sleeping can be broken down into two words: break and fast.

So, in hindsight, breakfast is simply breaking the fast. As a result, it is very important to understand that certain foods will set the tone for your gut health throughout the day.

Be sure to introduce your gut health to foods that can build up your immune system when you first wake up in the morning.

Is It Bad to Eat Cold Food While Sick?

It’s a lot to juggle at once and often causes the delay of healing because getting over an illness requires a large amount of energy.

It’s why we’re often sleepy or needing to rest while eating a nice bowl of warm soup. Because the body needs as much time to recuperate as possible.

Is It Bad to Eat Cold Food with A Cold?

As with a fever, it is not recommended to eat cold foods during a cold because cold foods are harder to digest.

So, this falls into alignment with fever because colds, while they are not the same, they’re very similar in terms of symptoms and how the illness affects the body.

Is It Bad to Eat Cold Food While You Have a Cough?

Again, this falls into alignment with other answers as the body needs to take up as much energy as it can to heal.

But, on a different note, cold foods such as ice creams and popsicles can aggravate the airways.

Thus, making it difficult to breathe. So, it’s best to stay away from cold foods such as ice cream, popsicles, or soda while experiencing a bad coughing session.

Is It Bad to Eat Cold Food with a Sore Throat?

It is beneficial to be eating cold foods with a sore throat for several reasons. First, it reduces inflammation and hypertension with the body that causes the body to feel aggravated.

However, health practitioners advise decreasing the amount of sugar some cold foods have that can worsen the effects of the sore throat.

An important note to make that coincides with this is the fact that bacteria and viruses love sugary foods.

So, therefore, most doctors and health practitioners do not support eating cold, sugary foods while sick as this prevents the body’s ability to heal the bacteria and viruses.

Is It Bad to Eat Cold Food: Women Edition?

Does eating cold foods have an impact on pregnancy or when women are on their period?

Neither. It is still important to discuss both to help understand why cold foods are not necessarily linked to the reproductive system.

Is It Bad to Eat Cold Food on Your Period?

Eating cold foods has no direct impact on periods. After all, studies show that the cycles of menstruation – also known as a period – is more directly related to the reproductive system. And eating has more to do with the digestive system.

Both two systems have nothing to do with each other so don’t worry about having that nice bowl of ice cream if a craving sets in.

However, there are suggestions to drink warmer fluids just to possibly reduce the amount of pain that a cramp can sometimes bring.

Is It Bad to Eat Cold Food During Pregnancy?

While some studies suggest that eating cold foods during pregnancy is bad for you, any health practitioner will tell you otherwise.

As previously discussed, much of the information that we receive is from a practice known as TCM.

However, much of the time, this is not based on scientific fact. Rather, this is an added precaution that some follow simply because they want to take that extra step of care.

Is It Bad to Eat Cold Food from the Fridge?

Traditionally speaking, it’s not a terrible idea grabbing foods from the fridge, but it needs to be stored properly for protection against bacteria and mold.

After all, while it is more energy-consuming to eat colder foods, it’s not the end of the world, and sometimes they’re some of the best-tasting and healthiest foods to eat.

What’s important is whether the food is meant to be cold, in this moment, or whether it’s been stored properly because no one enjoys a terrible bout of food poisoning.

Is it Bad to Eat Cold Food After Brushing Your Teeth?

Teeth are super sensitive to temperature and are most definitely affected by cold food.

Especially cold beverages such as soda and any others containing a lot of sugar. This ends up breaking down the enamel of the teeth which leads to cavities and teeth that are poor quality.

Much of the beliefs that circulate around whether cold foods are good for the body or not come from Traditional Chinese Medicine, or TCM for short.

Upon further research, TCM, according to the NCCIH, is merely a practice and should not replace conventional care through a primary care provider.

It’s not necessarily fiction, per se, but it should not be the top consultant for all your health needs, whatever they may be.

So, when understanding this notion, it’s not safe to blindly follow and trust this practice as it is not the first source you should consult to meet all your health needs.

When in doubt, always seek out a health professional. Be honest about your bodies current state of health and what your goals are, and your PCP will happily help you.

In short, eating cold foods is harder for the body to digest, so when deciding when to consume any chilled delicacies make sure to take this into consideration.

After all, making sure to double-check with the local health practitioner, along with research will continue increasing the chances of better health and well-being.