Is It Illegal to Live in a House Without Water 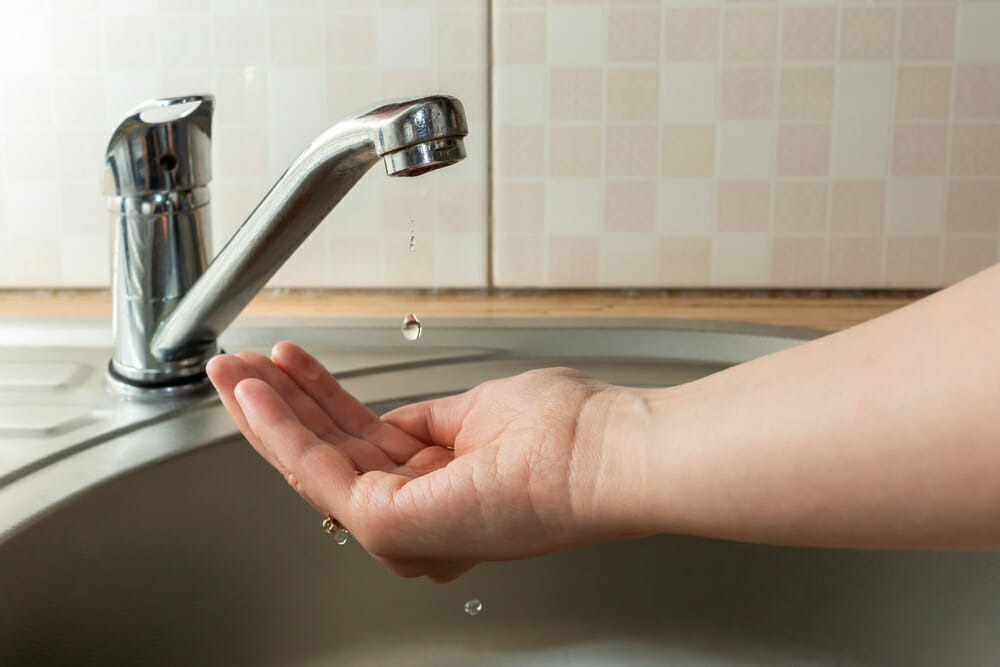 There are many reasons to be living in a house without water. Maybe it is shut off because you cannot afford it, or you want to go off grid.

Either way, you may be wondering if it is actually allowed. Can you be kicked out of a house without running water?

When Is It Illegal To Live In A House

First, you have to have the right to inhabit the house. You have this right because you own it, you are renting it, or the owner has given you express permission to live there.

Assuming you have the right to inhabit, it is illegal to live in a house if it is condemned. This is a designation placed on a home deemed unsafe.

You may have the opportunity to remove the condemnation by making needed repairs or improvements.

How Can A House Be Condemned

Federal, state, and local governments all have the right to condemn a property. You may hear this term used two different ways, and it can be confusing.

The government does pay for the property. Common uses for property taking are for roads, utilities, or large commercial projects that bring substantial value to the community.

Second, and more importantly, for our purposes, condemnation is also the process by which a property is deemed unsafe or unsuitable for living. For the most part, this only happens in extreme circumstances.

When a house gets on the radar for condemnation, expect to see a notice or warning posted on the property. This will provide the reason or the items that needed addressed.

The notice usually specifies that you have a certain number of days to correct the problem to avoid condemnation. From there, the process will vary by state or locality.

Generally, the notice of condemnation includes a court date where you may appear to contest or appeal the process.

Alternatively, there may be no court date, but the notice will have a deadline to appeal.

If you do not participate, the condemnation will go forward without you.

Will A House Be Condemned For Not Having Water

Condemnation is based on the violation of building codes relating to the safety of the premises. In most places, houses are not condemned for lacking water.

More often, a lack of running water is associated with other factors that are safety code violations.

For example, homes that are derelict and falling down may also have no water due to burst, broken, or missing pipes.

There, the real danger is the unsoundness of the structure rather than the water issue.

No running water is a common feature in homes where extreme hoarding is taking place.

While the government does not care about messy homes, it does care when it becomes a safety hazard due to fire risk, mold, or infestations.

Again, the lack of water is just one of the consequences of the bigger problem.

Unfortunately, the government does not create a back-up plan for those people to have secure and stable housing.

Exceptions To The Rule

Some cities, like St. Paul, Minnesota, automatically issue a notice of condemnation the same time a property’s water is shut off.

This leaves residents unable to remain in the home unless they pay the delinquent water bill.

Unfortunately, St. Paul will also shut off water if it has not been used, and this also leads to condemnation. This scenario can happen if a resident is out-of-town for an extended period of time.

Be sure to check the city and state building codes and ordinances for your area to know what to expect.

What Happens After a House is Condemned

When a house is officially condemned, anybody living there will be forced to leave, most likely immediately. It is common for the condemning entity to change the locks.

They may also put up barriers to prevent you or anyone else from accessing the property.

If it has been deemed unsafe, they do not want anyone else going in and being at risk.

Just as with an eviction, law enforcement may oversee the emptying of the home to ensure that everyone really did leave.

Why Isn’t It Illegal Everywhere to Live Without Water

There is no blanket rule in the United States about running water. It would be impossible to make it a law because not everyone has access to running water.

Believe it or not, many places in the United States do not have access to running water.

This is likely shocking to those of us who live in large cities, but over 2 million Americans do not have running water.

Some of the areas without water are very rural and isolated, like in Alaska and North and South Dakota. Many parts of Native American reservations, like the Navajo Nation, lack water.

Sadly, many areas do not have it because of a lack of government investment in the infrastructure. The areas without water infrastructure are predominantly non-white.

Don’t forget that in many parts of the United States, you can find entire communities of Amish who do not have running water. For them, the matter is determined by their religious.

Many people desire to live independently and off the grid. They forsake the infrastructure that makes us rely on the government and other people.

Survivalists may custom-build their homes in a remote location and never connect their home to water.

It is common to find homes without running waters in remote areas in the mountains and woods.

The location makes it next to impossible to hook the home up to a potable water source.

In mountain locales, you can often find “dry” properties without running water. These properties may be hunting cabins or vacation properties.

In addition to not being near a water source, it is impractical to have water pipes in these types of homes.

Because they are not lived in full-time, the water pipes would burst in the cold winters.

Remember that connecting to a public water line or digging a well are very expensive tasks. This is assuming that there is even water to access, and in many places, there is not.

What Is the Concern About Lack of Running Water

After reading about all the places and times it is ok not to have water, you may be left wondering why some places care.

It is especially confusing when others so obviously do not condemn homes for no water.

Ultimately, the concern is for public safety, particularly around the disposal of human waste.

Generally, the government lets you live your life however you want as long as you do not hurt others.

When a house lacks running water, it immediately raises red flags about the toilet. It is entirely possible to use a toilet without running water.

To do this, you simply pour water in the tank and flush as normal. Or, to use less water, you pour a gallon of water into the bowl at a high rate to create pressure.

Of course, the concern from the government’s perspective is that residents will not go to the effort to haul in water for flushing.

If people use the bathroom outside, it can create dangerous health consequences, especially in urban areas.

Human waste transmits diseases and parasites. It can create outbreaks of cholera, typhoid, and hepatitis.

The things that killed us while playing Oregon Trail were all real health hazards that came from lack of safe disposal of human and animal waste.

When someone uses the bathroom in their yard, especially frequently, the waste can reach others through storm water runoff.

For example, tiny particles of the waste could contaminate the vegetables that a neighbor grows in ground. Or, children playing in untreated water could be exposed to disease.

While it is rarely a guarantee of condemnation, living without running water can pose public health concerns. If those are mitigated, you are much more likely to be able to remain in the home.

Remember that some cities have a no-tolerance policy for a lack of running water. Always be sure to look up the laws in your area so that you can plan ahead.