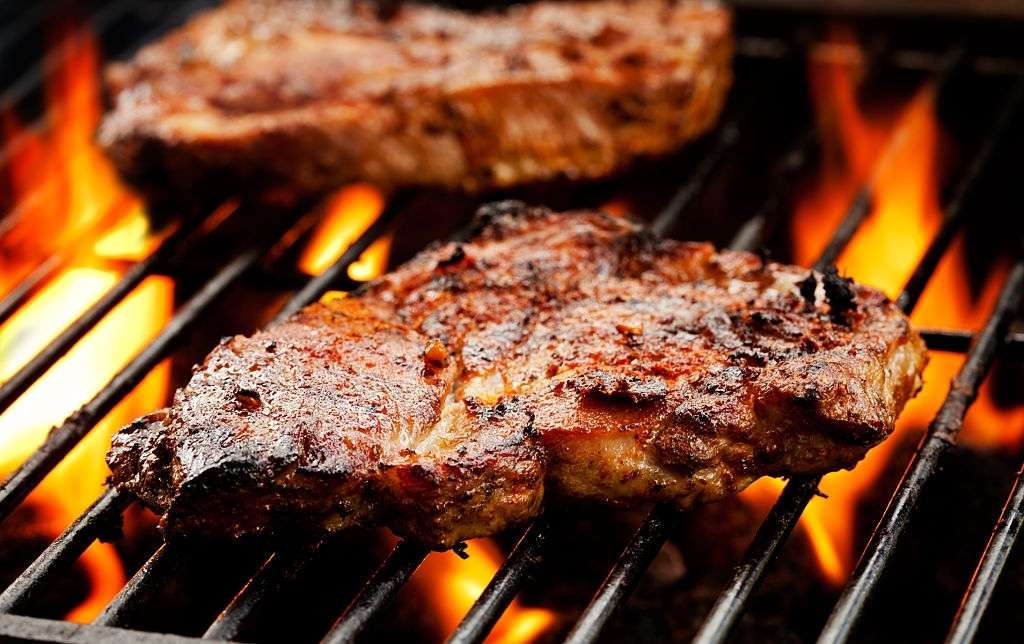 There are very few things in life more satisfying than rich, tender, juicy meat. Meat that cuts easily with a fork and melts-in the mouth, while oozing, flavor, is almost magical.

The other day I was on a quest for such a cut of meat, and I stood in the meat department for a while trying to decide what I wanted to serve my family.

I have had both London broil and brisket at restaurants, and I know they are both rich, tender, flavorful cuts of meat.

However, I didn’t know which one would be best, as I had never prepared either at home.

Although they look and taste very similar, and are often confused with one another, they are two very different cuts of meat, with different methods of preparation.

London broil and brisket are both mouth-wateringly delicious and tender, however they come from two different parts of the cow. London broil comes from the lean muscle on the back of the cow, while brisket is from the fatty part of the chest. Because London broil is a lean cut of meat, it can be cooked in as little as six minutes.  Brisket, on the other hand, requires anywhere from six to 18 hours to cook.

Is There a Difference in Taste?

Because of the high amount of fat that dissolves during the cooking process, brisket has a much richer and meatier flavor than London broil.

Brisket is often served on its own, without sauce. London broil, on the other hand, has a very mild flavor and is typically marinated, and served with sauce.

Brisket has more of a backyard barbeque flavor, while London broil tends to taste a bit more sophisticated.

Is There a Difference in Texture?

When the meats are cooked correctly, they both have a similar, delightful texture. Both fall apart easily and are tender.

However, if the meats are cooked incorrectly, they both have a tough and chewy texture.

London broil is taken from the muscle on the back of the cow, which means that there is very little fat in the area.

The low amount of fat in the London broil means that the meat needs to be cooked quickly and at high heat, otherwise it is overdone.

Brisket is taken from the chest of the cow, which contains a lot of fat. The abundance of fat in the brisket means that the meat needs to be cooked over low heat for an extended period of time to allow the fat to melt and break down the fibers of the meat.

Do They Look the Same?

Before cooking, the two cuts of meat look very different. The London broil is dark red, with very little marbling.

The brisket has a great deal of marbling, and is covered with a thick layer of fat.  Once the meats are prepared, however, they look very similar.

They both are juicy and tender, and sliced thin. They both are usually served in strips, and often have a flavorful “crust” on the outside of the meat.

Which is Healthier: London Broil or Brisket?

London broil and brisket are both good sources of protein and iron. Red meat is not considered as healthy as poultry or fish, as has more cholesterol, but when eaten in moderation it can be part of a healthy diet.

London broil is a much leaner cut of meat, and is a healthier option than brisket, although brisket has oleic acid, which helps raise good cholesterol.

Is There a Difference in Price?

How to Cook a London Broil

To yield the best results, it is best to marinate the London broil for up to 12 hours before cooking.

This will help tenderize the meat and allow the flavors to permeate. Cooking the London broil in the oven will give you the most tender, flavorful meat.

When slicing, slice against the grain of the meat for the most tender cuts.

It is possible to cook London Broil on the grill, although the meat may not be as tender as it would be when cooked in the oven.

To cook on the grill, marinate the meat and then place the meat over coals or in a gas grill. Rotate the meat every minute, until it reaches 145 degrees.

How to Cook a Brisket

The best and most effective way to cook a brisket is to smoke it. Before you cook the brisket, though, the fat needs to be trimmed off the outside of it.

Although the fat in the meat itself is necessary for breaking down the meat, some of the fat on the outside of the brisket will not break down.

Check the smoker regularly to ensure it is maintaining a temperature of 250 degrees.

If you do not have a smoker, or simply do not want to cook outside, it is possible to cook a brisket in the oven.

You will not have the classic smoked-meat taste, and the brisket will not be as tender as it would be if you smoked it, but will still be quite flavorful.

What to Serve with London Broil

London broil often goes well when served with a sauce made from the same ingredients as the marinade. Do not reuse the marinade, simply whisk together another sauce.

It can also be served with barbeque sauce, steak sauce, or gravy. Traditional vegetable side dishes, such as roasted broccoli or loaded mashed potatoes go well with London Broil.

What to Serve with Brisket

Brisket has a delicious, smoky, barbeque flavor, and goes well with traditional barbeque foods such as coleslaw or baked beans.

Although it is possible to make coleslaw with store-bought dressing, it is also quick and easy to make dressing from scratch.

For best results, let the coleslaw sit, covered and refrigerated, for up to two hours before serving.

Slow-cooked baked beans are an excellent companion for slow-cooked brisket.

London broil and brisket are both delicious cuts of beef that are sure to satisfy. The preparation of each cut creates juicy and tender meats that almost melt in the mouth.

They both go well with a wide variety of side dishes, and are excellent centerpieces for a rich and hearty meal.

When it came time to make my decision, I ultimately went with the London broil, as I did not have the time I would need to smoke brisket.

The very next time I have a full day to man the smoker, I will make brisket.