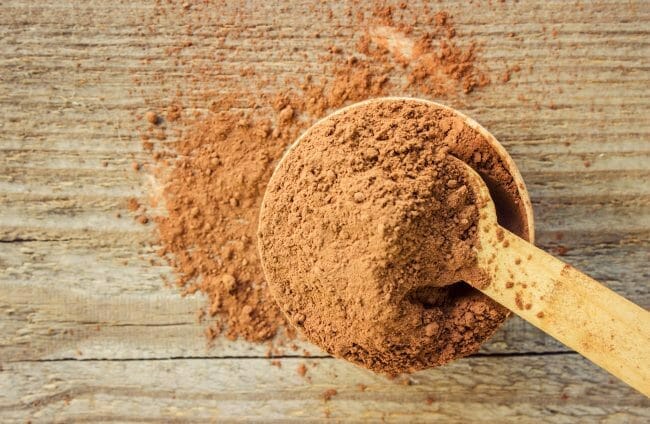 A part of everyday life as a mama of a child with food allergies is reading a never ending list of ingredients on packaged foods.

When it comes to recipes, more often than not there are ingredients included that my child can’t have. One skill you will perfect over time, is making substitutions when you cook.

I save tons of recipes to a Pinterest board and oftentimes I will have to replace ingredients in the recipe to make it suitable for my child to enjoy.

Sometimes, we choose a dessert recipe while we’re at the grocery store and get the ingredients to make it when we get home, but we have to grab substitutions.

I’ve tried a ton of different things, and there are quite a few ingredients that work well as a replacement for malt milk.

Malt milk powder can be found listed as an ingredient in a ton of different recipes, from baking to drinks. Maybe the store is out, or maybe you just like to try new things. Either way, there are several different ingredients that you could use to replace the milk powder.

Many of these replacements are dairy free, which is suitable for a vegan diet or for people who are lactose intolerant.

If you are looking for a healthy alternative, you can try quinoa milk powder. If you have an allergy to dairy, we have you covered. Over half of these replacements are dairy-free. If you have a gluten allergy, try one of the many non-dairy milk powders or give molasses a try.

Some of the substitutes below may perfectly mirror the taste of malt milk while others may have their own added touch of flavor, but all of these substitutes are great.

It is commonly used in desserts and cakes. It has a similar fat content as malted milk, but it doesn’t taste as sweet. You can add a sweetener to your recipe such as sugar or syrup.

The consistency of coconut milk powder is the most similar to that of malted milk powder as well, making it a great substitute. It is also gluten-free.

Maca powder looks and tastes like malted milk powder, but it is not easy to find in stores.

If you really want to give this diastatic malt substitute a go, you can find some online. Maca powder gives you a burst of energy and reduces stress and blood pressure. It is also said to aid in reproductive issues.

Regular milk powder is the easiest non-diastatic substitute to find. It can be found at any grocery store.

It can be used to substitute malted milk powder in any recipe, however you will want to add a sweetener.

Cows milk is typically unsweetened. You would use the same ratios as if you were using malted milk powder when you use this in recipes.

Milk powder is not always gluten-free, so you will want to check the ingredients before you buy it.

Soy milk powder is vegan-friendly, relatively easy to locate, and is most often gluten-free.

It works just like any of the other non-diastatic substitutes and it’s dairy-free.

Like several of the other substitutes, soy milk is unsweetened, so you may want to add sweetener of some sort to it.

5.Quinoa Milk Powder – One of the Best Gluten-Free Non-Diastatic Alternatives

If you’re looking for a healthy and gluten-free non-diastatic alternative to malted milk powder, quinoa milk powder is the way to go.

It’s very versatile and can be used in all sorts of recipes. Quinoa milk powder comes in both sweetened and unsweetened.

You can use the same proportions as you would with malted milk powder if you want, but keep in mind that quinoa milk powder has a much stronger flavor.

If you don’t like the quinoa flavor, you can use half of the milk powder instead.

Almond milk powder is an uncommon non-diastatic substitute, but it is still effective, and it’s gluten-free.

You can use almond milk powder in vegan baking recipes. It has a very strong almond taste and you’ll want to add malt syrup or maple syrup to it.

If you use almond milk powder in your recipe, use the same ratio as the malted milk powder that you’re substituting.

It is a great substitute because it has a relatively neutral taste- one that will not overpower and ruin your recipes.

Add sweetener to taste and this will be the perfect substitute. Oat milk powder goes great in drinks like smoothies, too.

Rice milk powder is a non-dairy, gluten-free,  non-diastatic milk powder that can be substituted for malted milk powder.

Unlike the other substitutes, rice milk powder is naturally sweet. You won’t have to add much sweetener to emulate the taste of malted milk powder.

You will want to add a little bit, however, because the rice flavor is present.

Malt milk powder is among the ingredients in ovaltine milk powder, which makes it perfect for a substitute. It is non diastatic.

Ovaltine can be easily found both in its regular flavor and in a chocolate flavor. It tastes great in drinks and it is already sweetened, so you won’t have to do that yourself.

Ovaltine is not gluten-free, so keep that in mind if you have a gluten allergy.

Unlike the substitutes above, malt syrup doesn’t come in powder form. The flavor, however, is similar to that of malt milk powder.

You will have to dilute the malt syrup with milk because it is a diastatic substitute, but it will make the milk taste like malt milk.

You can add as much or as little malt syrup to your recipe as you like, depending on your taste preferences. Malt syrup is not gluten-free.

Molasses is similar to malt syrup with its super-sweet taste and its thick texture, but unlike malt syrup, it is gluten-free.

It will also have to be diluted with milk to be used as a replacement for malt milk powder due to it being diastatic, but it will work.

You won’t want to overdo the molasses- it is made by grinding and extracting sugar three times and then melting the sugar, so it is extremely sweet.

Vanilla powder is a naturally sweet and aromatic powder that can be a great substitute for malt milk powder.

It is made out of dehydrated and ground up vanilla beans, added with sugar and other chemicals.

This is a great choice as a replacement because of the sweetness of the powder.

Vanilla powder is non diastatic so it is great for baking recipes as well as drinks such as lattes. It is gluten-free and vegan.

While this may not taste exactly like malt milk, it will do the trick in a quick pinch.

If you find yourself in the middle of baking and discover you don’t have the malt milk powder you thought you had- you can whip out honey and sugar and make it into a diastatic malt substitute.

You can add milk to the honey to loosen up the thick consistency.

You can DIY just about anything- including malt milk! All you’ll need to do this is a cup of instant powdered milk and three tablespoons of malt.

This can be shook up or put in a blender. If you have these two ingredients on hand or just have a knack for making things yourself, DIY malt milk is a great substitute.

There are so many different ways you can imitate malt milk powder in recipes with other ingredients.

Many malt milk powder substitutes also come in powder form, making it easy to use as a replacement in recipes due to the ratios being the same.

Some of the available substitutes come sweetened, and others will require a touch added to them to get it to taste similar to malt milk.

If you are looking for a healthier option, you could use maca powder as a replacement.

If you are vegan or allergic to dairy, there are a variety of options that are available and easy to use. You could also try malt syrup or molasses diluted with milk rather than a powder.

You could even create your own malt milk powder and store it for later.

What Is Malt Powder?

This mixture is ground up into a powder. This powder is usually used for drinks such as milk, beer, or wine, but it also is great for baking or cooking with other ingredients.

Malt powder is a very versatile ingredient with many uses, and there are also a ton of replacements that can be used.

Malt powder tastes sweet compared to other flours. There are two forms of malt powder: diastatic and non diastatic.

On the other hand, diastatic malt does have enzymes that break down starches into sugar. This makes it great for baking and making dough.

Any of the above fourteen substitutes will work great as a substitute for malt milk.

Some may have different flavors that require some adjusting to get it right, but others have a very similar taste. Give a new ingredient a try, you might like it even better.