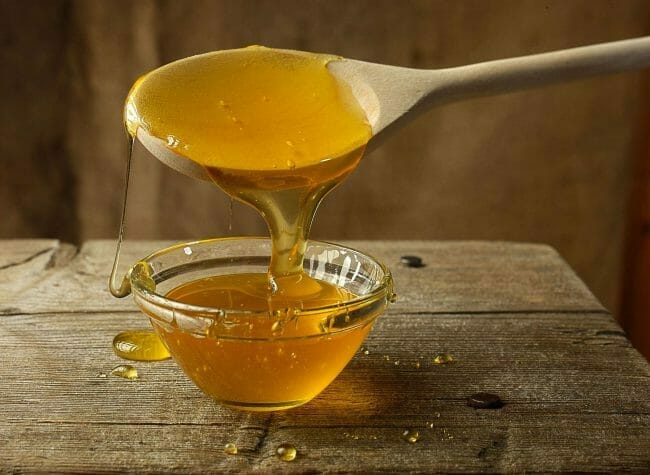 Your recipe calls for maltose, but you don’t have any on hand. Or the store nearest you does not carry it. Maltose is most commonly seen in Chinese cooking.

It is no surprise that maltose is mostly sold in Asian grocery stores. If you don’t live near one, it might be a challenge to find maltose for your recipes. Luckily, we have maltose substitutes.

Others might want to substitute maltose in favor of a lower-calorie option. Whatever the reason may be, there is a substitute for maltose that is suitable for your needs.

The best maltose substitutes for cooking are brown rice syrup, corn syrup, barley malt syrup, and honey. The best maltose substitute for baking bread is plain ol’ table sugar. If you desire an alternative with lower or zero calories, choose monk fruit sweetener, sucralose, stevia, or aspartame. Most sweeteners are vegan, except honey and some sugars that are filtered with bone char.

In this article, we will go over what maltose is, provide the best substitutes for maltose depending on your needs, as well as answer some frequently asked questions about maltose.

If you want to stay as close as possible to the neutral, subtle sweetness of maltose, use brown rice syrup.

Its flavor profile is not completely neutral like maltose, but it has only a subtle, nutty taste. Some describe the taste as a hint of butterscotch.

Brown rice syrup is less thick than maltose, so if the recipe requires you to microwave or dissolve maltose on the stove, keep in mind that this step may not be necessary when using brown rice syrup as it is easily pourable.

There are two different types of corn syrup you can find in the grocery store: light and dark.

Light corn syrup better mimics maltose because of its neutral flavor and moderate sweetness. Dark corn syrup has a caramel-molasses flavor and is much sweeter.

Many are reluctant to use corn syrup because of the fear of fructose. The corn syrup sold in grocery stores is actually just glucose. High-fructose corn syrup is a different product and is only used in commercial food production; it is not sold in bottles on store shelves.

Barley malt syrup, as the name suggests, is produced from malted barley. It is a dark-colored, sticky syrup with a thickness of molasses.

Barley syrup is half as sweet as table sugar and boasts a unique malty flavor. It is commercially used to brew beer.

If you don’t prefer the malty flavor, use barley malt syrup in combination with another sweetener, like table sugar, to increase the sweetness while decreasing the malty flavor.

If you enjoy the malty flavor, this substitution may be the one for you.

Honey is a common pantry staple and chances are, this is the sweetener you have most readily available. Compared to maltose, it is considerably sweeter, even sweeter than table sugar!

When substituting with honey, use ¼ cup of honey for every 1 cup of maltose the recipe calls for.

Honey is known for its floral taste profile, so keep in mind that this may affect the taste of your final product. For Chinese BBQ recipes, honey is an acceptable swap for maltose.

Note that honey is not a vegan product because it is harvested from bees. See below for a section about vegan sweetener substitutes.

Table sugar is actually a disaccharide called sucrose. It is made up of one glucose molecule and one fructose molecule joined together.

Table sugar works well for feeding yeast so they can release gases to proof the bread.

For bread baking, you can use a 1:1 ratio to substitute table sugar for maltose. Since the yeast will use the sugar anyway, you don’t have to worry about your bread turning out too sweet.

This sweetener is extracted from the monk fruit, also known as lou han guo, which is native to China.

Although the monk fruit itself is sweet, the extracted product is not the natural sugars of the fruit.

Rather, monk fruit extract is a component of the fruit called mogroside which tastes 100-250 times sweeter than sugar.

Monk fruit sweetener has zero calories and is suitable for cooking and baking. Most products are formulated to be used in a 1:1 ratio as sugar.

Sucralose is sold under the brand name Splenda. It is 600 times sweeter than sugar and has zero calories.

Splenda is known for not having a bitter aftertaste. You can use Splenda in your baking and cooking at a 1:1 ratio.

Stevia is a zero-calorie sweetener extracted from the leaves of the stevia plant. It contains no carbohydrates, which means it won’t affect your blood sugar levels, making it a great choice for those with diabetes.

Stevia exists in powder and liquid formulations and can be used in cooking or baking.

Many products come with a conversion chart on the packaging that explains how much stevia to use to achieve the desired sweetness of sugar.

More commonly known by their brand names Equal and NutraSweet, aspartame is a low-calorie sweetener with 200 times the sweetness of sugar. It is most commonly used to sweeten beverages.

Aspartame is not recommended for baking because high heat degrades the product, making it less sweet.

All of the sweeteners mentioned above are vegan, except honey. Refined sugar is sometimes made by filtering through bone char.

In this case, the sugar is not vegan. Look for the organic label when buying refined sugar, as organic sugar is not filtered through bone char.

Maltose itself is also vegan, but if you don’t have maltose available, there are many substitutes listed above that are still vegan. In addition, agave is a popular sweetener for those who are vegan.

Agave nectar, or agave syrup, is extracted from the same plant that is used to make tequila.

It is a popular choice for vegans who are looking for an alternative to honey. You can use agave nectar in cooking, baking, or sweetening beverages.

When using agave in place of maltose, keep in mind that agave is 1.5 times sweeter than sugar while maltose is one-third the sweetness of sugar.

Thus, the conversion is to use about a quarter cup of agave to every 1 cup of maltose needed to achieve the same level of sweetness.

Maltose, also called malt sugar, is a viscous syrup used as a sweetener in commercial products and home recipes. It has a neutral sugary taste but with one-third the sweetness of table sugar.

Because of its high viscosity, many recipes will require microwaving or stove heating maltose to dissolve it.

Maltose is a naturally occurring sugar in common foods such as sweet potatoes and some fruits.

The thick, syrupy maltose product you find on grocery store shelves is commercially produced by hydrolyzing starch, a process that breaks down starch into two-sugar units called disaccharides.

Maltose is a disaccharide made up of two glucose molecules.

How Do You Make Homemade Maltose?

Making maltose at home is quite an extensive process, but if you are a determined homemaker, check out this video on how to make maltose.

How Do You Use Maltose?

Maltose is extremely thick and does not pour easily. First, microwave the maltose for 15 seconds to make it easier to work with. Spray a spoon with cooking oil and scoop the desired amount of maltose.

The cooking oil will prevent maltose from sticking to the spoon. Many recipes will require you to dissolve the maltose in hot water. It should dissolve easily with stirring.

Maltose is not an easy ingredient to find. It is mostly sold at Asian grocery stores, so some people may have trouble accessing this ingredient.

People also substitute maltose in favor of lower-calorie alternatives. Even though maltose has one-third the sweetness of table sugar, it still contains the same number of calories per gram.

Is Honey Or Maltose Better For Making Peking Duck? Which Is More Traditional?

Maltose is the more traditional sweetener to use when making Peking duck. Honey is an acceptable substitute, but it will make the duck sweeter and give a more floral taste. You can adjust this by using less honey.

What Are Some Recipes That Use Maltose?

Char siu is a traditional Chinese BBQ dish that uses maltose to sweeten and coat the meat. The Woks of Life blog has a delicious char siu recipe here: https://thewoksoflife.com/chinese-bbq-pork-cha-siu/

Peking duck is also a popular Chinese dish that uses maltose to crisp the outside and infuse a sublte sweetness. Here is a Peking duck recipe from China Sichuan Food blog: https://www.chinasichuanfood.com/homemade-peking-duck/

If you want to use maltose in baking, this link will take you to a page with recipes for peanut butter cookies, gingerbread, biscuits, jam, and candies: https://www.fao.org/3/V9805E/V9805E06.htm

There are plenty of substitutions for maltose, all of which have their own unique properties and uses.

Hopefully, this article guides you to pick the best maltose substitute based on your needs.