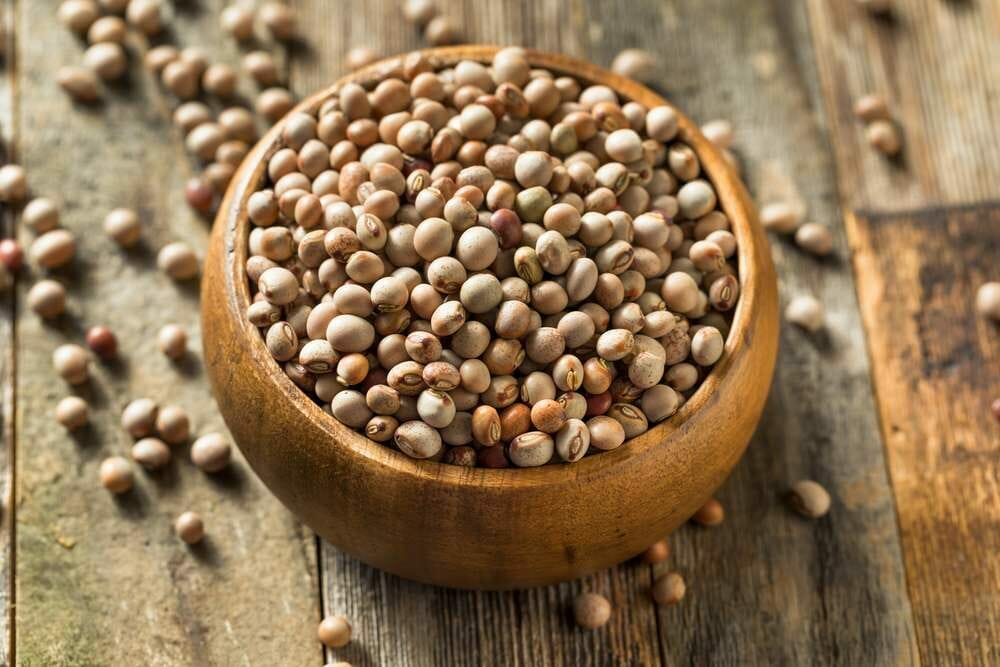 It happens to the best of us. You have dinner started, and then you find yourself out of a key ingredient, in this case pigeon peas.

Whether you are making rice and peas, curry, or a pigeon pea stew like the South Indian sambar, the following substitutions will make putting dinner on the table a breeze.

In this article, we will talk about the different substitutions and in what applications they work best. We will also go over some commonly asked questions pertaining to pigeon peas and beans, both canned and dried.

This is the most common substitution for pigeon peas. Black-eyed peas are readily available and a popular legume of the southern United States.

Their origins can be traced back to West Africa, and they lend themselves well to African and Caribbean flavors.

Like pigeon peas, black-eyed peas can be found dried or canned. Besides being easier to find and similar in taste, there might be some superstitious benefits to substituting black-eyed peas.

In the southern United Stated, black eyed peas are often ate on New Year’s Day because they are thought to bring good luck to the consumer.

Because the peas swell during cooking, it symbolizes your life swelling with prosperity.

Lima beans are also an acceptable substitution. They have an earthy flavor like pigeon peas.

One downside to using lima beans is that they tend to be larger than pigeon peas. Like most beans, dried or fresh have superior flavor to canned but some additional prep time will be required.

In the commonly asked questions section of this article, we will go over some basic cooking instructions that apply to most dried beans, pigeon peas and lima beans included.

Mature lima beans are often canned and referred to as butter beans. They are softer than young lima beans and would make a better substitution in a soup or stew as they lend a creamy texture.

Pinto beans are similar in size and color to dried pigeon peas. They are my personal favorite substitute because I always have them on hand.

If you are like me, they may be the easiest substitute on this list. Pinto beans are a versatile legume prevalent in many cuisines. They have a nutty flavor that is reminiscent of a pigeon pea.

Fava beans, also known as broad beans, look somewhat similar to lima beans. Unlike pigeon peas or lima beans, fava beans are known to have a firmer texture and hold up better to longer cooking times.

In a stew, we might want a legume that breaks down to add a creamy texture to the finished product.

In a rice dish, however, we want a bean that will hold its shape and not become mush when we fluff the rice. In this instance, fava beans can shine.

They are also the most popular legume in Ethiopia and often used as a substitute for pea flour in an Ethiopian stew called Shiro Wot.

Lentils are much smaller than pigeon peas and come in a wide variety of colors. Because of the size and color differences, they make a better substitute for pigeon peas in soups and stews where they are less noticeable or pureed.

One benefit to substituting lentils is that they cook much faster than dried pigeon peas and do not require soaking.

Navy Beans offer a creamy texture to your soups and stews. Their mild flavor makes them a covert option in your pigeon pea substitute arsenal.

They are often referred to as Boston beans. Navy beans are native to the Americas and are readily available in supermarkets here.

Chickpeas are the main ingredient in hummus. As you can imagine, when cooked properly, they can offer a decadent creaminess to your soup or stew.

Chickpeas are often referred to as garbanzo beans. Chickpeas are one of the earliest cultivated legumes and are easily accessible.

Bean connoisseurs are especially partial to cooking chickpeas from their dry state. They are adamant that the creamy mouth feel is unparalleled. In this instance, it might be worth skipping the canned section.

Out of all the substitutions on our list, yellow-eyed peas may be the hardest to find. However, if you can get your hands on some, it will be worth your while trying them in your favorite dishes calling for black-eyed peas or pigeon peas.

They are known for their fatty, creamy texture. They offer a sense of decadence in your soups and stews that is unlike any other bean.

Green beans would work especially well in a salad because of their vibrant color and crunch.

To substitute green beans, cut them into bite-sized pieces and blanch them in boiling water for only 2-3 minutes.

Then, stop the cooking process by shocking them in ice water. This will preserve their crunch!

Edamame, or young soybeans, is another great salad addition. Edamame are bright green and have more of a bite than some other beans on our list. They can typically be found frozen.

When buying edamame for salads, get the shelled variety for easy preparation. Frozen edamame can simply be thawed and tossed into your favorite salad.

If you find yourself in a similar situation, don’t fret just yet, my friend. There are several options for substitutions listed below. It is important to know there are 2 types of pigeon peas in the market.

Dried pigeon peas are reddish-brown and make a great thickener for soups and curries.

Green pigeon peas, on the other hand, resemble a small lima bean and hold their shape throughout cooking. The difference in color and texture is due to harvesting times.

The color variation works to your advantage when making a substitution because you’re not locked into one specific visual. Another thing to note is that pigeon peas are actually a type of bean.

Pigeon peas have a nutty and earthy flavor but can be difficult to find in American markets.

I do try to stock up on them when I find them, but when I went to my pantry, there was not a can to be found. Dried pigeon peas take longer to cook, but I did not even have those.

Which Dish Do You Use Pigeon Peas In?

As a chef, I mainly use pigeon peas with rice. For example, the other day I had a real craving for some Jerk chicken.

I whipped up my favorite marinade and let it go to work on some bone-in legs and thighs. I even had some sweet potatoes candying in my favorite Dutch oven. I knew I needed some rice and peas to make this meal complete.

What is the Difference Between a Pea and a Bean?

There are a few differences between these two legumes. The most notable is that peas are typically round while beans are flatter and oval in shape. Peas typically require a shorter cooking time as well.

How Do You Cook Dried Pigeon Peas and Other Dried Beans?

The first thing you want to do is sort and rinse your pigeon peas or other beans. Remove any broken pieces as they may actually be small rocks.

Next, you want to soak your beans. Some cooks argue that this is not necessary. However, soaking beans ensures they will be evenly tender.

Some believe soaking beans also break down the starches that cause gas and upset tummies. Add water to double the height of your beans. Soak your beans in cool water for 4 to 8 hours.

Then, drain your beans from their soaking liquid. Add freshwater or stock to cover. You can also add optional aromatics like onion, garlic, herbs, and pork bones.

Now, simmer your beans over low heat until they are tender. You may need to add more water as the beans cook. You want them to stay submerged in liquid. For proper storage and cooling, check out the links below.

The most common reason to substitute pigeon peas is that you are unable to find them at your local grocery store or you may have other beans in your pantry that would be more convenient to use up.

Pigeon peas are a staple in many Caribbean, African, and Indian cuisines, but there are many substitutions that can be made.

These pigeon pea substitutes can be easier to find, more affordable, and a few options are lower in carbs, calories, and fat. All of these options are delicious and nutritious.