Can You Put Yourself Up for Adoption? (What You Should Know) 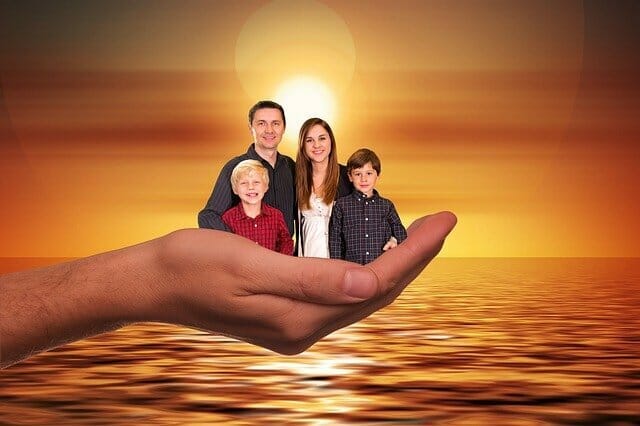 Whether as a joke or in all seriousness, many people have the thought of putting themselves up for adoption. But can you actually do it?

Adults can initiate adult adoption proceedings for themselves if they have someone willing to adopt them. For children, it is much more complicated to put yourself in a position to be adopted. The state must terminate your parents’ rights, they must die, or they must be willing to give them up.

Adoption is the legal process by which a person becomes the legal child of another. A new birth certificate will be issued, naming the adoptive parents rather than the biological parents.

After an adoption is complete, the adoptive parent or parents are the legal parents for all purposes, including inheritance. Adoptive parents will also be considered the parents when determining the next of kin for medical decision-making.

How To Put Yourself Up For Adoption As An Adult

If you are already 18 or older, there are not any adoption agencies that will place you with a new family. You will only be able to do this process if you can find someone who wants to adopt you. Here are the things you need to do:

1.Find Another Adult To Adopt You

Adult adoptions are usually meant to formalize a relationship not cemented by biology.  Sometimes stepparents adopt their stepchildren later in life. Elderly adults may choose to adopt a younger person who has been meaningful or like a child to them.

Other times, the purpose of adult adoption is not based on sentiment, but rather on legal benefits.

Adoption creates a parent-child relationship and all the benefits that go with it. This includes inheritance, medical decision-making and visitation rights, and more.

State Law sets the Adoption Procedure. To determine your next steps, you must research the laws of the state where you live.

Some states do not provide for adult adoption. Even more have restrictions regarding disabilities, age differences, and other relationship statuses.

The restrictions vary widely from state to state. If you don’t qualify where you live, you may need to move to a state with more favorable laws.

3.Find The Forms To File A Case

State Courts conduct the adoption proceeds. To have a judge hear your case, the person adopting you must file a form called a petition to open the case. They will likely require Several other forms in the process.

Many states have court forms available free online through the court or state website.

If you cannot find the forms for free, you may be able to buy them online. Legal Zoom is one popular website that people use to buy blank forms for filing cases without an attorney.

If you cannot find the forms for free or to purchase, your next step will be to consult an attorney. An attorney can draft and file the forms for you.

Many attorneys charge based on the time they spend working for you. Other attorneys will charge a flat rate for document preparation if they are not representing you in a hearing.

After filing the paperwork with the court, the petitioner will likely need to have you served with the initial paperwork. There are often several steps in the case regarding paperwork.

After filing one stage of paperwork, you may get an order from the court to file another phase of paperwork. This is normal as you progress through the different steps in the case.

Expect your case to end in a hearing. A hearing is a court proceeding in front of a judicial officer, as a judge or magistrate. You and the person adopting you will both need to attend.

The judge will ask you each to speak to explain what you are trying to do. The judge may ask questions of you both.

Sometimes a judge will make a decision while you are still in the courtroom. The judge will just tell you whether your request is approved or denied.

This is the official proof that you are adopted, and you may need to show this document to others.

How To Put Yourself Up For Adoption As A Minor

Those under 18 years old cannot voluntarily begin adoption proceedings as adults can. Instead, a minor is eligible for adoption through only a few scenarios:

Termination Of The Parent-Child Relationship

Parenthood is an intrinsic legal state for the parents named on a child’s birth certificate, usually the birth parents. It can only be ended by the courts or by the death of the parent.

A child can only have two legal parents at one time. If there are two living parents on a child’s birth, there are only two ways to pursue an adoption.

The parent-child relationship can be terminated by the courts or the death of a parent.

State Intervention In The Parent-Child Relationship

Every state has the provision for a child welfare system to ensure the safety of children in that state. In very drastic situations, the state, via its attorneys, will ask the court to legally end the parent-child relationship.

Usually, the family is reported to the state’s child protection agency. Other times, law enforcement becomes involved and refers the case to the state’s attorneys.

This process is long and time-consuming and only done in very dangerous situations. Many states give parents opportunities for improvement and reunification before terminating their parental rights.

If a parent’s rights are eventually terminated, the child will be available for adoption by another person. If the child has another living parent, that parent has the opportunity to consent or object to any proposed adoption.

Often, children are placed with other family members for long-term care. They may not be adopted.  Sadly, many children end up in foster care and group homes because they have no place to go.

Parents May Be Able To Relinquish Parental Rights

Some states allow parents to relinquish or give up, their parental rights as part of an adoption proceeding. It is nearly impossible for a parent to give up their rights, and responsibilities, without a prospective adoptive parent in the picture.

The relinquishment as part of adoption is most common in situations where the parent is supportive of the adoption. The birth parent may know the adoptive parent or parents through family, friends, or church.

Other times, birth parents may work with an adoption agency in an open adoption and get to know the adoptive parents. Then, during the adoption proceeding, the birth parent(s) surrender their rights.

When a person adopts the children of their current spouse from its previous partner, it is called step-parent adoption. The other parent must be dead, have their rights terminated, or be willing to relinquish their rights.

If any of those three options apply, then the step-parent can pursue adoption via the state court.

What Do I Do If I Think My Parents Should Have Their Parental Rights Terminated?

Remember, the court only terminates someone’s parental rights if criminal levels of child abuse or neglect are happening. They will not do it if you simply don’t get along with them or want someone else to be your parent.  If you are in a dangerous situation, call 9-1-1.

Many people you know are mandated reporters, meaning they are required to report it to the police if you tell them you are being hurt by your parents. Teachers, doctors, nurses, counselors, and school staff are all mandated reporters.

If the state opens a case against your parents to terminate your rights, expect it to take a long time to finish. The court will appoint an attorney for you called a guardian ad litem to represent your best interests. Be honest with them about your fears.

What Do I Do If I Don’t Want My Parents To Have Any Control Of Me?

Minors who are interested in adoption as a way to limit their parents’ authority should research the emancipation process. Some states have processes by which children under 18 can be declared separate from their parents.

Not all states have this process, and in those that do, it can be hard to win. Emancipation usually requires that you can prove that you have the ability to live independently and support yourself.