Can A Single Parent Join The Military? (Rules & Exceptions) 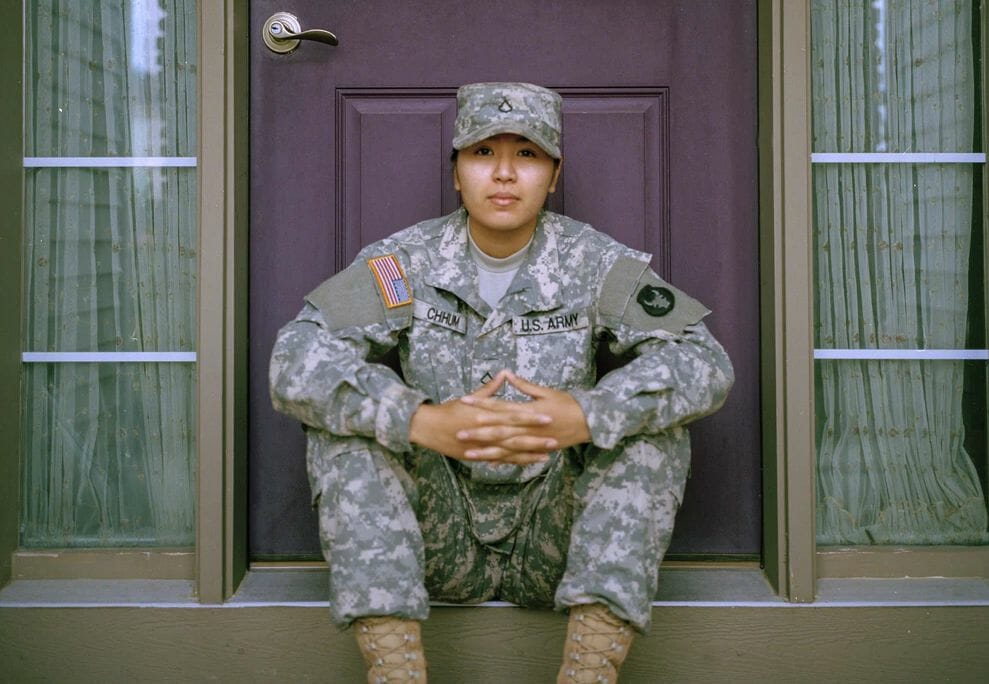 According to Statista, in 2019, up to 14.84 million United States families comprised a single mother. It’s believed that around 16 percent of single parents are single fathers, says a classic report.

As a single parent, if you’ve decided that you’d like to make a career shift and join the military, is this a viable option?

The military usually does not allow for single parents to do first-term enlistment if they have child custody. Military enrollees are supposed to be deployable, which does not gel with being the sole caregiver of a child. One of the only ways to enroll would be to transfer child custody to your ex-spouse or partner with proof of a court-ordered document.

If you want to learn even more about whether single parents can enlist in the military, then we recommend you keep reading.

Ahead, we’ll explain the military’s enrollment policy in great detail. We’ll also talk about commander discretion and when it applies.

Can Single Mothers Join The Military?

According to an article from The Veterans Site, throughout the US, more than 30,000 single mothers currently serve in the military. Besides the single mothers quoted above, another 85,000 are married mothers.

From 2001 onward, of all the service people in Iraq and Afghanistan, roughly 220,000 of them were women, the site also notes.

How likely is it that a single mother would be accepted to serve in the military? If she currently holds child custody, then for many military organizations, the answer is zero percent.

Why is it that some military organizations allow single parents to enroll and others don’t?

When joining military branches that welcome single moms, you will first be expected to legally relinquish custody of your child. That’s a big ask of anyone, hence why the Army, etc. will just bar single parents outright.

Attorney Emy A. Cordano states that mothers receive child custody in 90 percent of cases, which is an astonishingly high rate.

Thus, it’s safe to assume that nearly any single mother who wanted to join the military would have to decide whether she wanted to give up custody first.

Can Single Fathers Join The Military?

Given what we know about which parent typically is awarded child custody, we can safely say that single fathers will become the primary custodian in only 10 percent of cases.

Since sole custody is the main obstacle between a single parent and the military, once this obstacle is removed, there’s no reason a single father wouldn’t be able to join the military.

Besides the potential for career advancement, there are plenty of reasons why a single parent might consider joining the military.

After all, the military offers family counseling, childcare services, tax breaks, family advocacy programs, and relocation assistance that are very attractive to a freshly single parent who’s starting a new chapter in their life.

Yet if you’re a first-time enlister of the military and you have sole custody of your child, you more than likely cannot join.

The reason the military discourages single parents with sole custody from enrolling is that as an active military member, at any point, you can be deployed.

When you’re deployed, you could be sent to warzones and other dangerous areas, often for months at a time if not longer.

As the court-appointed primary caregiver of your child, it’s your responsibility to care for them, which you usually cannot do when deployed.

Let’s discuss the various branches of the military and their stance on accepting single parents as enrollees.

The Air Force Reserve Command as part of the United States Air Force has a statement on their website about enrollment eligibility for single parents.

Here is what they say: “Applicants who have children and are single, divorced, or married to a military member are ineligible; however, they may request a family care determination if otherwise qualified.”

The website statement goes on to mention that to get a family care determination, you’d need a third party who’s willing to take care of your child while you’re actively deployed.

It doesn’t appear that this third party has to be an ex-spouse or partner.

The United States Army has strict age and physical fitness requirements for enrollees, so it’s not surprising that they’re specific about the child status of their enrollees as well. Single parents are ineligible.

If you’ve always dreamed of enrolling in the Navy, is it possible now that you’re a single mom or dad?

According to the Navy’s website, you can join their ranks as a single parent. Yet first, you’d need a waiver.

There’s also some good news if you’re interested in becoming a part of the Marine Corps. They too welcome single parents.

Before you even contemplate whether you’d want to give up the parental rights of your child to your ex-spouse or partner, we recommend researching the military branch you’d like to join.

For example, if you wanted to become part of the Air Force, you’re not allowed to transfer child custody to someone else just to get in. If you do that, the Air Force will disqualify you from ever joining their ranks.

It goes further than that, too. Should you not be the primary custody holder of your child but you still have a child, the Air Force requires you to complete their Air Education and Training Command Form 1328.

In this document, you must confirm that you’re not joining the Air Force and intending to claim child custody when you’re done serving.

The Army also prohibits single moms and dads from transferring child custody for the sole reason of joining.

Army representatives who try to bring in new recruits are not supposed to mention giving up custody as a viable means of entering the Army.

You might be asked to testify that if you were to regain child custody when enlisting in the Army or Air Force that you’re violating the terms of your enlistment contract.

Doing so puts you at risk of fraudulent entry and involuntary separation, which are two serious charges.

There are some exceptions to this rule, such as if your ex-spouse or partner becomes severely incapacitated or dies.

You must understand that once you give up child custody, regaining it might not be an option.

If you want to proceed, you’d have to serve your child’s parent with a Petition and Summons for an Allocation of Parental Responsibilities document in the child’s home state.

Then you and your ex-spouse or partner would go through a court hearing. When you and the other parent agree on the terms of custody, they’re added to a court order.

You’ll need proof of the court order to join military branches such as the Marine Corps. Just don’t expect to be eligible to enroll overnight.

The Marine Corps, after receiving your court order, requires you to wait at least one year before you’re considered able to join.

What Is Commander Discretion And Does It Allow Single Parents To Join The Military?

We have to talk about commander discretion, as it can be an in for single parents who want to enroll in the military. Military commanders are those who oversee the base or living quarters of servicemembers.

They have the right to decide whether a first-enrollment military service member is allowed to bring a child with them. The child would live at the military base.

Commander discretion happens very rarely, so we don’t recommend getting your hopes up.

If you’re wondering whether your commander will grant you this privilege, you can ask when doing your entry training. Should the commander say no, it’s a done deal.

Bringing your child onto the military base despite the commander’s refusal puts you at risk of fraudulent enlistment charges.

What If You Got Married During Your First Military Enlistment? Do The Rules Change?

Let’s say you weren’t a single parent when you joined the military, just a single woman or man. You found the love of your life while serving on active duty and you two got married.

If both of you are active service members and you have a child, then yes, the child can live with you on the military base.

First, you’d have to file what’s called a Family Care Plan. This is required of single parents who are eligible to join the military as well.

The basis of the Family Care Plan varies depending on if you’re a part of the Marine Corps, Air Force, Army, or Navy.

Generally, the Family Care Plan protects your family now while also planning for what will happen when you’re someday gone. It encompasses areas like family activities, medical care, school, and childcare.

What if two active military servicemembers divorce and they have a child? Custody arrangements are still decided in a court just like for civilians.

Should one parent decide to leave the military after the divorce, then custody would likely go to them.

If both parents remain a part of the active military, the judge will have to review such factors as who’s most likely to deploy and then award custody based on those factors.

In most cases, single mothers and fathers who have sole custody of their child cannot join the military.

Some military organizations allow you to transfer custody to your ex-spouse or partner while others do not.

Just like deciding whether to join the military is a major, life-altering decision, so too is giving up sole custody of your child. As we said before, you may never get that custody back.

Only you can choose what’s right for you as a single parent, but now you have all the facts to make your decision.