How Soon Do Guys Know She’s the One? 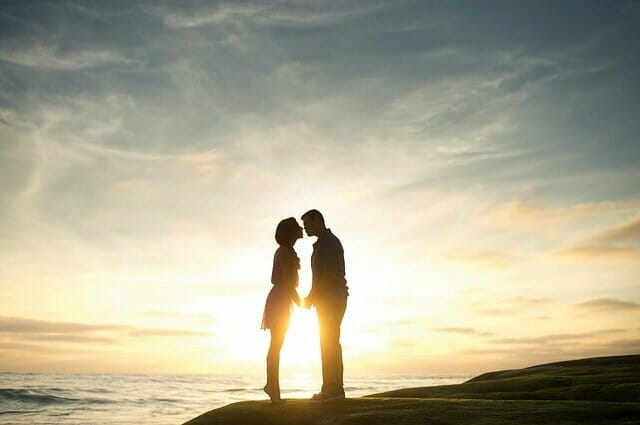 How do you know that you’ve found your person? Some people simply say that when you know, you know. But for someone who’s never felt this way before, that’s less than helpful. So how soon do guys typically know that the one they’re dating is ‘The One’ for them?

Many guys admit that they know their wives were ‘The One’ for them after approximately three dates. While the moment of realization can occur at any time, it usually doesn’t set in until guys have gotten to know the person they’re dating. The ‘lightning’ moment rarely occurs during the first meeting.

Still, each guy is different. It’s going to be a special experience for everyone. It’s far from an exact science.

Whatever it is, some guys just know. This is the epitome of the ‘if you know, you know’ philosophy. For some people, it truly works like this. It’s like being hit with a lightning bolt the first time you meet your person.

Still, you don’t want to play your hand right away. Even if he melts when she looks at him, asking her to be his forever person right away is strange. It’s off-putting for most women.

Keep in mind that even if he knows right away, he might not say anything about it for a while. He still wants to get to know you.

He Could Be Sure After Three Dates

So why three dates?  Why is this the standard moment that he knows she’s ‘The One’ for him? It takes some time to get to know someone. First impressions can be great. However, someone might be completely different during subsequent meetings.

The three-date model is simple. The first time you meet, you’re just introducing yourselves. You’re putting your best foot forward. You are learning the basics about the other person and their life, their relationships, and more.

While he might know after the first date that she’s ‘The One’, it might take a little while to confirm.

On the second date, you dig a little deeper. You start to see who they really are under those first-date jitters. The fact that there’s a second date at all means there’s something worth exploring. This is when you start to explore it.

The third date is much more relaxed. You know each other, you’re comfortable with each other (to an extent). You’ve likely seen them interact with others. If this date goes well, it’s a good indicator that he’s already thinking she might be his person.

Some guys have a harder time knowing for sure if she’s perfect for them. Even if he loves her more than anything else, he might hesitate. Someone who has been hurt before will wait until they cultivate trust. Likewise, someone who wants to be sure may wait quite a while.

It’s important to realize that even within a relationship, people may move at different speeds. He might need a little longer to realize or acknowledge his feelings. It should be okay to talk to your partner about how things are progressing.

But How Does He Know?

Relationships are as varied and unique as the people in them. Each couple has different metrics, milestones, and paces. Every successful relationship has that moment when he realizes she’s the perfect one for him (and vice versa).

Here are some of the ways that he might know she’s perfect for him.

She Takes Care of Him

Sometimes, this is all it takes for a guy to know she’s ‘The One’. Even when he’s not sick, she takes care of him. In every way that matters, she’s there. She helps him talk things out and makes sure that he’s doing okay. She is aware and invested in his general welfare.

Even guys need to be taken care of sometimes. That could mean being there for him when he’s had a rough day. It could mean fostering his vulnerability. If he feels comfortable enough to be less than tough around her, it’s a good indication she’s something special.

He Can’t Imagine Being Without Her

This is one of the most common expressions guys give when asked why they knew. While they’re dating, he realizes that she’s important to him. He realizes that he can’t imagine what he would do without her. She has become so essential to his life, his wellbeing, and his days. And he just can’t see it any other way anymore.

This feeling occurs naturally over time. When things are going well and they are very into each other, this feeling grows. When she is this vital to his life, he will realize that she’s the only one he wants.

He Misses Her When She’s Gone

Of course, most people miss their significant other when they aren’t around. But this type of ‘missing’ takes it to another level. It goes far beyond ‘wish you were here’. This is a feeling that the room isn’t complete if she isn’t in it.

He might want to share his experiences with her exclusively. He might think about how she’d laugh at a joke he heard, or how she’d make him feel complete. Either way, this sentiment isn’t just missing someone physically. It’s an all-consuming feeling that something isn’t right unless the other person is there.

They Have Similar Goals

When he feels like they can go in the same direction together, he might start to feel like she’s ‘The One’. If your goals complement each other and work together, life will be a little easier.

She Is Willing to Be Vulnerable

We all want a human partner. Someone who has flaws, emotions, and isn’t afraid to express them with you. When she can be vulnerable with him, he knows she’s something special. This means that she doesn’t have to be strong all the time.

It means that she trusts him, and she’s willing to show him every part of her. Even the parts she doesn’t think are worthy, or the messy parts. When she is comfortable sharing these things, he might realize that she’s perfect for him.

He Can Confide in Her

Having someone to talk to is one of the reasons people search for relationships. Having that connection to someone is priceless. Being able to tell them anything, to be honest and open with them, is important.

When he feels like he can confide in her, she becomes vital to him. When he can express his doubts and fears without judgment, he knows. Her support is an important step towards the realization that she’s ‘The One’ for him.

They Have a Connection

It’s not hard to find a connection with someone. It’s not difficult to find things to talk about, or to express interest in someone’s passions. But the connection that they share says a lot about the relationship. When that’s a deep, meaningful connection, he knows she’s his person.

That type of connection is rare. When he finds it, it’s a pretty big indicator that this is the person he wants in his life.

She’s There No Matter What

Finally, her presence is important to him. This means she’s there through good times and bad times. She’s by his side when he has a terrible day, waiting to comfort him. She’s there waiting to celebrate the good days, too.

No matter what happens, she is there with support and love. These are some of the most important indicators that she’s the right person for him. When she’ll go to bat for him, he knows that she’s something to be treasured.

It might not be simple to pinpoint a timetable for how a relationship will develop. Some men know instantly that she’s the one, while some take a little longer. Still, some men want to be sure. How things are progressing after the third date will generally tell you how the relationship will go. This might be when he knows she’s ‘The One’.