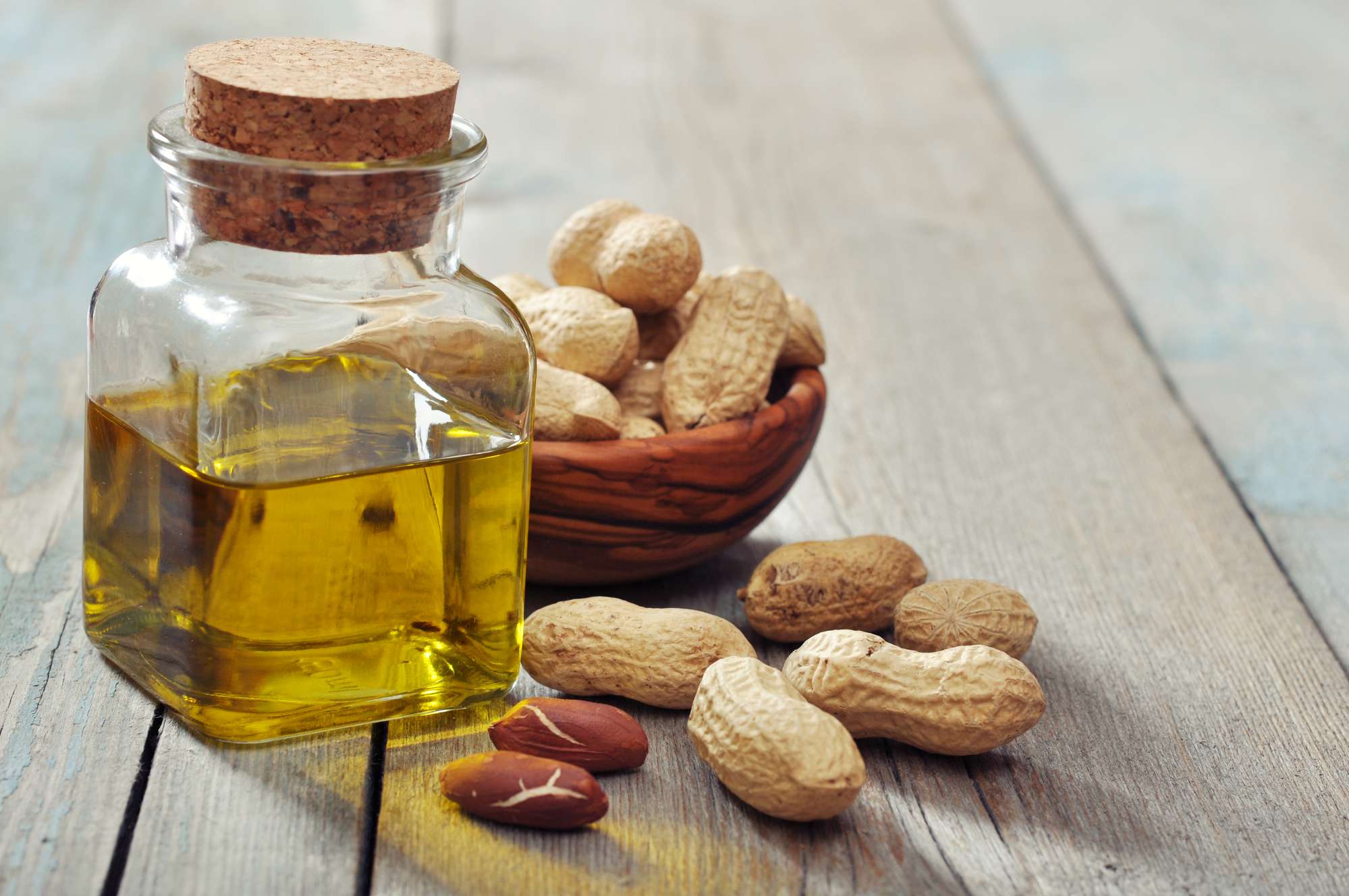 Cooking with peanut oil is the perfect way to get a crispy finish on a fried shrimp, or to add a deeper flavor profile to a salad dressing—but just how long will that bottle keep in the fridge? Or will it keep longer in the pantry?

While peanut oil can last a long time, it will only do so if it is stored properly.

When adequately sealed, unopened peanut oil has a shelf life of up to 12 months. Once the bottle has been opened, it’s best if the peanut oil is consumed within 6 months. If you make your own peanut oil, it will only stay fresh for about 6 months in the fridge. You can ensure your peanut oil has the longest shelf life possible by storing it properly.

Worried that some peanut oil in the fridge might have already gone bad?

Keep reading to find out more about properly storing peanut oil and how to know when it may be spoiled.

Peanut oil, like many other major oils, has a long shelf life, meaning it will last much longer than most other foods in the pantry. This does not mean that peanut oil will never expire.

Peanut oil is still made of food (it is fat that is released from peanut seeds when they are pressed) and it is perishable. Most bottles of peanut oil will have an expiration date on them stating the date when it is no longer safe to consume the product.

If the expiration date is missing from the bottle of peanut oil, know that peanut oil only stays fresh when it is unopened and for about 2 years.

These two years are measured from the day the product was bottled and this date is on the bottle as well, labeled as the manufacturer’s date.

In the case that the manufactured date is also missing from the bottle, the peanut oil will need to be visually checked for signs it has gone bad before it is consumed.

Making homemade peanut oil is a great way to get the freshest peanut oil possible but without all the preservatives that come in the store-bought version.

What if the Peanut Oil is Opened?

Unfortunately, peanut oil will only stay fresh for 2 years when it is unopened. Once it is opened, air is allowed into the container, which causes the oil to perish faster.

After opening, it is recommended to store peanut oil continuously in the refrigerator at temperatures at or below 37 degrees (but don’t let the peanut oil freeze).

As long as peanut oil is continually refrigerated, a bottle of opened peanut oil will last at least 6 months when properly sealed with a screw-on cap.

How Long Does Peanut Oil Last After Using It?

Using peanut oil for deep frying? When poured into a large deep fryer, it can be difficult to get peanut oil back in the container, but, as long as the deep fryer has a top that seals, it is safe to leave the oil in the deep fryer—but for 5 days at most.

After this time the deep fryer must be emptied, cleaned, and the oil must be thrown away. If it’s possible to remove the peanut oil from the deep fryer, then it should be placed in an air-tight glass container, as heat and light can quickly degrade peanut oil.

But before doing this, the oil needs to be strained using a cheesecloth or strainer to remove any food debris.

Food debris rots faster than oil, and if left in the peanut oil you plan to re-use, it can cause illness in whoever consumes food cooked in the oil.

Additionally, once peanut oil has been used, even if it is placed in an air-tight container in the fridge, it only has a shelf life of 2 weeks.

Peanut oil can be reused, and many swear that reusing peanut oil can enhance the flavor of the foods they are frying. A fresh batch of peanut oil poured into a deep fryer can be used 3-5 times before it needs to be disposed of.

After this point, reusing the oil will sacrifice the flavor of the food, and it may have trouble getting hot enough to fry food, especially on the 5th time the oil is used.

This is why many frequent deep fryer users recommend only re-using the oil for 3 times maximum before switching it out for fresh oil.

For those that do decide to reuse their peanut oil, do so with caution, as there are many health risks associated with food that has been cooked in oil that has been heated to high temperatures multiple times.

In order for peanut oil to last as long as possible, it needs to be stored properly. Use the following methods to store peanut oil so it will have the longest shelf life possible.

Unopened peanut oil does best when left in the pantry, as long as it is completely sealed, and that it is placed in the back where it will be exposed to the least amount of light.

It is recommended to keep peanut oil somewhere where it will stay between 50 and 64 degrees Fahrenheit.

Peanut oil can also be stored on a countertop or in a basement, as long as it is kept away from the light, and is in a location that stays between 50 and 64 degrees Fahrenheit.

Once peanut oil has been opened, it needs to be kept in the fridge. Leave it in the original bottle if possible and set it upright so it doesn’t spill.

Remember that the fridge storing the peanut oil needs to be kept at 37 degrees Fahrenheit.

Peanut oil kept in the fridge may thicken a bit, so pull it out a few minutes prior to cooking to allow it to return to its original room temperature viscosity.

Never microwave your bottle of peanut oil in an attempt to get it to liquefy faster.

In a Glass Jar

How Can You Tell if Peanut Oil is Bad?

Despite attempts to keep peanut oil fresh in the fridge or pantry, there is always a chance it could go bad. There are a few easy ways to tell if peanut oil has gone bad, mostly by looking at it and sniffing it.

In a Deep Fryer

If the peanut oil is still in the deep fryer, look for foam on the surface of the oil. Or, dip a glass measuring cup in the oil and hold it up to the light to check for color, if it is darker than normal, or foggy, it is probably bad.

Take a whiff as well, if it smells like fish, or has a musty aroma, then the peanut oil has likely spoiled.

In the case that food has already been fried in the peanut oil, you will know it has gone bad as the food will not be cooked fully, and it will be limp and soggy rather than crispy.

To check the freshness of peanut oil that has been in the fridge, start by looking at its color. If it is darker than normal, or it appears cloudy or separated, then it is no longer safe to consume.

For those still unsure, unscrew the top and give the product a whiff. If it smells unpleasant in any way, then it should go directly into the garbage can.

Sometimes, mistakes happen and it’s possible that someone in the house may have consumed peanut oil that was spoiled. It is, however, highly unlikely for someone to be able to consume a large amount of spoiled peanut oil.

If someone does consume a large amount of bad peanut oil, it is unlikely to cause immediate effects, as the main issue with old oil is that it starts to develop free radicals over time, and these free radicals can cause cell damage.

The human body doesn’t notice cell damage right away, and neither will the individual who has consumed the bad oil, but this cell damage can eventually lead to cancer and chronic diseases which can cause major problems in the future.

Overall, it’s unfortunate that a great cooking product like peanut oil goes bad, but at least it can be used for quite a few months before it does so—as long as it is refrigerated properly in the meantime.

And on the off chance that spoiled peanut oil is consumed by accident, there will likely not be any instant ill effects. Just be sure to toss the suspected bad peanut oil in the trash and alert a health professional if you start to feel ill.